A curious thing has happened in recent years. The impression that Welsh-born journalist Stephen Jones isn't the biggest fan of Ireland appears to be mostly in the mind of Ireland fans, because the number of controversial things he says about us has reduced, and on occasion he even says some nice things about Ireland.

It's confusing, we don't really know what to make of this. So looking at the Sunday Times' experts' predictions for the Six Nations is even more confusing than that.

I won't go in the same chronological order as the article, because I want to share Jones' thoughts on what he thinks the key game of the tournament will be:

If Wales win in Dublin next Sunday they will be hard to stop. If Ireland win, they could retain the title.

Which makes sense. The Six Nations is all about momentum, so the winner of that crucial game on the first weekend will be in a great position to launch a challenge. Jones pays a compliment to both teams, and reading between the lines - he seems complimentary towards Ireland almost tipping them for the tournament. In fact, the bookies have Ireland's home advantage making them favourites for the Wales game, and given the historical performances of Wales - it's always better to get them early, as Gatland's vicious fitness regime means they get stronger the longer the tournament goes.

But, it's hard to read that and think he doesn't rate Ireland as a challenger, right? 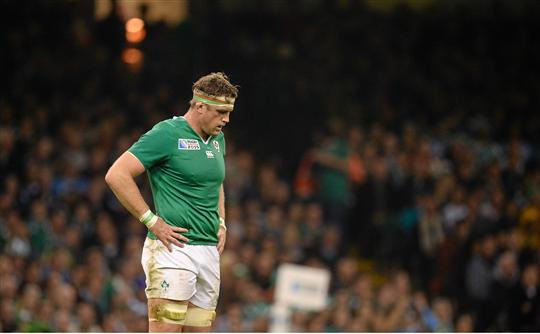 The first question put to the experts was "How will the final table look?". Jones answered:

Fourth. He goes from placing Ireland fourth to almost tipping them for the tournament. We're not sure if he's hedging his bets, or just hasn't thought things through. Maybe the other experts will have different thoughts?

From a panel that consists of Lawrence Dallaglio, Stuart Barnes, Rory Lawson, Shane Horgan, and Mark Palmer as well as Jones, there were four picks of Ireland finishing fourth, with Shaggy and Mark Palmer both picking Ireland to finish third. And we thought Schmidt was being pragmatic about looking for a mid-table finish.

The other interesting predictions was four people plucking for France to finish fifth, ex-Scotland international picking Scotland to come second, with England finishing fifth. All of the experts except for Shaggy picked Wales to come first, with Horgan agreeing with us and going for England.

See Also: Joe Schmidt Is Really Trying To Dampen Irish Expectations Ahead Of The Six Nations

See Also: 8 Things That Will Definitely Happen In The 2016 Six Nations