Tadhg Furlong has been included in World Rugby Men's 15's Team of the Year.

The Leinster and Ireland tighthead prop is the only Irish player included on the team.

The remainder of the team comprises five from South Africa, three from New Zealand, two from Australia, and one each from English, France, Scotland and Wales.

Introducing the 2021 Men's 15s Dream Team of the Year, in association with @Capgemini#WorldRugbyAwards pic.twitter.com/wyu0X466M3

Former Ireland international Luke Fitzgerald said this week that he was surprised that Furlong had not been nominated for the award.

"He's so much better than anyone else in the world in that position," said Fitzgerald.

"It's amazed me how Furlong has gone without a nomination so far because I think he's unbelievable.

"He's basically like a back rower around the pitch but he can do all the tough and grimy stuff as well."

Featured image: 21 November 2021; Tadhg Furlong of Ireland during the Autumn Nations Series match between Ireland and Argentina at Aviva Stadium in Dublin. Photo by Brendan Moran/Sportsfile

See Also: Best Questions Use Of 'God Save The Queen' For Northern Ireland Teams 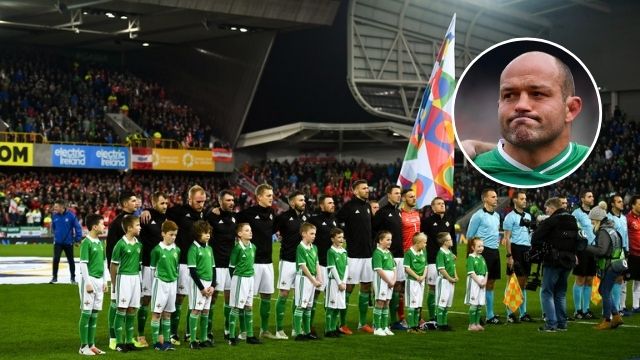