Tears In 2006, Tears Today: What It Was Like To Grow Up In Killaloe Worshiping Anthony Foley

As a child in Killaloe, my home was the local GAA field, or simply "The Hurling Field". We'd go up there every day of the week in the summer, usually with a football, sometimes with hurleys and sliotars.

One particular day, we were about to get going with a game of football when we noticed a solitary figure training alone on the other side of the field. We realised who it was, and sent one of the lads home to get his rarely-used rugby ball.

That man was Anthony Foley. We asked him if he'd have a game of rugby with us. He immediately abandoned his own personal session, and gave over the rest of his afternoon for an impromptu rugby training session with a bunch of kids he didn't know, or at least didn't know well.

It was an incredible experience and one of the best memories of my childhood.

Foley was from Killaloe and he lived there his entire life. At the time, he was in between stints with the Ireland team. After making his debut and scoring a try against England in 1995, he was out in the cold for over four years, captaining Shannon to AIL title after AIL title before professional rugby players became tied to their provinces only. 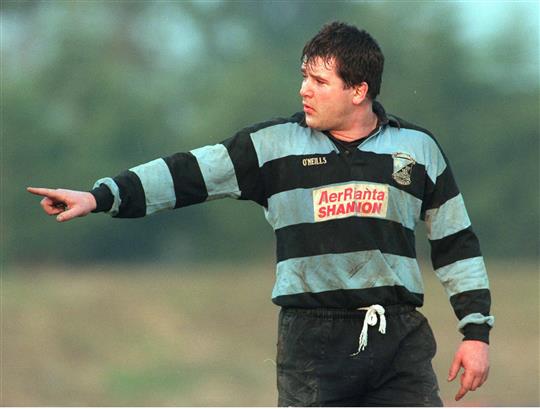 In those years, my dad would bring me to Donnybrook for Ireland "A" games purely to watch Foley play. We would often run into his dad Brendan at the game and watch them beside him. We wondered what he had to do to get back into the Ireland first team.

When Warren Gatland decided to shake things up in 2000, and bring in some of the spirit of Munster into the Ireland team, it had to mean the recall of Foley. He embodied everything that was great about that Munster era. Galwey and Clohessy were the old guard, Stringer and O'Gara the new, but Foley was the leader.

I watched rugby in those years with basically a playercam on Foley. I was constantly looking for others to notice his accomplishments.

I remember Jonathan Davies mention Foley when he went off injured against Wales in 2003. Davies talked at half time about how much Ireland were missing him. I couldn't believe it. I don't think I'd ever heard his name in analysis before unless it was George Hook criticising him. "Paris is the springtime is not the place for Anthony Foley" he once said on RTÉ, probably proving Foley was doing something right if Hook had taken against him.

Over time, it was incredible to realise that people who knew rugby a lot better than this anxiety-ridden fan also appreciated his talents. Warren Gatland, Eddie O'Sullivan, Declan Kidney and Alan Gaffney all couldn't have done without him in those years.

When Munster finally won the Heineken Cup in 2006, I was on the other side of the world. Most of my family were in Cardiff. I found a little Munster hub in Melbourne, nothing but Cork and Munster jerseys in the middle of the night. It was an amazing culmination of a long journey for the team. It was such an incredible night, but it didn't dawn on me how much it meant to me until Anthony Foley, the Munster captain, lifted the trophy for the first time. I shocked myself by bursting into tears. 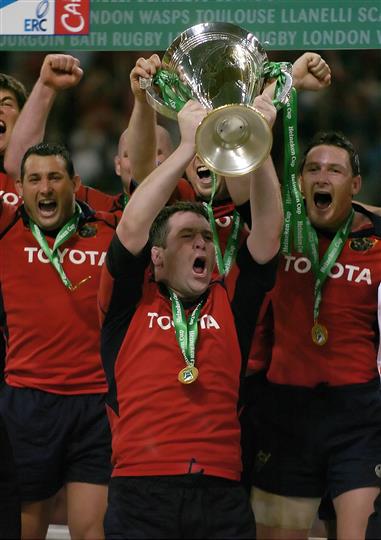 This was a Killaloe man lifting the European Cup and here I was in Melbourne surrounded by Munster fans. It was pure pride.

I spent the next hour trying to get through to my dad in Cardiff. It took a while, but I needed to talk to someone to convey the emotion of the occasion.

Today I again burst into tears, and I again had to ring my dad. I immediately remembered the man who gave up his day to teach us rugby. That was Anthony Foley. That was the man you'll read about this week as a true leader of men.

Rugby
11 months ago
By Balls Team
Four-In-A-Row: Anthony Foley And The Great Shannon Team Of The 1990s
Football
2 years ago
By Balls Team
Treasure Trove Of Great Sports Documentaries Available On New-Look RTÉ Player
Rugby
2 years ago
By Maurice Brosnan
What Johnny Sexton Did For Anthony Foley's Family Was Absolutely Class
Popular on Balls
Football
13 hours ago
By Jonathan Byrne
Duffy's Redemption Complete As Potter Won't Replace £50 Million White
GAA
18 hours ago
By PJ Browne
20 Years After Last Wexford Hurling Final, Rapps' Mossy Mahon Gets The Win
Golf
19 hours ago
By Balls Team
10 Years On, Remembering Graeme McDowell And The Greatest Video Ever Made
GAA
15 hours ago
By Jonathan Byrne
Laois County Board Investigating Wild Brawl At Senior Football Match