Outstanding Robbie Henshaw Returned And Looked Like He Never Left

There was something inconceivable about a hurtling Robbie Henshaw torpedoing down the 10-12 channel with the velocity of a runaway train. This is a man reduced to a heap just over ten weeks ago, sucking on oxygen and requiring Ciaran Cosgrave's assistance to cradle his dislocated shoulder. They very same shoulder that he utilised to bulldoze Scott Williams five yards rearwards. 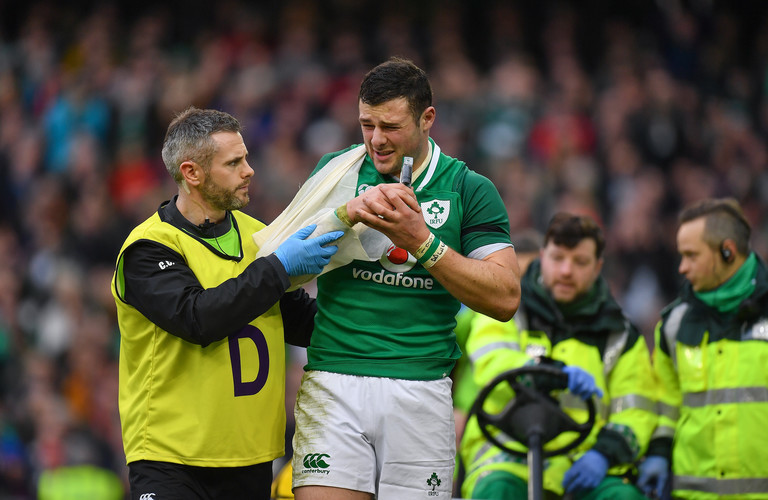 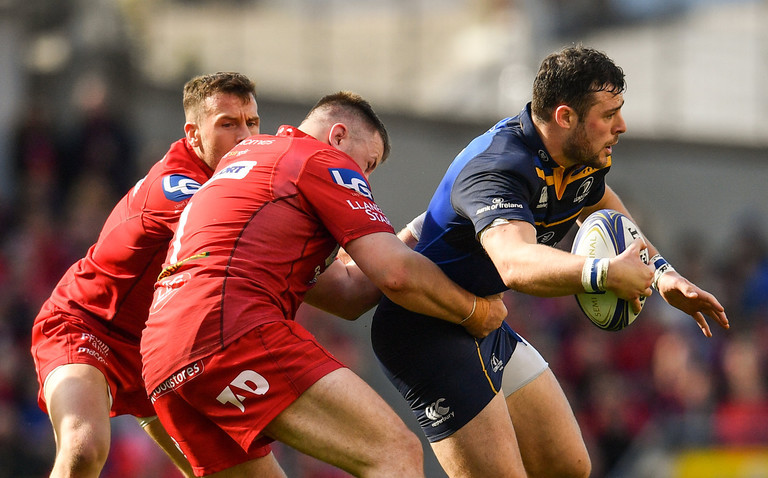 Henshaw is a bits and pieces man. His work ethic leads to an extraordinary ability to roll up the sleeves and embrace the 'dirty work.' Whether it be the selfless first up carries or the committed clear-outs, the 24-year-old's remarkable recovery saw him return today and spearhead a dominant Leinster semi-final masterclass.

Absolutely incredible that @robhenshaw is back playing today after a full shoulder reconstruction 10 weeks ago. To dispel any rumors it was a lesser injury it wasn’t! Massive credit to him, the Leinster medical staff and the surgeon for being so cutting edge (yep excuse the pun) pic.twitter.com/lD7DLrKu4k

This is a staggering performance from Robbie Henshaw.

10 weeks after having his shoulder reconstructed. Talk about commitment to the cause.

You'd never know that Henshaw has had a shoulder reconstruction.

For the entirety of the tournament, Leinster have been peerless. There is a steel beneath their style that Henshaw epitomises. So much of this genesis's produce is thanks to the heavy lifting done by several members of their pack and the likes of Henshaw. His relentless carrying pries open doors, his tenacious tackling slams them closed.

The Sexton - Henshaw - Ringrose axis is one of the greatest in rugby currently. On both sides of the ball, that trio is capable of producing game-changing strike plays. In this Aviva Stadium clash, Henshaw epitomised this. Never was it a carry for a carries sake, if he wasn't breaking the gainline he was freeing up his hands to try offload and set an onrushing Ringrose, McFadden or Lamour free.

Definitely the most painful try I’ve scored! Gotta take the good with the bad, thanks so much for the support ☘️ I’ll be back ?

In the same vein as the Terminator, Henshaw's immediate response when posting about his injury was a forewarning 'I'll be back.' Today he did indeed return, and instantly showed us what we all missed.

SEE ALSO: A Look At Why Neither Champions Cup Semi-Final Will Sell-Out

Rugby
1 month ago
By Sean Meehan
EPCR Confirm That The Champions Cup And Challenge Cup Have Been Suspended
Rugby
1 month ago
By Gary Connaughton
Potential Champions Cup Postponements Leave Six Nations In Doubt
Rugby
2 months ago
By Donny Mahoney
Munster Fans In Awe After Incredible Comeback Win Away To Clermont
Popular on Balls
GAA
20 hours ago
By PJ Browne
'I Have Pictures Of Stephen Cluxton All Around My House, It’s A Bit Weird!'
Rugby
21 hours ago
By Balls Team
Son Of Offaly Hurling Legend Set For Super Rugby Debut
The Rewind
19 hours ago
By Sean Meehan
Introducing The Vote For Ireland's Greatest Singalong Song
Rugby
17 hours ago
By Eoin Harrington
Rob Kearney Player Mic Gives Great Insight On Western Force Debut