Despite increased understanding and vast technological advancements, not every sport has been quick when it comes to embracing advanced metrics. In fact, some have been downright glacial.

In America, baseball led the way with basketball quick to follow. The NFL was slower in this regard, but the new breed of young and progressive general managers and coaches have brought forth a new age.

Take the two-point conversion, once a rare phenomenon. In American football, a team can kick for one point after a touchdown or run/pass the ball into the end zone for two points. Between 2000 and 2017, it only happened twice that a team who were down by 14 points, scored a touchdown to cut the deficit to eight and then went for two. 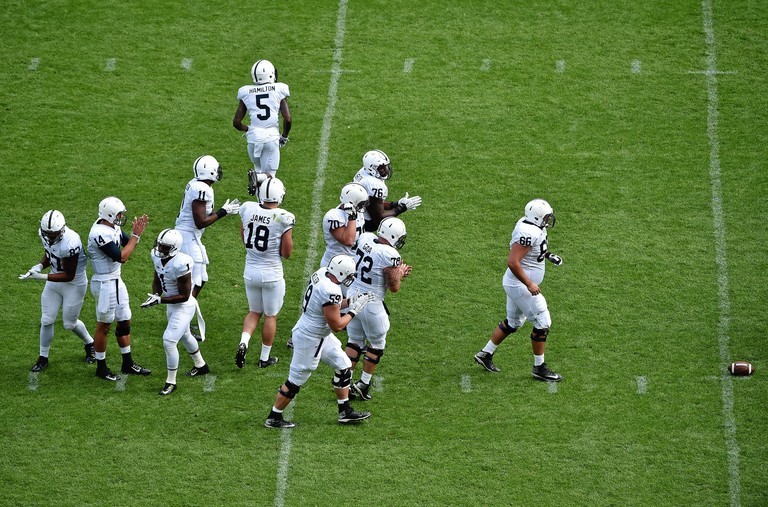 That has drastically changed. Now teams are going for it more than ever. The reason is that the numbers show that this is the way to go when searching for a victory. Across the 2018 and 2019 NFL seasons, teams converted two-point conversion attempts 49.4% of the time. The one-point conversion rate is 94.1%.

Put simply, a team has, on average, nearly a one in two chance of scoring a two-point conversion. If they are 14 points down, they need at least two touchdowns. If the team converts on the first two-point try, it only needs a one-point conversion on the second touchdown to win. If it fails, the team knows that it has to go for two again the second time to have a chance to tie.

This is just one of the many way analytics have influenced the game. Recruitment, scouting and play-calling have all been revolutionised.

Rugby is another sport that lags behind in this regard. Just this week England coach Eddie Jones pointed to the advancements in football as where the game needs to go.

“We’re in nursery school now, whereas Liverpool are doing their PhD at Oxford University. We have got a fair way to go," he explained. 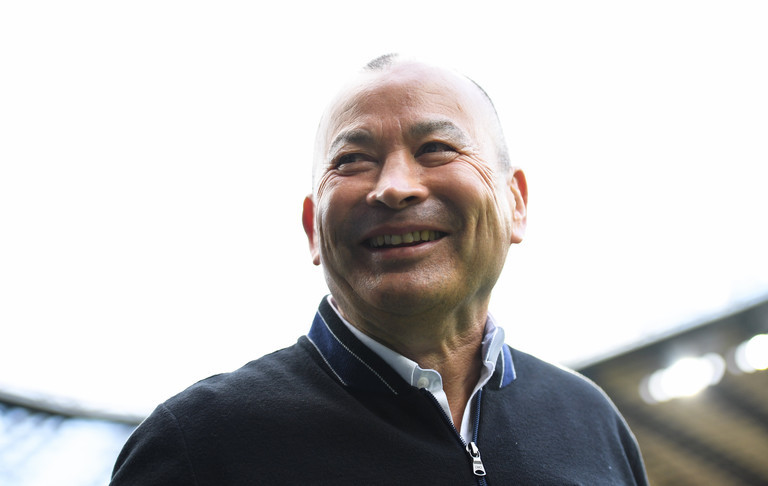 The Australian recently met with Liverpool’s director of research, Ian Graham to discuss methods of assessing work-rate off the ball. Previously he studied the Red Bull soccer family and how they use data to recruit players.

While rugby does use analytics for monitoring fitness and injury prevention, tactical evolution is not as widespread. Can the game learn from other codes? Jones certainly thinks so, as he said earlier this year.

“The game keeps changing. I see this game now where it is basically a mixture of NFL and soccer. You’ve got the first three phases that are basically all power and precision. Then you have the kick-return game which then basically becomes football."

Anyone who read the England boss's autobiography will know numbers play a big role in his management. The same is true for Saracens, who built entire game plans based on numbers. By analysing data they determined the most effective style of rugby and then incorporated this information to give themselves the best chance of success.

The question needs to be asked, can the same be said for Ireland?

Consider the lineout. It was once their trademark move. A supreme weapon that Joe Schmidt utilised to devastating effect throughout 2018. Ireland consistently kicked to the corner instead of kicking at goal and mauled over for a try.

That's no longer the case. A weaker set-piece and refined maul laws ensure the defending team have an advantage. Yet still, Andy Farrell's side have pursued a policy of kicking to the corner regularly.

Last Saturday, Ireland twice had opportunities to kick at goal rather than to the corner. When 5-0 behind, they kicked for the corner and failed to convert. When 12-0 behind, they did similar with the same outcome. 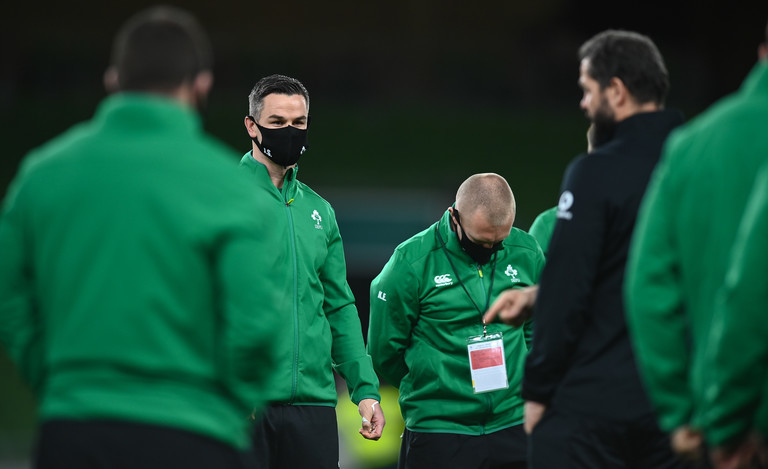 Some elementary maths: In 2020, Jonathan Sexton's success rate kicking has been 78%. This is about average; Owen Farrell is currently operating at 80%. Sexton's figure means an average of 2.3 points per penalty kick. Therefore, the probability of a kick to the corner leading to a converted try would have to be greater than one in three to be seen as a better option statistically.

But as highlighted by Rugby Mag, chief scientist for New Zealand Rugby Ken Quarrie has analysed this very issue in Super Rugby. He determined that teams opting for a lineout within 15m of the opposition try-line were only scoring 27% of the time.

In the northern hemisphere, you can see this trend in effect. Argentina beat New Zealand and drew with Australia by taking the bulk of their opportunities to kick at goal. Across those two games, they kicked 11 penalties and scored one try.

Yesterday, New Zealand had their revenge in a 38-0 victory. Interestingly, the All Blacks also took early opportunities to kick at the posts instead of going to the corner. Richie Mo'unga kicked a first-half penalty while he also missed one attempt, as did Jordie Barrett.

Ireland could point to the fact that nine of their 17 tries in the 2020 Six Nations came from going to the corner. It has also been a successful tactic for Leinster and Munster in the Pro14.

However, a crucial factor is the opposition. At the highest level against physically imposing opposition, the policy hasn't worked. It failed in the last two outings against England. In the Six Nations against France, twice in the first half Sexton kicked to the corner instead of at goal and both times the maul was held.

Just before half time, Sexton kicks to the corner. 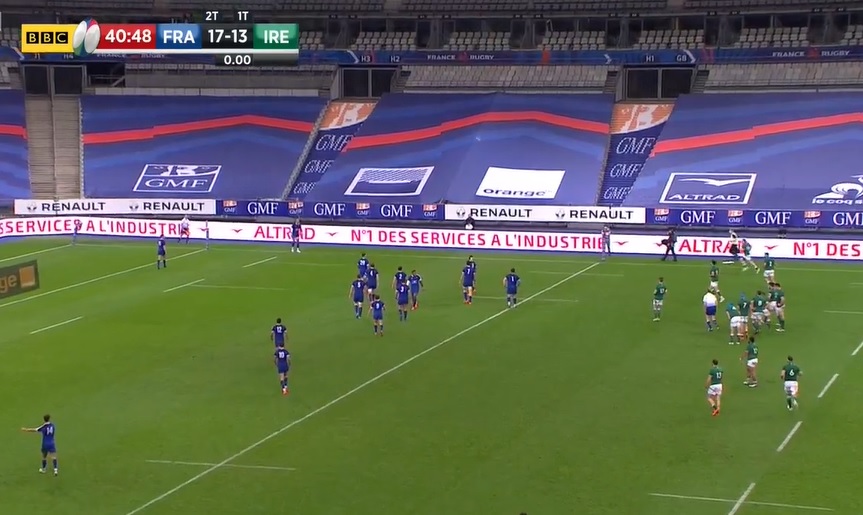 Ireland find Tadhg Beirne. France do not compete with a jumper and set an early counter maul. 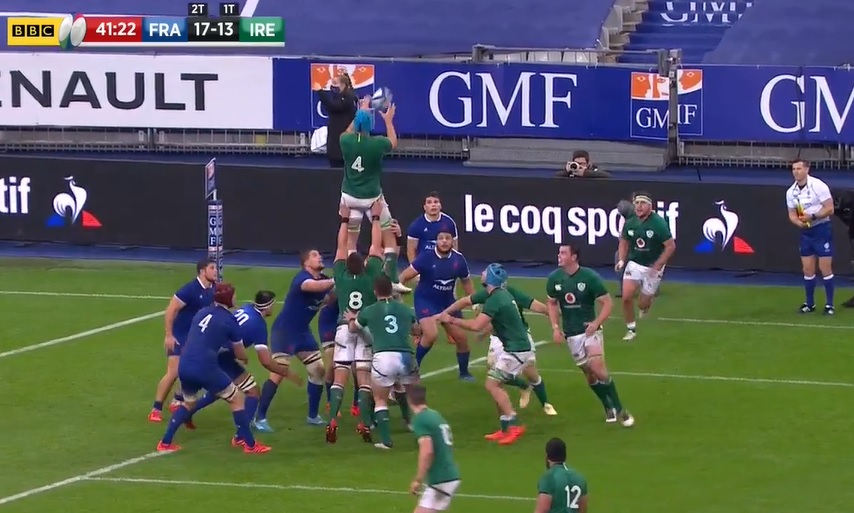 Beirne passes the ball to Will Connors (red). Ireland try to move infield but it is a messy transition. Cian Healy is not latched and the counter maul can squeeze up the middle and tackle Connors. 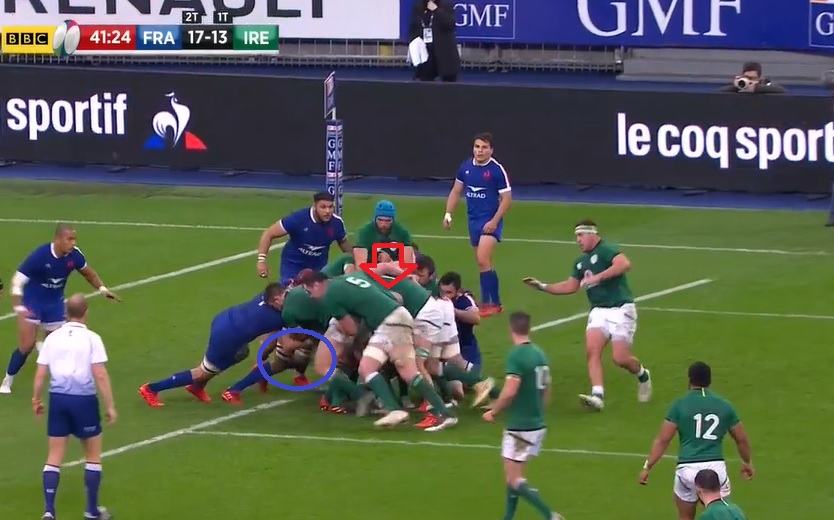 Connors goes to ground as France use Ireland's infield momentum against them. The maul breaks down. 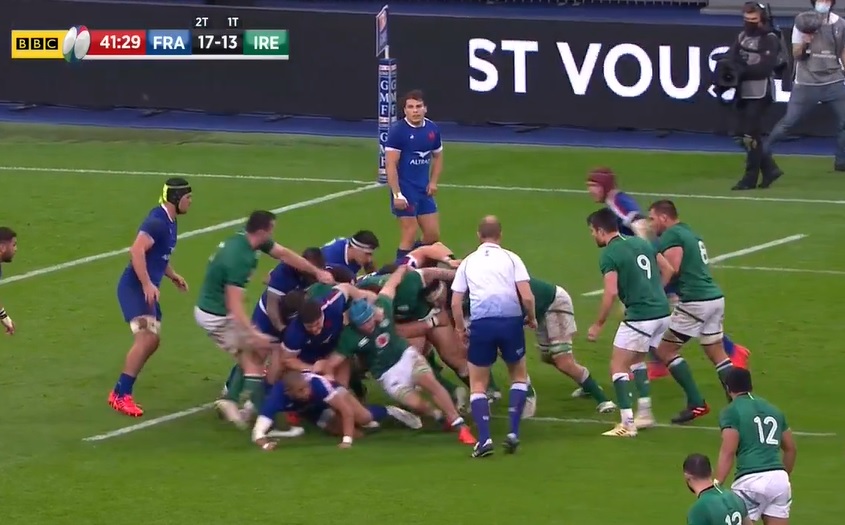 Four phases later, Ireland are penalised for going off feet at the ruck. 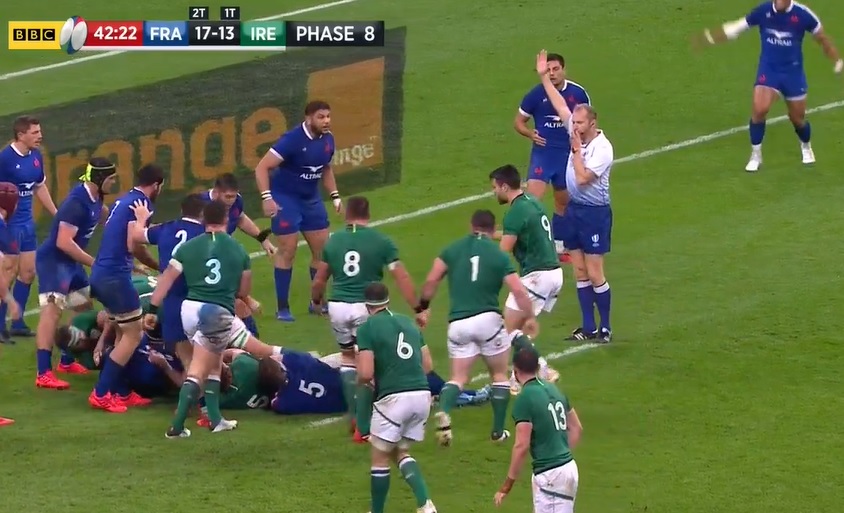 Speaking last week, Ireland captain James Ryan explained the decisions against England were based on what their kicker felt in the moment.

“I spoke to Ross before the game and said, ‘look, if you want to take the points, have a go when we get a penalty, let me know’. I looked at him and he said ‘let’s go for the corner’. If that’s how he feels then we’ve got to have enough belief in and confidence in us as a pack to have a crack. It’s not something I massively regret," he said in his post-match press conference.

In-game decision-making is an important skill that this team needs to develop but equally, relying on the confidence levels of an inexperienced out half does not seem best practice.

As Paul O'Connell explained on BBC after that Six Nations loss against France, it makes sense to go to the corner when the home side were down to 14 but when it is 15 on 15 in a tight game, three points is the smarter option.

A relatively straightforward point: it's time Ireland grasped it.