With Robbie Henshaw set to make his first test start for The Lions on Saturday, a big name has made way on the most capped Irish XV to never win a Lions cap.

Looking through history, some of the greatest Lions of all time - from Jackie Kyle, to Mike Gibson, to Willie John McBride, to Brian O'Driscoll, to Paul O'Connell - have been Irish. But there are a number of legends of Irish rugby who never quite made a Lions test team. Even more have never even worn the red of the Lions.

We've looked through the Irish cap records and found a pretty incredible team by picking the most capped player in every position not to win a test cap for the Lions.

We think this makes a pretty good matchday 23! 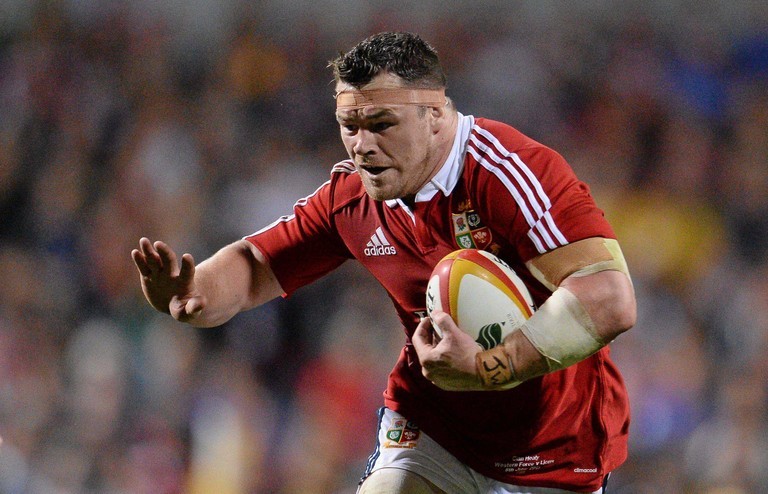 This one is a surprise. Unfortunately though, Healy's long career has also been one full of injuries, and timing didn't quite work in his favour either.

Healy only made his Irish debut in the Autumn of 2009, after the Lions tour of South Africa. He was a sure thing for the 2013 tour of Australia, but suffered an ankle injury against Western Force two weeks before the first test. Healy was then very unlucky not to be selected for the 2017 tour of New Zealand. His then Leinster and Ireland teammate Jack McGrath was given the nod ahead of him by Warren Gatland.

33 now, and still racking up the caps for Ireland, it was hoped that Healy break his duck this summer, but in the end, he wasn't even selected for the tour. 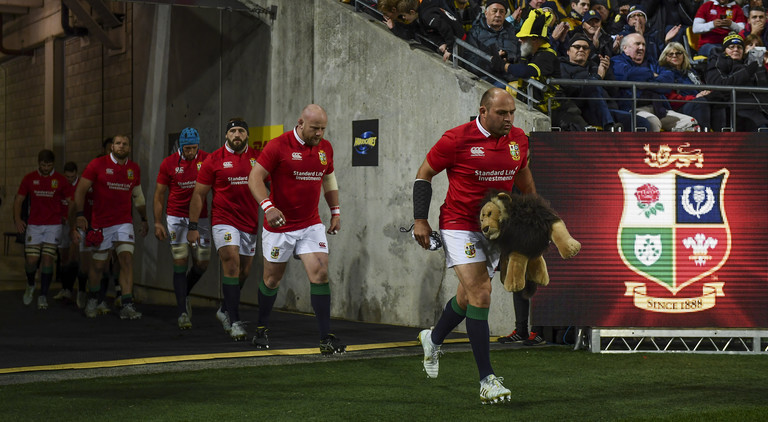 Definitely one of the most unlucky people to be on this list, the former Irish captain toured twice with the Lions under Warren Gatland, but never won a test cap. Behind Tom Youngs and Richard Hibbard in the pecking order in 2013, the Ulster and Ireland hooker was again behind English and Welsh counterparts for the Test selection in 2017 with Jamie George and Ken Owens preferred by Gatland.

Best did however captain the midweek team on two occasions. 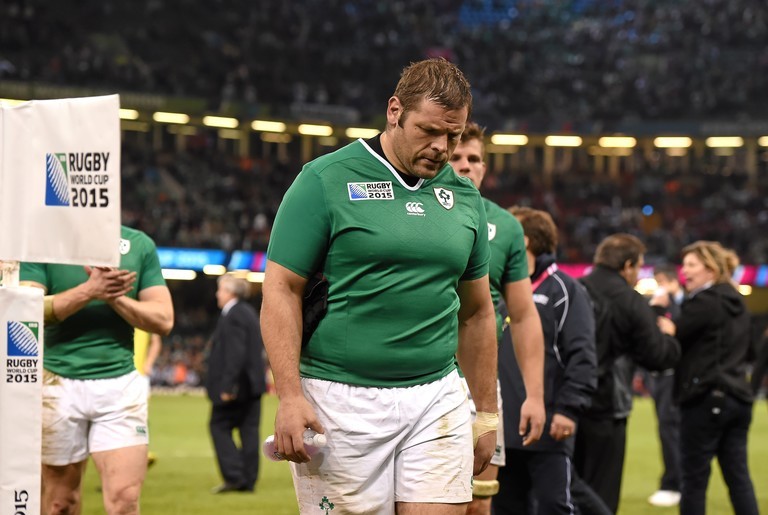 The first of the team that never went on a Lions tour, but nonetheless the Cork man who made his name with Leinster completes an impressive international front row.

Ross may have never been considered for a Lions tour, but did win two Six Nations titles, as well as two Heineken Cups in a stellar career. 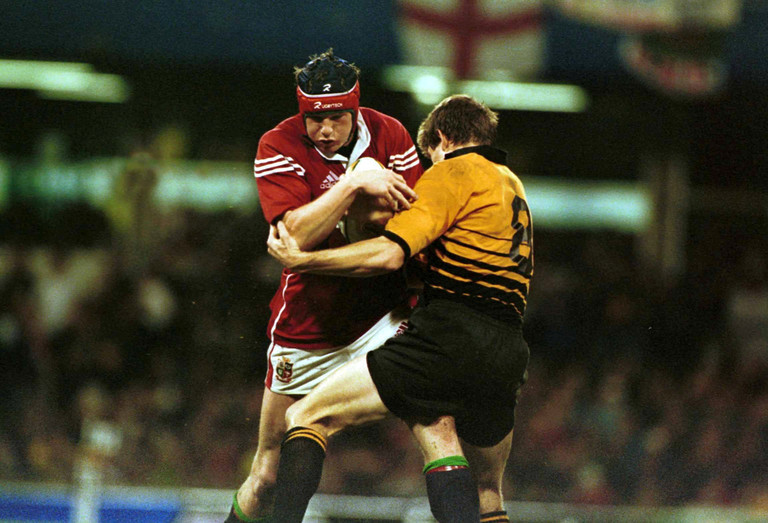 Arguably the most hard done-by player in the team. Big Mal went to Australia in 2001 under Graham Henry and to New Zealand in 2005 when Clive Woodward was in charge.

While captain Martin Johnson was a certainty in 2001, it was between O'Kelly, Scott Murray, and Johnson's English teammate Danny Grewcock to partner him. O'Kelly was the form player of the trio, but Henry opted for Grewcock, and flooded his bench with two backrows, and Mal was left out in the cold.

By 2005, O'Kelly's tour was over before it even began. Two days before the first game of the tour, he was replaced in the squad after failing to recover from a groin injury picked up in a Lions training camp. Given Irish pair Paul O'Connell and Donncha O'Callaghan started all three tests, it's very likely Mal would have seen game time against the All Blacks. 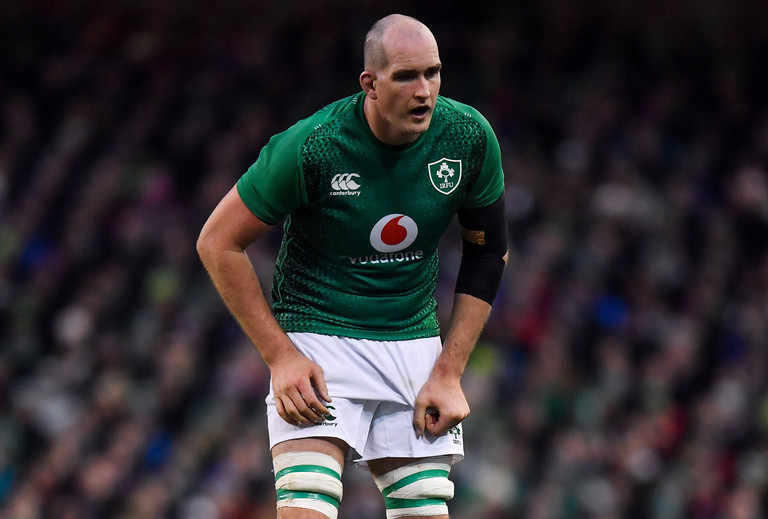 Devin Toner never made a Lions tour, despite a brilliant career with Leinster and Ireland. His best chance came in 2017 for a tour in which there was unbelievable competition in his position with Alun Wyn Jones and Maro Itoje in particular dead certs for places. 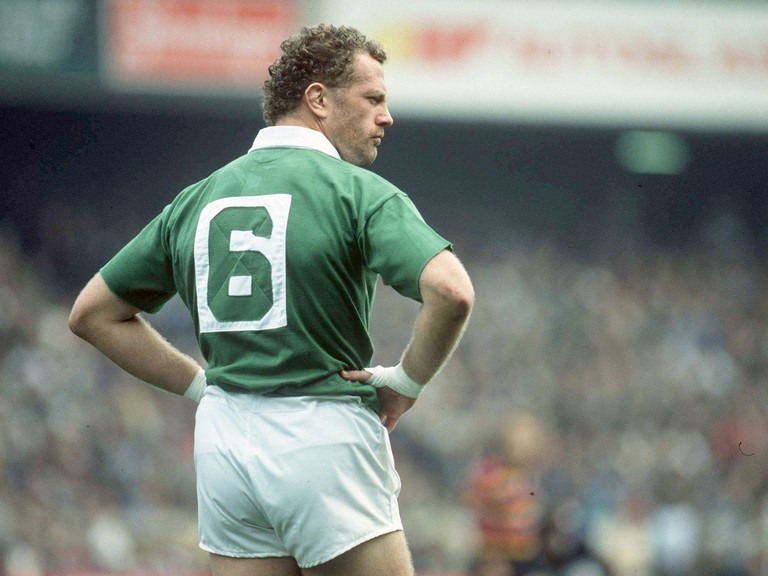 Playing in an era of slightly smaller Lions squads, the captain of the 1991 Irish World Cup team was perhaps unlucky not to be selected on the tour of Australia in 1989. 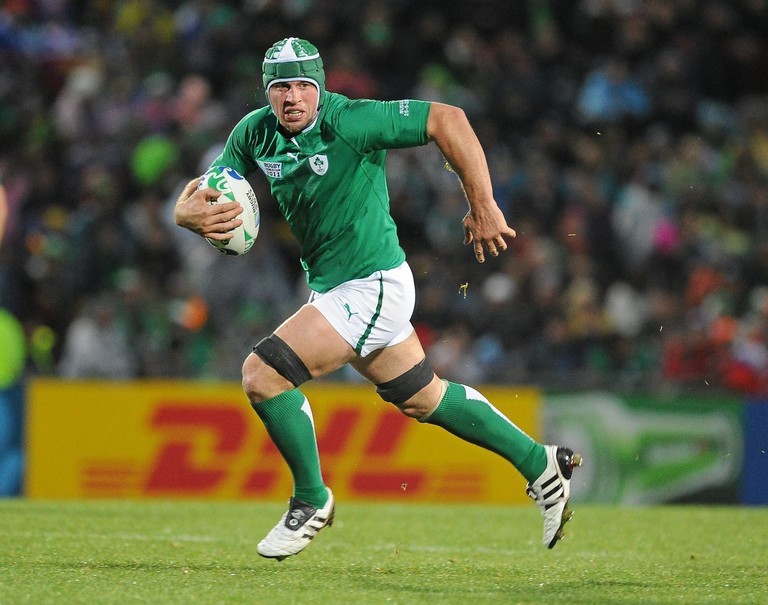 Forced to do a bit of rejigging in the backrow to pick a reasonable team based on caps, we've had to move Leamy out of his customary Number 8 and 6 positions for this team. He did however make his Ireland debut on the open-side.

The former Munster captain enjoyed a brilliant career, taking over from the legendary Anthony Foley at provincial and national level, winning a couple of Heineken Cups along the way, along with the 2009 Grand Slam, and two Triple Crowns. 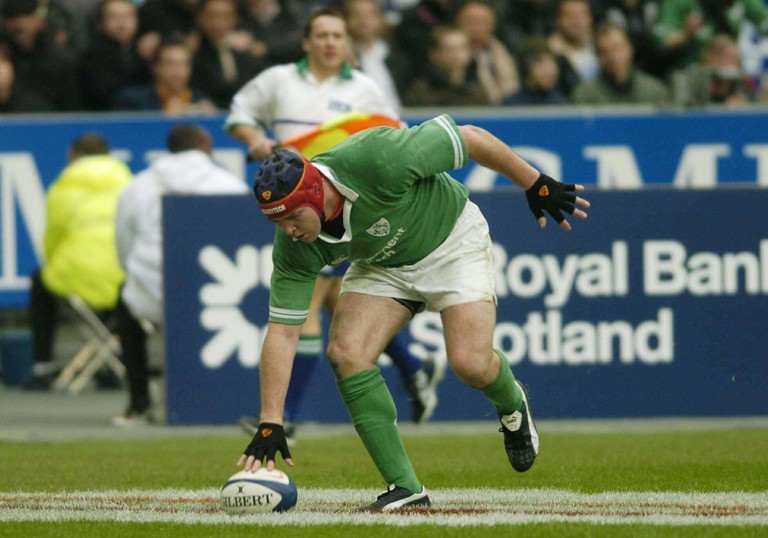 A Heineken Cup winning captain in 2006, Foley's real chance with The Lions should have come in 2001, but he was overlooked by Graham Henry, despite consistently brilliant form for province and country. While Lawrence Dallaglio and Scott Quinnell were worthy Lions , it's hard to imagine a Lions squad with Foley around for a couple of months wouldn't be vastly improved by his presence, even if a test berth was beyond him. Both Simon Taylor and his injury replacement Martin Corry were very lucky to have been selected ahead of the Killaloe man. 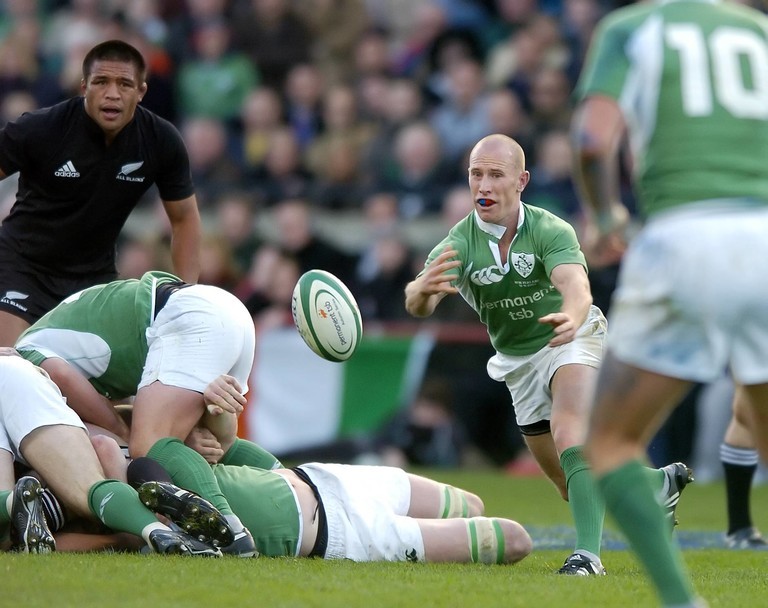 Another Munster man it's hard to believe never even made it into a squad despite nearly 100 caps for his country. In 2001 and 2005, Stringer was surely among the top three scrum-halves in the home nations. Instead, he was consistently passed over. English duo Austin Healey and Matt Dawson were there in 2001, along with Rob Howley. Bizarrely, when Howley left with injury, Scot Andy Nicol was called up ahead of Stringer.

In 2005, four scrum halves were chosen by Woodward, with Dwayne Peel, Gareth Cooper, Dawson again, and Chris Cusiter chosen ahead of Stringer. Make of that what you will.

Out Half: David Humphreys 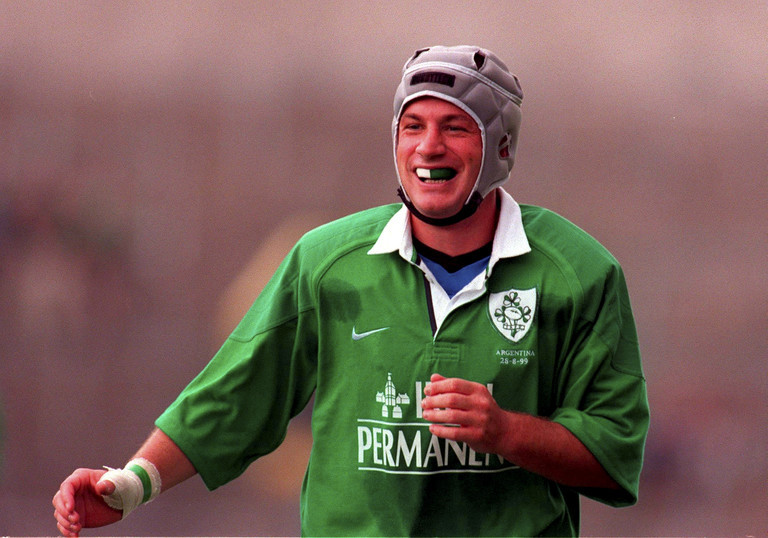 You could argue David Humphreys was a victim of timing more than anything else when it came to Lions selections. The Ulster out-half played his best rugby in between tours, unfortunately for him.

In 1997, he was just becoming established on a poor Ireland team. England's Paul Grayson and Mike Catt, Neil Jenkins of Wales and Scotland's Gregor Townsend were all possible Number 10s for that tour of South Africa.

A couple of years later, Humphreys was playing scintilating rugby as Ulster captured their sole Heineken Cup and was established as Ireland's first choice out-half for the World Cup.

By 2001 though, his place in the Ireland team had come under threat from Ronan O'Gara. With arguably a direct choice between the two, Graham Henry went with the younger option, and Humphreys was left at home again, with Johnny Wilkinson and Jenkins also selected.

Humphreys was 34 by the time the next tour came around and O'Gara was firmly established ahead of him with Ireland. Even so, his selection was a possibility with an injured Jonny Wilkinson uncertain to travel. In the end Wilkinson made it, and his English teammate Charlie Hodgson also got the nod, with ROG and Stephen Jones. 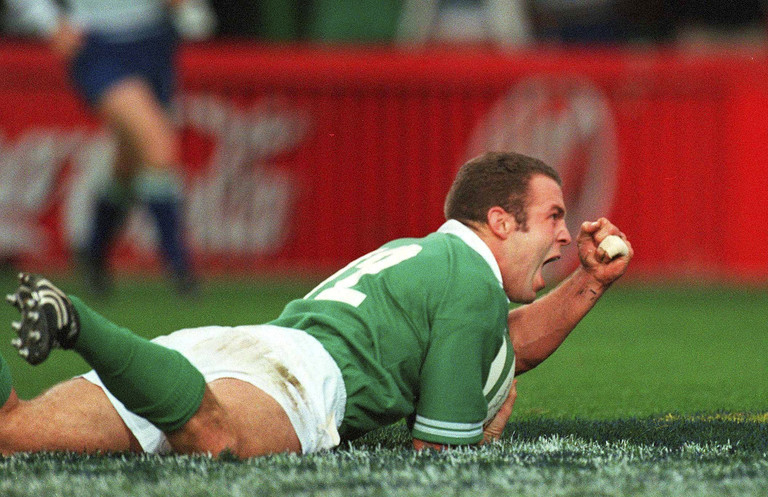 Maggs' 70 Ireland caps will surprise some, but in his eight year Ireland career, he was rarely absent from the teamsheet. Unfortunately for the former Bristol, Bath, and Ulster, his best chance for a call up would have been the 2001 tour of Australia, but two other Irish centres, Brian O'Driscoll and Rob Henderson, had starred in the months prior. Maggs has his Ireland place back by that autumn though, and would go on to star in the 2003 World Cup. 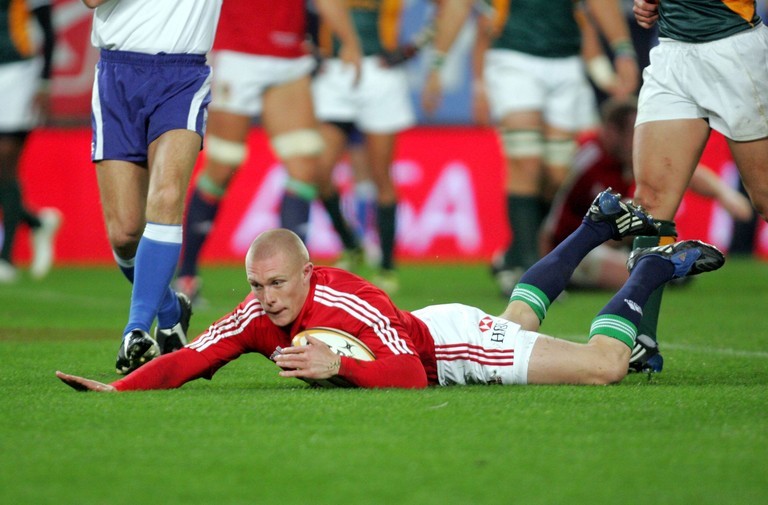 Earls was a surprise call-up to Ian McGeechan's 2009 squad as a 21-year-old, despite not yet being established in the Ireland team.  Selected at full-back in his opening game, Earls had a nightmare that unfortunately defines his Lions career for many. What is often forgotten is that he bounced back later in the tour, playing four more times, impressively, scoring two tries.

It was assumed we would see Earls back in Lions contention in Australia and New Zealand but he was never chosen by Warren Gatland. Time worked against him somewhat in 2017.

After a string of injuries, Earls was back in form for the 2017 Six Nations and was a live contender for selection. Had the tour been 12 months later however, he would have been a dead cert. Earls ripped it up for Ireland in Japan while the Lions were in New Zealand and went on to play a pivotal part in the 2018 Grand Slam effort, playing arguably the best rugby of his career for the couple of years after Gatland overlooked him for the tour.

After another fine season this year, there was an outside hope of a second call-up 12 years later, but in the end, the Limerick man's Lions career will only consist of that brief cameo as a young man. 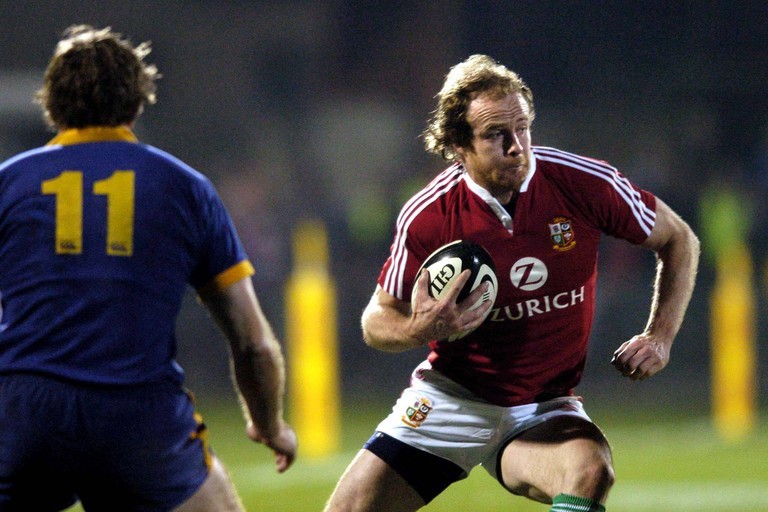 The Leinster winger was a member of Clive Woodward's doomed tour of 2005, and despite playing well for the midweek team, there was never any room for bolters, even with the tour going down the toilet. 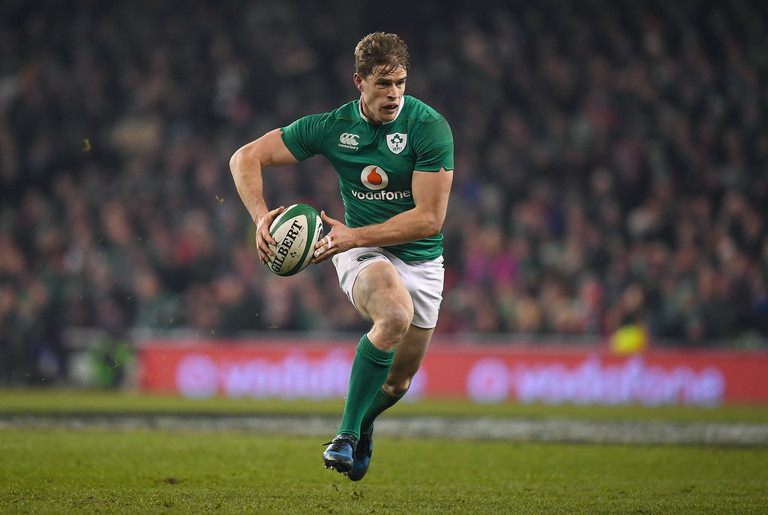 Trimble was another whose form didn't quite correlate with Lions tours. In 2013, he found himself out of Joe Schmidt's team. By 2014, he was the IRUPA Player's Player of the Year, starring in Ireland's successful Six Nations campaign, even scoring the winning try in the Championship decider in Paris.

After injury ruled him out of much of 2015, and after missing the World Cup, but was back in the Ireland team in 2016 and '17, only for injury to curtail his 2017 Six Nations campaign. It pushed him further down the pecking order for Warren Gatland for the tour of New Zealand, and he ended up missing out alongside Keith Earls. 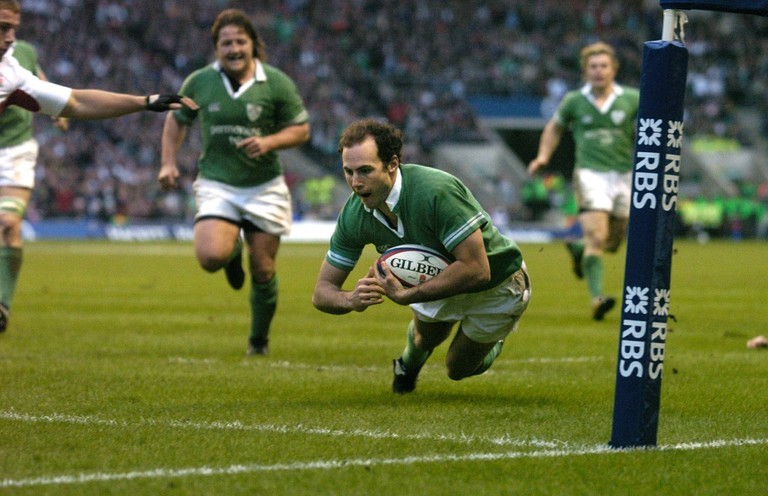 Girv The Swerve was arguably the Anthony Foley of the backs for Ireland. Unfancied at times by those on the outside, but valued beyond measure and consistently picked by his coaches. Constantly under pressure in the media for Ireland's number 15 shirt, Dempsey was a constant presence under Warren Gatland and Eddie O'Sullivan in Ireland's renaissance years of the early 2000s.

Unfortunately, a Lions call up never seemed on the cards for the Leinster man. When you watch back the 2001 Lions tests now only to see Matt Perry starting at fullback, it becomes difficult to see why. By 2005, it was not surprise to see his constant rival Geordan Murphy selected ahead of him by an English coach, given his standing in England with Leicester, while Josh Lewsey and Gareth Thomas represented significant improvement in the position from four years prior.

(Clohessy was selected for the 1997 tour of South Africa but was ruled out prior to the tour and replaced with Paul Wallace, who would go on to be the test starter)

(Stephenson won an incredible 42 caps for Ireland between 1920 and 1930, a world record of international caps that lasted 27 years, and his 14 tries was an Irish record for 62 years! A doctor from Dromore in Co. Down, he played on the wing and in the centre during his illustrious career. We've no idea why he appears to have never played for "The British Isles" on their tours of the 1920s.)

Listen: The 8 Names Ryle Nugent Loves Saying The Most 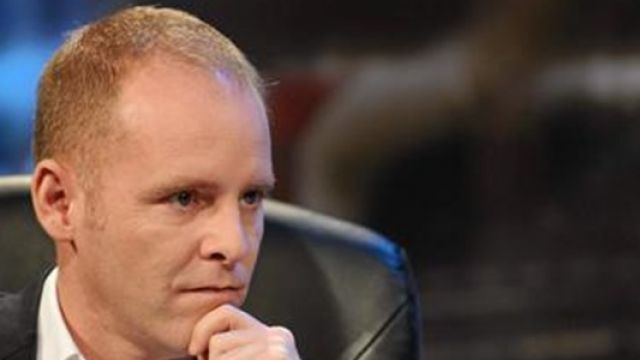