The bookies are rarely wrong. When a handicap total is put up, it's almost always a result at around that mark. For the PRO12 final, all the bookmakers are united. Leinster are heavy favourites - available from 5/2 to a best price 4/9 - are considered to be between five and six points.

For most rugby fans, that's a sign that Leinster should be winning the game, and winning it handily. But strangely, the vast majority of the media isn't going along with the bookies train of thinking.

There is no shortage of articles all tipping Connacht to crown their fairytale season, and it's not just the Irish media getting in on the act.

There is no less than five articles from the Irish Independent from columnists and reporters alike who are tipping the men out West. That's combined with Duncan Smith of the Scotsman also getting behind Lam's men. Gerry Thornley of the Irish Times is the only one who thinks Leinster can do it.

Let's start with the outsider, because it does seem that Connacht will be neutral's choice to win. It's not just the rest of Ireland that will be behind Lam's men:

A breakdown of Irish support for #Pro12 final 😂 #ConnachtAbu pic.twitter.com/H8k9d876JZ

Smith thinks that the continuity that Connacht are able to have by naming an unchanged side, compared to Leinster losing Devin Toner and Isa Nacewa will be huge, in his article entitled "Connacht can give dream season a fairytale ending"

For the Independent, Alan Quinlan leads the charge in proclaiming the Westerners chances. The Munster legend produces another excellent column where he relates his experiences with what Connacht are going through. Quinlan lays down a series of logical arguments about why Connacht are ready to win today:

The more I see of them, the more I get the sense that they are on a mission, that - like Leicester City - they are not going to implode, that they believe they can keep going right until the end.

Quinlan highlights the scalps they've taken to get to this point - beating Munster in Thomond Park, the ambition that they play with, the character tests they've been through after losing to Cardiff, Leinster, and Ulster. He was impressed with their response to those losses, culminating in that tough 7-6 win over Leinster, and their improved game management.

And it is moments like that which make me believe Connacht can win today. Even though Leinster are the favourites, and even though they have lifted seven trophies since 2008, there is enough evidence to suggest an upset can occur. 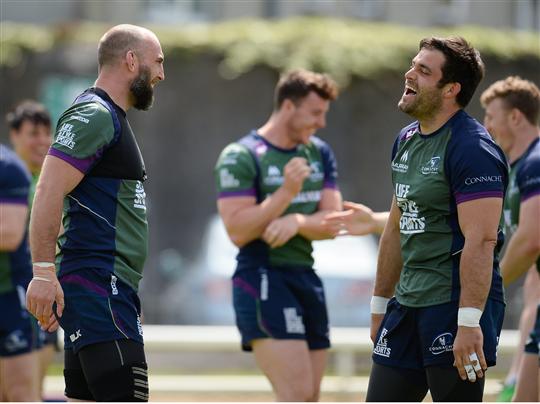 That opinion is backed up by Sinead Kissane. The TV3 reporter is a vastly under-rated columnist - and she focuses on what she saw in training during the week. It's the attitude around the place that convinces Kissane that Connacht won't be denied.

Connacht are the kind of team which can spin their nightmare trip home from a Challenge Cup game in Krasnoyarsk last November into a priceless bonding session.

Kissane thinks that the bond within the team, and the complete trust they have in themselves will be enough to upset the applecart:

Sense suggests that a more experienced Leinster side will win today but, really, who the hell knows when it comes to Lam and Muldoon's Connacht and their ability to make predictions look utterly foolish.

Tony Ward echoes Quinlan's sentiment by harking back to Connacht's victories over Munster as a sign that they can win. He does acknowledge that his head is calling for a Leinster win, but he's opting for his heart. Ruaidhri O'Connor doesn't use his heart - but plucks for the momentum of Connacht to get them over the line. The pair pick the key players of Matt Healy, Bundee Aki, and Niyi Adeolokun.

Connacht's free-flowing style, with Nigel Owens in charge - is why O'Connor opts for the westerners:

With Nigel Owens in charge, the usual Pro12 caveats about officiating don't apply and the game should flow as both teams look to play off scrum ball.

Leinster have the experience, but Connacht have the momentum. It might just be enough to get them over the line. 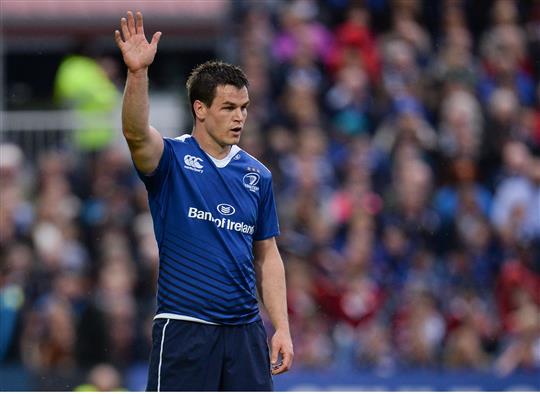 Thornley does go 'against the grain' of the media predictions to double down on his Off the Ball prediction to back Leinster's experience to do the job. Thornley acknowledges that a lot of things seem to be going Connacht's way. They have the momentum, and Leinster aren't the worst opponents for them:

Leinster, historically and recently, have always been a better fit for them [Connacht] than Ulster and likewise the flawed decision to have this final in Murrayfield appears more suitable for them than the Aviva or the RDS would have been.

But Thornley identifies just one reason why he thinks Leinster will win: Johnny Sexton. It's the reason why George Hook went for Leinster on Friday, and he is the key figure in the game. Connacht have no one of the quality of Sexton, not least in charge of the game like Sexton is:

Most of all perhaps, though, there is Sexton. Judging by the way he masterfully orchestrated proceedings in the semi-final – whether attacking the gainline, doing his wraparounds or launching moves – or sitting back in the pocket and turning the screw, he is in prime form.

I've never seen Ireland's papers split like this. It's going to be a great game.

See Also: The 5 Classic Traits Of The 'Lonnachts' - Leinster Folk Who Will Be Supporting Connacht