The Monaghan Man Who Took On Shaun Edwards

Fergus Connolly is back at work today with the Welsh RFU after serving a suspension for getting into an altercation with assistant coach Shaun Edwards.  The Welsh paper "The Western Mail" reports as to the reason behind the row.

SHAUN EDWARDS was suspended from Wales’ Six Nations clash with France after a heated bust-up over the singing of an Irish folk song on the team bus, the Western Mail can reveal today.

Warren Gatland’s No 2 missed the 28-9 defeat in Paris after he and another member of the Wales back-room staff, sports scientist Fergus Connolly, were each disciplined through the team’s code of conduct procedure.

We have learned the two men exchanged words over the song as the Welsh team were travelling back to their Vale of Glamorgan HQ after the thrilling 19-13 triumph over Brian O’Driscoll’s Ireland at the Millennium Stadium the previous Saturday.

The incident spilt over once the team bus arrived at the Vale and Gatland decided he was compelled to take disciplinary action.

Wales attempted to keep the matter under wraps, but news of the confrontation leaked out moments before the Six Nations finale with France.

Edwards worked with the players in the early build-up to that game, but was sent away from the camp in the middle of the week.

Connolly, a proud Irishman, has his finger on the pulse of sports science and looks after the well-being of the players. 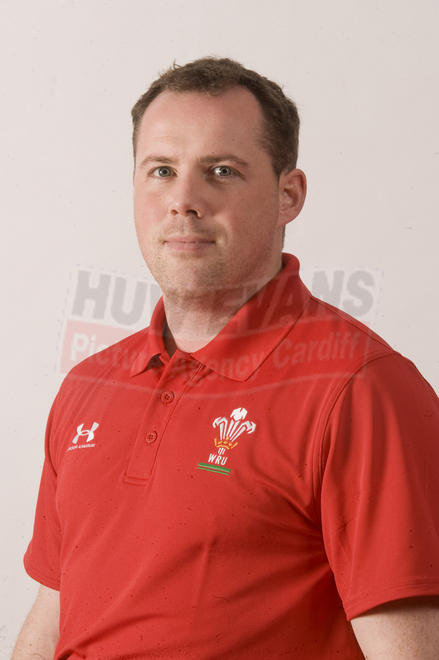 WHO IS FERGUS CONNOLLY?

“I went to Derry to try to make athletes better athletes,” he says.

“I did a lot of work with the likes of Paddy and Eoin Bradley, Conleith Gilligan, Kevin McCloy and Joe Diver, but I don’t make them better footballers.

“For instance, Joe Diver is a phenomenal athlete. Outstanding. So too is Paddy Bradley.

“If Derry get things right there’s no reason why they shouldn’t win something because they have so much talent.”

He was recently appointed to the Welsh Rugby Football Union as their sports science co-ordinator.

He has also helped prepare super bantamweight challenger Bernard Dunne for his next fight against Cristian “El Terrible” Faccio in Castlebar next week.

Connolly has travelled extensively and written many papers on sports performance.

He absorbed many lessons during his time studying America’s NFL before shadowing the world-renowned All Blacks conditioning coach Ashley Jones as well as working closely with Super 14s outfit Canterbury Crusaders.

He attended seminars at European soccer giants Bayern Munich and AC Milan and gained invaluable insight and worked with English Premiership club Bolton Wanderers before moving home last year. So what actually is it that Connolly does?

Take boxer Bernard Dunne as a case-study. The Dubliner was forced to re-appraise his preparations after suffering a devastating knock-out to Kiko Martinez last year.

“Bernard wanted to improve his power and strength,” explains Connolly. “He was fast enough, he just didn’t want to lose any speed.”

The basic aim was for Dunne to become stronger at his fighting weight by converting some of his body fat to muscle. The boxer’s body fat has been reduced by five per cent [14 per cent to nine per cent].

Connolly, who has worked closely with wily boxing trainer Harry Hawkins and Michael McGurn, swears by coconut oil in helping to reduce an athlete’s body fat and puts great purchase in the Omegawave machine which provides wide-ranging scientific tests on athletes.