'The Rivalry Is There': All Blacks Are Ready For Massive Test Against Ireland

The All Blacks are in Dublin ahead of a fascinating Test match tomorrow against Ireland at the Aviva Stadium. The New Zealand rugby team are ranked #1 in the world and remain synonymous with excellence no matter how many of their legendary players retire.

While the gulf between the All Blacks and other elite rugby nations has shrank in recent years, the New Zealand rugby team set the standard that all other countries aspire to.

This morning, three members of the All Blacks - Ardie Savea, Anton Lienart-Brown and Will Jordan - paid a visit to AIG's Dublin office to discuss diversity, equality and inclusion as part of AIG’s #EffortIsEqual campaign as well as look ahead to the match tomorrow. Participating in the event as well were Dublin gaelic footballers Sinead Aherne and Johnny Cooper and Dublin camogie player Orla Gray.

It was a brilliant conversation that you can watch back here.

"Playing the Irish is one the biggest battles we've had... this is a defining moment" @AntonLB95@NZRugby and @DubGAAOfficial are with us LIVE | #EffortIsEqual#NZRUGBY | #DUBGAA https://t.co/RtNqpzwtAI

Speaking after the event, Ardie Savea said 'a rivalry is there between the two countries' and that New Zealand are prepared for a 'brutal game'.

I think every time we meet the Irish, it is always going to be tough, a brutal game.

The last four test matches that we played, Ireland won two, lost two so it is always a hell of a battle. The games have become even harder and tougher, especially here in Dublin in front of so many Irish fans.

Until 2016 Ireland had a poor record, to say the least, against the All Blacks. In 28 matches, Ireland had lost 27 times with a draw in 1973 being the only time Ireland hadn't lost. But then in Chicago everything changed, Ireland won and the perception changed. They were finally one of the world's elite.

The competitiveness of the matches along with the presence of a couple of Kiwi-born players (Aki, Gibson-Park and Lowe) in the Irish team adds a little bit of spice to this fixture. Losing two out of the last four against Ireland isn't good enough by New Zealand's standards and they don't want to make losing to Ireland a regular occurrence.

We are used to the fact that every team that plays against the All Blacks, comes with their A Game. We have massive respect for the Irish team, for Ireland, for the fact they are a quality side with quality players in there and for the fact they have beaten us a few times. That has probably made this fixture even more special because the rivalry is there.

Ireland come into this match with a bit of form since beating England to finish off their 2021 Six Nations campaign. They went into the summer series against Japan and USA and played some exciting rugby with new players and last week they dismantled Japan again 60-5.  They were clinical and accurate, something Savea and the All Blacks are prepared for.

Looking at how the Irish have been playing their last couple of games, they were great against Japan and Japan is a solid team. They’re just playing with huge confidence. And that’s scary but it’s also a great challenge for us to walk towards and face. Who could ask for a better stage than the Aviva Stadium with a sold out crowd? To go out there and play the Irish, it’s going to be good.

See Also: Analysis: Four Things Ireland Need To Do In Order To Beat The All Blacks Tomorrow 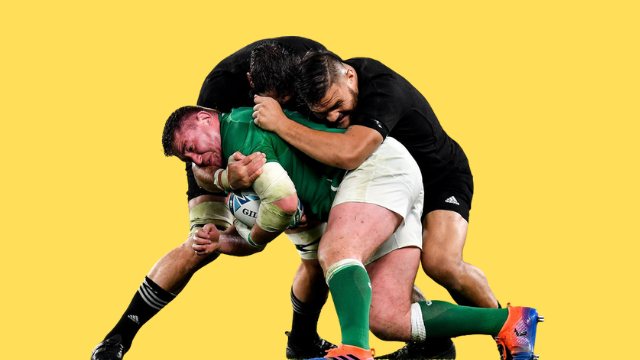