The Rugby World Cup is unfortunately over and we're now left without an International tournament until Euro 2016 next Summer.

The World Cup will undoubtedly go down as a massive success overall and many will be basking in its success as they look to springboard their careers even further.

However there are some people who'll be hoping the tournament never happened, for whatever reason they're worse off now than they were a month ago. They'd almost have been much better off without the World Cup ever happening. 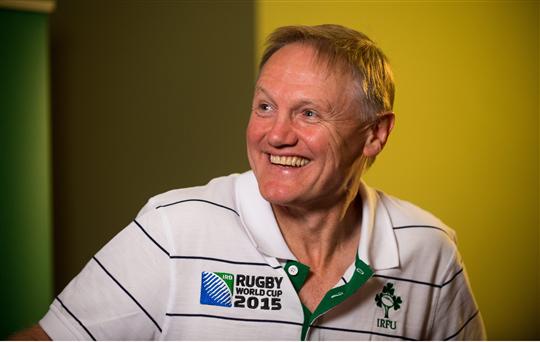 Joe might not necessarily be a winner for his exploits with the Irish rugby team, but he is certainly a winner due to the failure of others.

Despite only making the quarter-finals, Schmidt is reportedly one of the top candidates to replace under fire England boss Stuart Lancaster. The England job is one of the most lucrative in World Rugby and should a big money offer come along it could be hard for him to refuse.

In the meantime he is still adored by the Irish public despite the World Cup campaign. His recent appearance on the Late Late showed that he's still one of the most loved people in the country and regardless of what he does next he's definitely a winner from the World Cup. 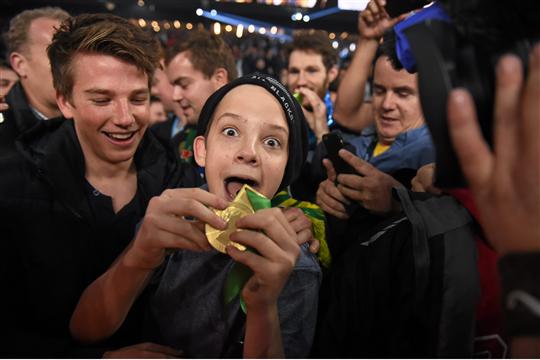 It's a little unsettling that a 14 year old boy has more Rugby World Cup medals than any Irish player in history.

Nobody knew about Charlie Lines before the weekend but now he's one of the most well known kids on the planet after he made the ballsy decision to storm the pitch during the All Blacks victory parade.

After breaking onto the field, Lines was tackled to the ground by the closest steward, a decision that did not go down too well with 6'4'' 108kg Sonny Bill Williams.

The giant centre picked up the teenager and escorted him back to his seat safely, away from any stewards. Once he had made it back Sonny Bill decided to give the kid his medal for some bizarre reason.

Lines wasn't complaining and he quickly became one of the biggest stories of the final. 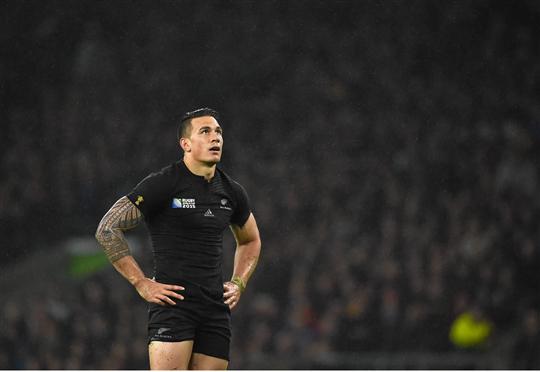 The hero from the above story, Sonny Bill Williams is a winner in many ways from the Rugby World Cup, but he could have so easily been a loser.

After making the strange decision to relinquish his World Cup medal, Sonny Bill was just given another one the following night at the awards dinner.

This meant he got to be seen as a hero all over the world without having to actually sacrifice anything. A decision so stupid as to give away a World Cup medal should be punished, there should be enough made for the coaching staff and players and that should be it, no spares.

Aside from that SBW's impact in the final was immense and his offload in the build to Nonu's try probably warranted two gold medals in itself. 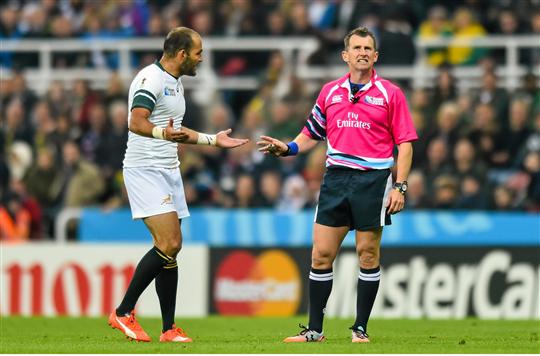 Loud and mouthy referee's in rugby are usually loathed, just take a look at Wayne Barnes, a man usually scolded for loving the sound of his own voice.

Nigel Owens on the other hand escapes this criticism and he became one of the most loved personalities of the tournament for his antics in the middle of the field.

The Welshman certainly like to be in the limelight but his officiating more than makes up for it. His selection as the final referee was met with widespread approval from the global rugby community and he was pretty flawless throughout, he even made history by dishing out the first ever yellow card. 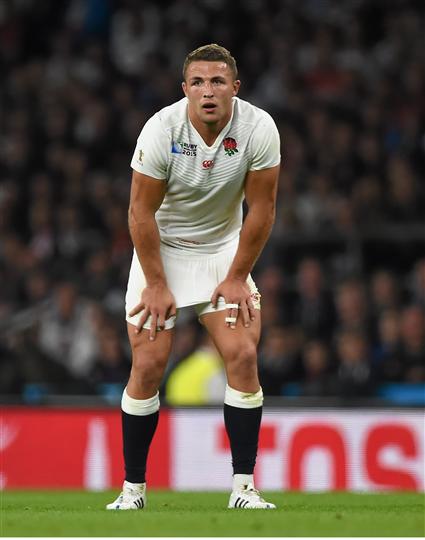 Poor old Sam Burgess was one of many scapegoats for England's terrible World Cup campaign.

The rugby league convert was thrown in as an inside centre despite playing his best rugby as a blindside flanker at Bath. As a result he was naturally caught out on positioning during some matches which led to many England fans calling for his head.

Burgess now has to go back to Bath with his reputation somewhat ruined. His selection in any future England squads is likely to cause outrage and it's widely believed he'll move back to rugby league where he's been more successful and more loved. 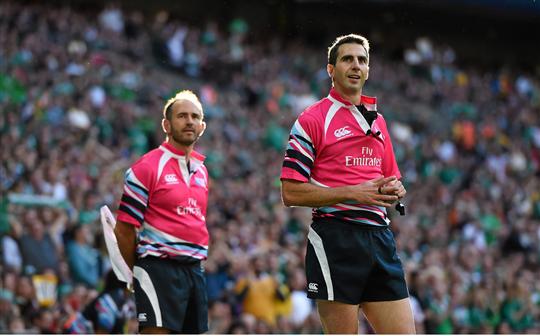 The South African was regarded as one of the best referees in the world prior to the tournament but his decisions in the quarter-final between Scotland and Australia saw him receive a lot of criticism.

It went sour for Joubert during a frantic five minutes at Twickenham during Scotland's quarter final against Australia. With Australia facing an embarrassing elimination, Joubert decided to award them a penalty after what had seemed like a very accidental incident.

Foley kicked the resulting penalty and as soon as the game was done Joubert brought out his best roadrunner impression as he sprinted ungracefully towards the nearest exit.

The referee was heavily criticised afterwards and didn't take charge of another game. 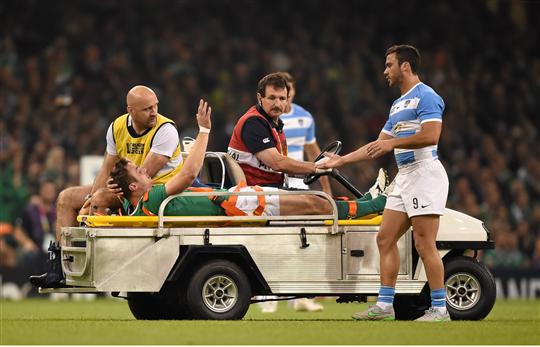 Ireland's provincial sides will be happy to have all their internationals back from the World Cup but Ulster are now down three crucial players and have every right to feel unlucky.

Jared Payne was the first Ulsterman to go with after he fractured his foot early on. Ulster were probably considering themselves lucky that none of their lads were involved when Irish players were dropping like flies against France.

Things got bleak for them against Argentina when Tommy Bowe went down early and was stretchered off. News of an injury to Iain Henderson's hand after the game further added to their woes.

Ulster will now be without Bowe for the majority of the season, Henderson will be gone for 6 weeks and Payne looks set for a lengthy lay off too. 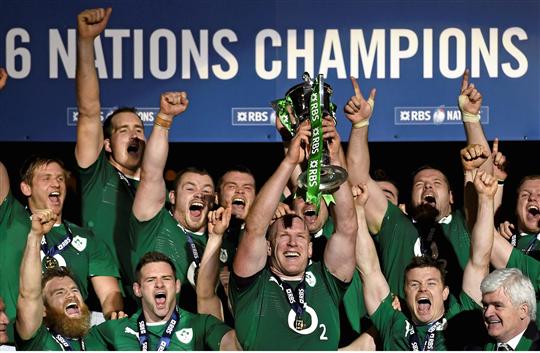 If you were to listen to the pre tournament predictions, you'd have assumed Ireland and England were set to the semi finals at bare minimum.

It's been four years since the last tournament meaning we had very little to gauge the difference in class between rugby's two hemispheres.

What we ended up seeing was a huge gulf between the two which was both humbling and embarrassing for all teams plying their trade in the Six Nations.

We were billed as the greatest hope of the Northern Hemisphere and were simply outclassed by Argentina, a side usually considered the worst in the Rugby Championship, something which was proven by their fourth place finish too.

It's been a tough pill to swallow but at least we're now well aware of it, something needs to change before the gap becomes even bigger.

Related:The Official World Cup Dream Team Is A Little Different To What Most Fans Would Expect