In anticipation of the Lions first test against New Zealand, we channeled our desire to see more Irishmen in the squad into a full XV of Irish Lions.

We've looked back at each of the tours since 1997, and picked the best performer in terms of Lions test starters by position, and for some the best versions of themselves.

From 1 to 15, here is our ultimate Irish Lions test XV, and as you'll see some positions had more options than others. 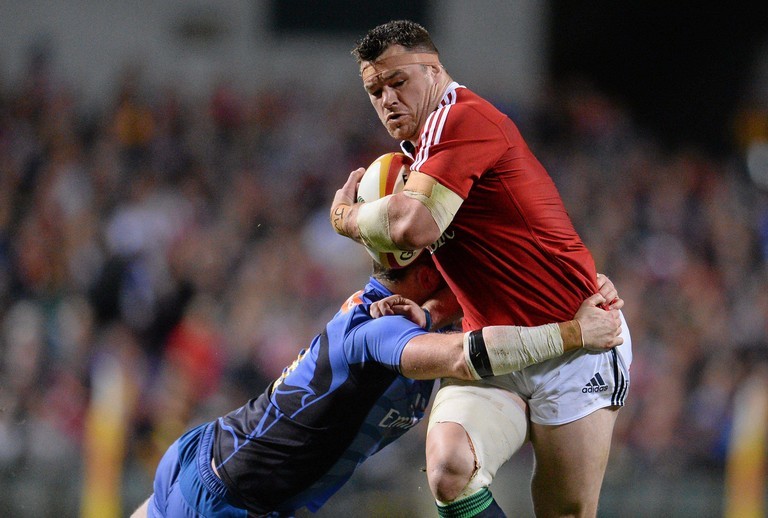 Slim pickings, we know. Healy was in line to start in Australia in 2013 but was forced to withdraw from the squad due to injury. He is the only loose-head prop we sent to the Lions in the professional era, and the only player in this XV to have never played in a test. 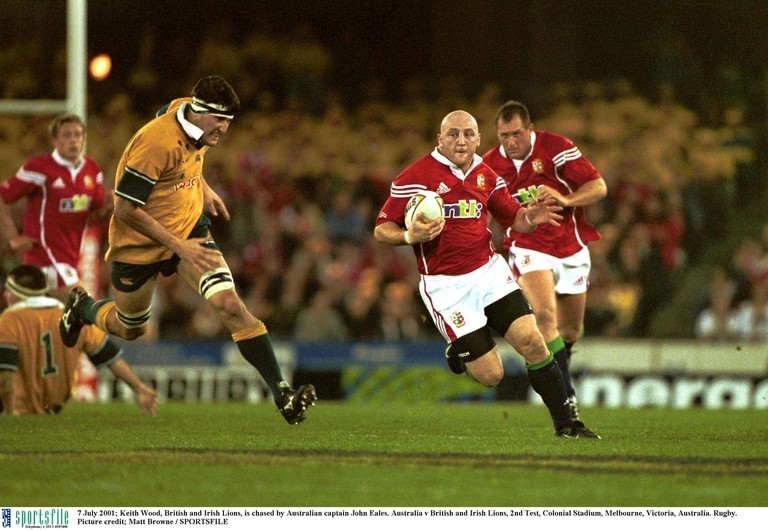 What could we possibly say about Woody that hasn't already been said. A leader, an inspiration, Wood was the players' player on tour from the moment he linked up with the 1997 squad, but by 2001 he was the heartbeat of the team, which gives him the nod over his younger self for this XV despite losing the series. He will rightfully serve as captain.

Honourable mention: Shane Byrne - 2005 (New Zealand) The only other time we sent a hooker in the pro era. 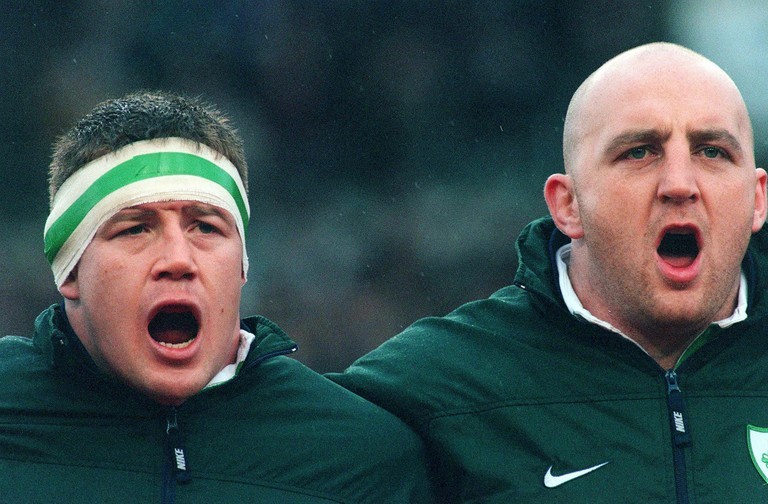 Described by Lions captain Martin Johnson has his player of the series, Wallace was a central figure as the Lions won the series against South Africa in 1997. It wasn't an easy thing to do, as Wallace had to compete with Jason Leonard to earn the chance to compete with Os du Randt on the pitch, but Wallace was a rock in the scrum throughout. An automatic pick. 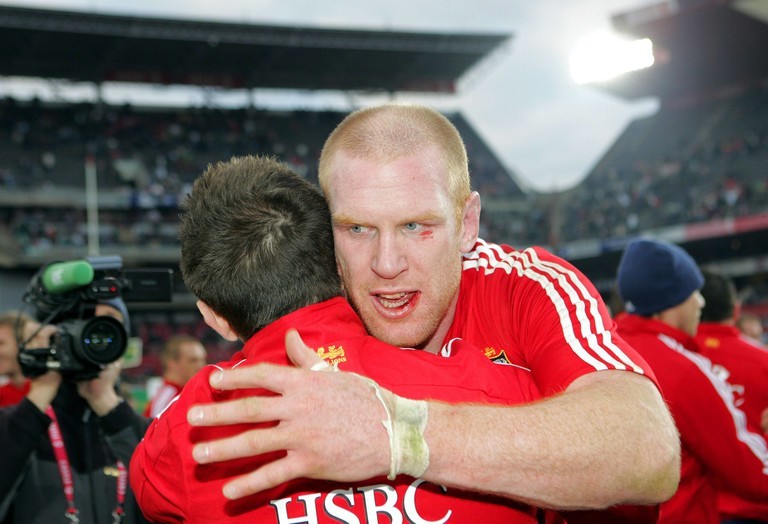 His sin-bin earning penalty in the first test against New Zealand ruled that version of O'Connell out of this team, but he would never have gotten in ahead of '09 Paulie for the leadership and lineout skills he displayed despite the series loss. He was good in Australia four years later too, of course, but prime Paulie gets the nod. 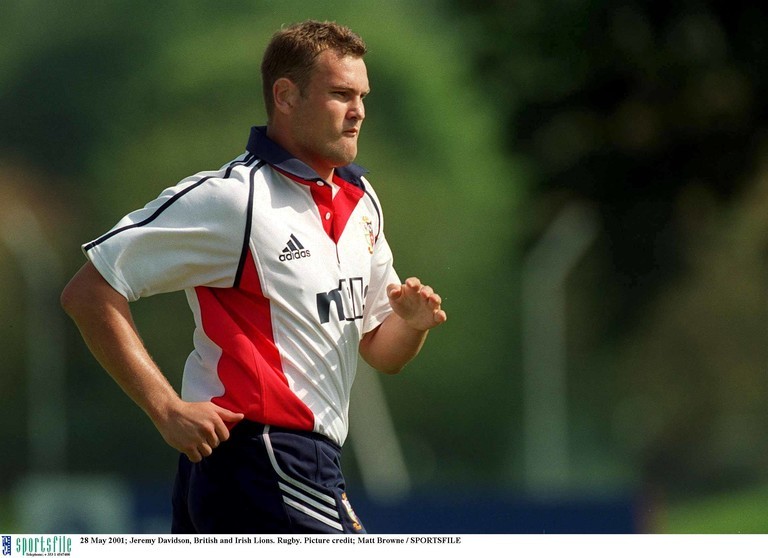 The Ulster man started all three tests for the Lions in 1997 alongside Martin Johnson, and while we badly wanted to get Donncha O'Callaghan into his side, he just misses out for the consistency of Davidson on that tour of South Africa. 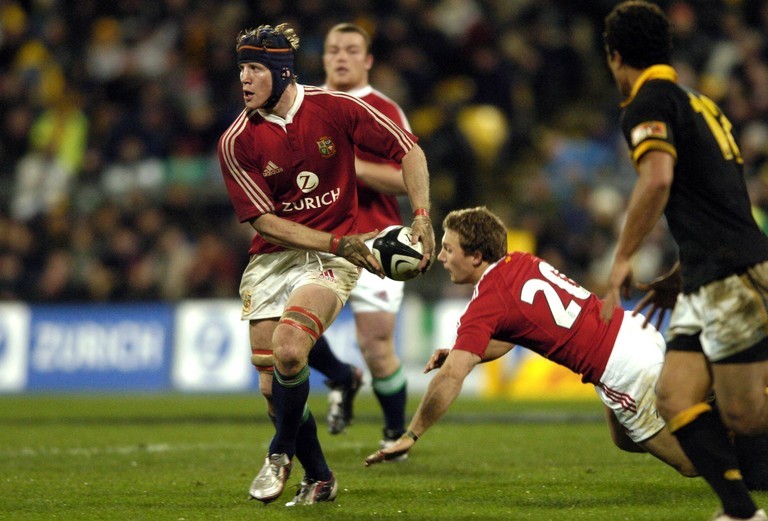 One of the very few, if not only, positives to come out of the 2005 series was Simon Easterby as he managed to make himself a test starter for the second game of the series after only being called up following an injury to Lawrence Dallaglio in the first. He bagged a try in that second test as well. 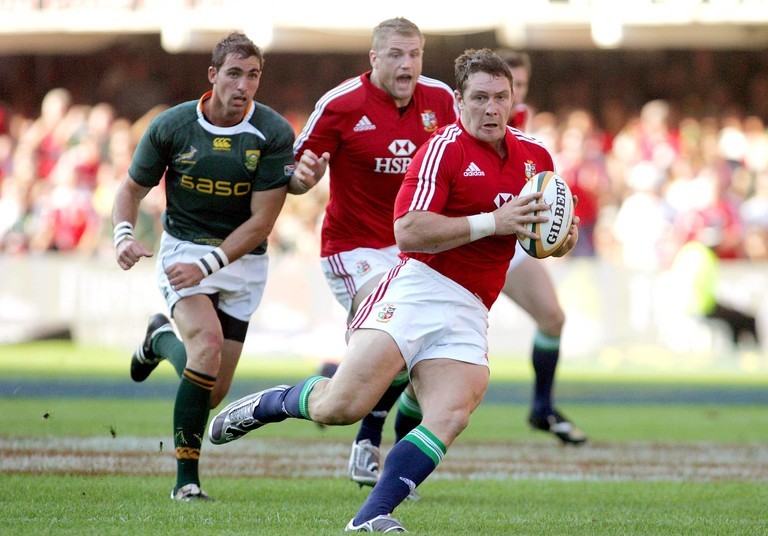 Having missed out on a test spot in 2001, he would finally get his chance 8 years later after he left his brother Paul at the airport to answer a very late call-up. In South Africa he started the first two tests and came on off the bench in the third, a strong addition to this side. Plus now we've got a pair of brothers involved. 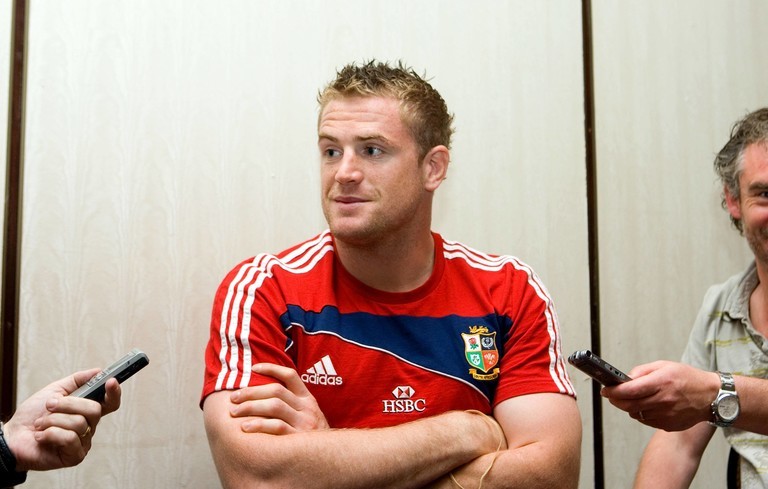 An ever present in the back-row for that tour of South Africa, Heaslip was the only player in contention for this team as no number eight specialists were picked from Ireland until he came along. Started all three tests, which almost makes him over-qualified for this XV. 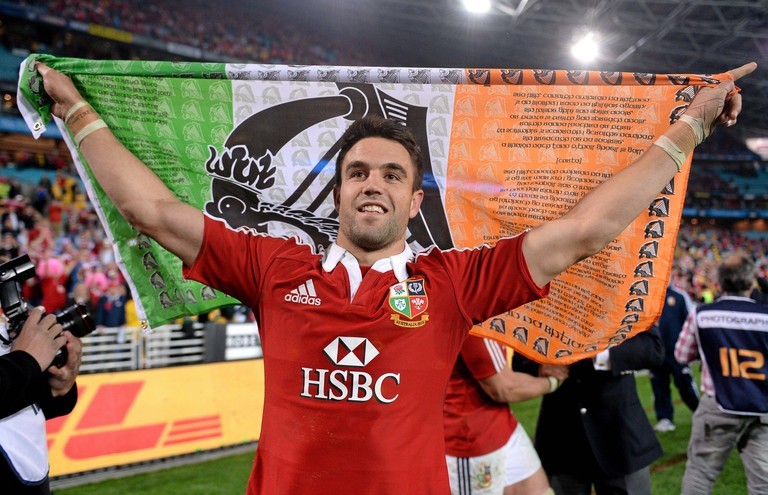 Yep, we really are that stuck for a scrum-half. No disrespect to Conor Murray, obviously, and we're absolutely sure we'll need to update this after the current Lions tour is over to include 2017 Murray, but his substitute appearances in the 2nd and 3rd tests against Australia, and impressive ones at that, are enough to make him the most qualified for this team. 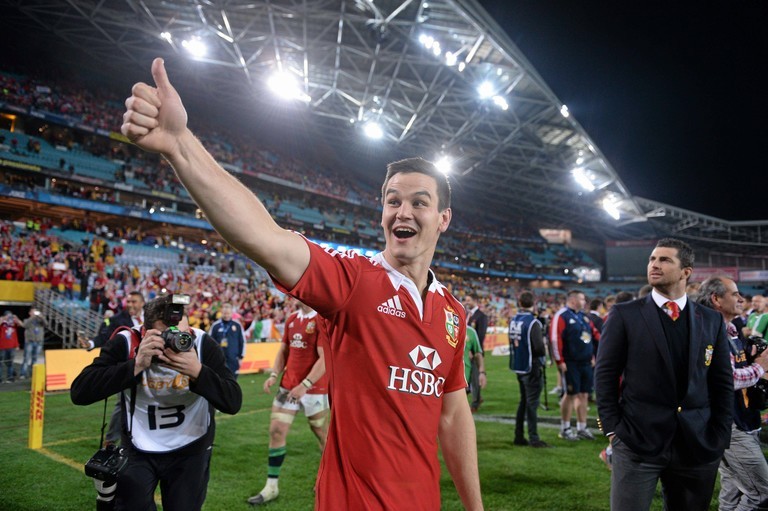 Started all three games against the Aussies in 2013, and was one of the central figures in the series win despite allowing Leigh Halfpenny to take over kicking duties.

Another one we hope to update with a 2017 spot after the current series. 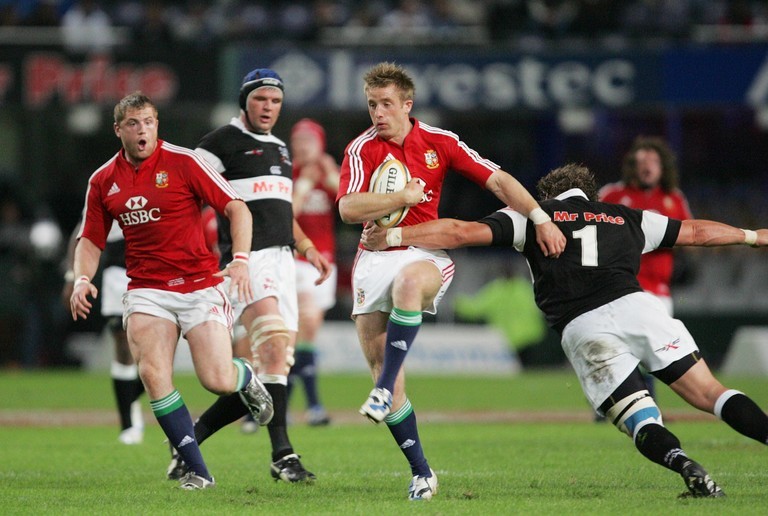 Started the second test in South Africa, and is perhaps best remembers in a Lions shirt for having been eye-gouged by Schalk Burger which was one of the most discussed moments of that series. 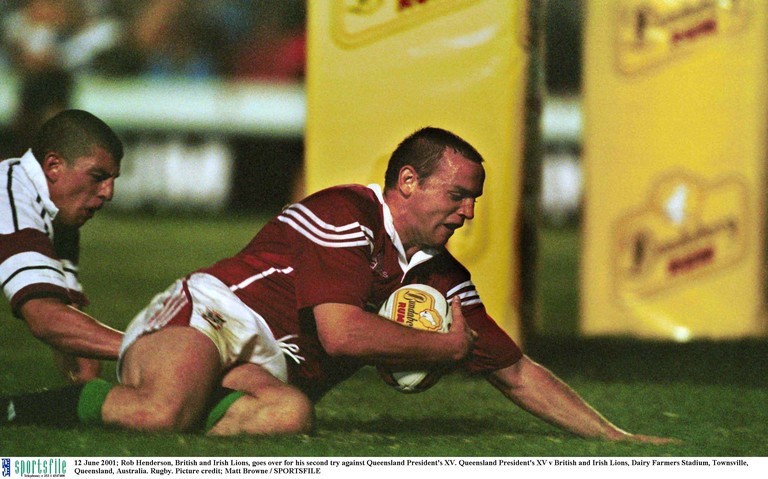 The Wasps (soon to be Munster) centre was a monster on the crash ball and a defensive rock as he formed a beautifully balanced partnership with an increasingly exciting Brian O'Driscoll right in the heart of the side that won the first test. Someone who isn't talked about enough as he should be these days. A fine player. 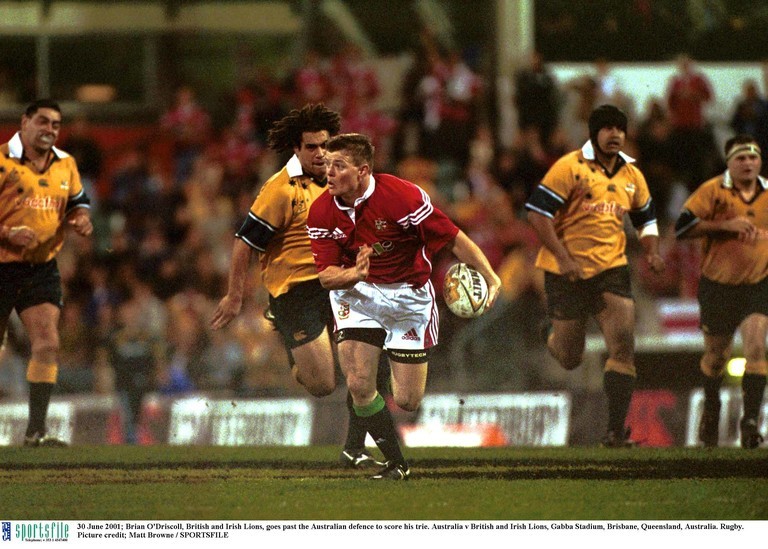 The question really was which BOD we were going to pick, as he was a huge presence in the 2009 series, but for that try alone in the first test there was no way 2001 Dricko wasn't getting the job. It wasn't the first sensational try he scored, and it wouldn't be the last, but it was a defining moment in his career. 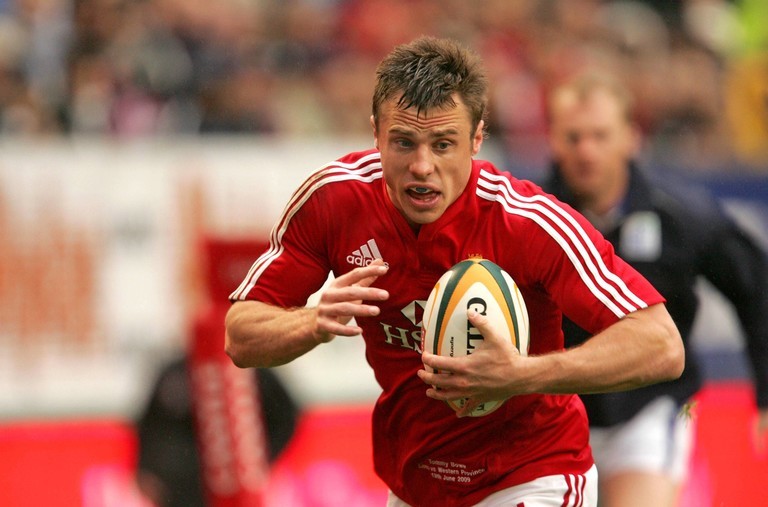 Having started the first two tests on the wing, Tommy Bowe was asked to fill in for Brian O'Driscoll at centre in the third test, and the 9-28 scoreline points to a job well done by the Ospreys man. 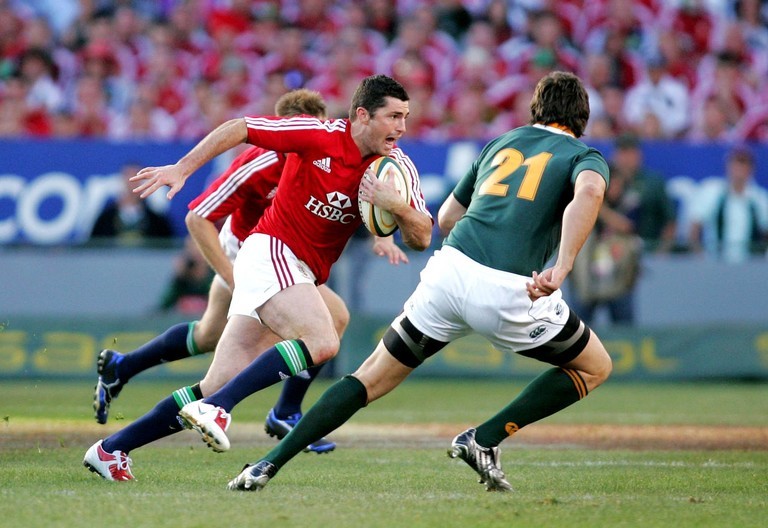 Having been introduced just before half-time in the first test, Kearney would go on to show that he should have been given the fullback job from the start and was essentially flawless under the high ball over the entire series.

So that's our XV, be sure to get in touch if you feel someone was very unlucky to miss out, and as we said, hopefully we'll be back at the end of the summer to give Peter O'Mahony, Conor Murray, and Tadhg Furlong to this team.