This isn't another piece bashing Jared Payne. Matt Williams has that market covered. The former Leinster coach has voiced his displeasure with Payne's attacking ability both on TV and in print and his view is well documented - he doesn't think he is creative enough.

That is probably true. Payne can be quite narrow in attack and doesn't hit the line at 13 in the manner he regularly does when arriving from the deeper fullback position. Nobody expects Ireland's 13 to exhibit the myriad of skills that Brian O'Driscoll had in his arsenal but given how tough Joe Schmidt's men find it to convert pressure into tries, they need more from their outside centre.

Today was emblematic of Payne's time at the position - defensively immaculate (15 tackles) without standing out in attack (5 carries for 18m). At this point it is not so much about what Payne is doing wrong - because he is doing a lot right - but more about who he is keeping out of the team.

Stuart McCloskey is the best ball carrier in Ireland right now. Ireland struggle to get over the try-line. Seems like a straightforward decision, no? 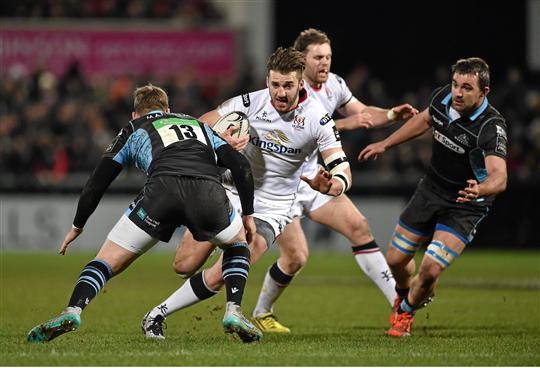 Of course, attack is just one part of the game. Payne's defensive prowess has been lauded regularly by pundits such as Gordon D'Arcy and Stephen Ferris and rightly so. His communication is key in organising the defence and his reads and strength in the tackle are a major reason that Ireland's rearguard has been so stingy in the games he has started.

That key role as the defensive fulcrum is often cited as the main reason that Payne has nailed down the number 13 spot - and why Schmidt seems reluctant to move him either to 15 or out of the 15.

That isn't enough anymore, especially when there is another player in the team who could excel in that area while also providing a more potent attacking threat.

The overlooked point that the headline references with regards to the 'Jared Payne 13' debate is the defensive capability of Robbie Henshaw, his potential replacement at outside centre. To say that Payne needs to remain in the 13 spot because of his defence is to say that Robbie Henshaw can't fulfil the same role. 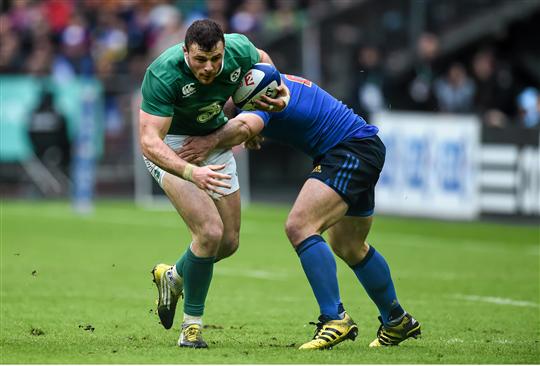 Henshaw is routinely one of the team's top tacklers - posting numbers a back row would be proud of. The inside centre position is defensively busier but Henshaw has performed brilliantly in defending his channel and he also has more experience at 13 than Payne does.

Ireland were brilliant in the early exchanges in Paris this afternoon, seizing possession deep in French territory and hammering away at the line. They came up empty.

You need a bit of guile in and around the line and for all of his defensive strength, Payne has not offered much of that during his tenure at centre.

If Henshaw is moved one spot outside, it frees up the 12 spot to be handed to McCloskey. Almost every fan you'll talk to will say they want a McCloskey/Henshaw centre partnership and it isn't a fanciful wish like parachuting Garry Ringrose into the team.

The Bangor Bulldozer has two seasons of experience with Ulster and was unquestionably the best Irish performer in Europe this season. And it is not as if Payne needs to be jettisoned entirely. His defending can be just as vital at fullback, a position where he is more in tune to the attacking demand.

Fans have been browbeaten by some pundits incessantly with how important Payne is to Ireland's defence. He certainly is but it is worth remembering that Ireland have a natural all-round 13 who could perform even better in the position.