"I cannot remember being in Australia at all. I can't remember the whole situation of the World Cup."

It's a difficult assessment of former England International Steve Thompson looking back on England's World Cup win in 2003.

The 43-year-old has been vocal about his dementia diagnosis, calling for steps to be taken to make the game of rugby safer.

Now, he's committing to donate his brain to scientists to carry out brain trauma studies. It's a much talked about subject across a number of sports, but rugby in particular.

"I'm pledging my brain so the children of the people I love don't have to go through what I have gone through," Thompson told BBC Sport.

"It's up to my generation to pledge our brains so researchers can develop better treatments and ways to make the game safer."

Steve Thompson says he can't remember playing in the 2003 World Cup final - something he believes is a result of brain damage he sustained playing rugby.

Back in December, he spoke in an interview about how dementia has left him without any memory of England's 2003 Rugby World Cup run.

Thompson featured in every game for England during the tournament. He earned 73 international caps between 2002 and 2011.

The ongoing issue of CTE in rugby has been addressed by the governing body World Rugby. They set out a six-point welfare plan in July.

The plan involves limiting full-contact training for injury prevention and supporting the healthcare of players who have hung up their boots.

Thompson's dementia diagnosis came to light in a diagnosis by King's College in London. They 'probable CTE' as a deciding factor.

The CLF has been setup to help highlight the effects of CTE, along with the Jeff Astle Foundation, which was setup after the former England striker lost his life with it.

"They made me feel like I wasn't alone," Thompson said. "When it came to it, it's just whose hands do you put that brain into." 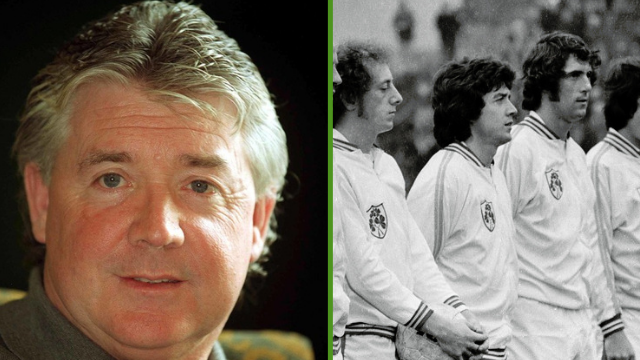 Rugby
22 hours ago
By Gary Connaughton
Watch: Leinster Have Bizarre Try Given Against Them During Glasgow Win
Rugby
1 day ago
By Jonathan Browne
Munster vs Ospreys: How To Watch and Match Preview
Rugby
1 day ago
By Jonathan Browne
How To Watch Connacht Vs Ulster In The URC: Team News
Popular on Balls
Football
23 hours ago
By Gary Connaughton
Mohamed Salah Confirms That He Wants To End His Career At Liverpool
26