Five Irish players will make up the British and Irish Lions squad for their opening test against South Africa on Saturday.

Tadhg Furlong, Jack Conan and Robbie Henshaw have all been named among the starters. Tadhg Beirne and Conor Murray will be on the bench for the opener.

Among some of the standout names for the first test is the returning Alun Wyn Jones. He will start in the second-row and resume captaincy of the team.

The moment we’ve all waited FOUR years for is here…😆

Scotland's Ali Price will start at scrum-half ahead of Conor Murray. The team was leaked on Tuesday, with the same starting fifteen named on Wednesday morning.

The only other notable absentee from the leaked 23-man-squad is Iain Henderson, who is replaced by Welshman Liam Williams on the bench.

Action will get underway in Cape Town on Saturday at 5pm. Due to a Covid-19 outbreak, the rest of the series will be played at the Cape Town Stadium as opposed to Johannesburg, where the second and third tests were due to be played.

See Also: What Time Is Lions v South Africa: How To Watch The First Test From Cape Town 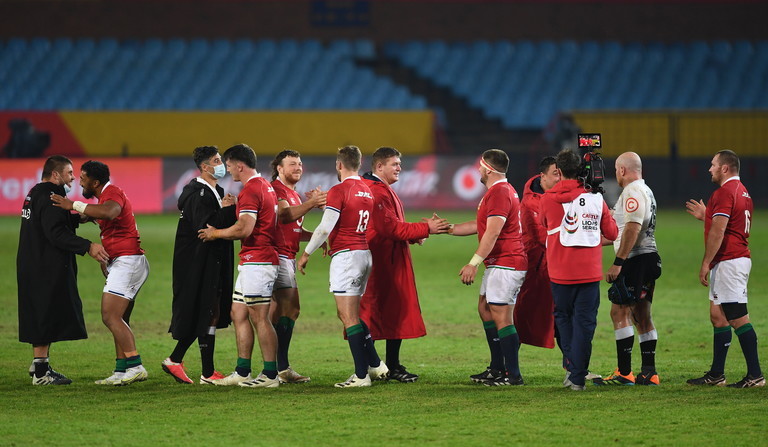