Former Scotland international Tim Visser still holds a grudge against Warren Gatland due to the Lions head coach not selecting him for the tour of Australia in 2013.

"Looking back, I think I probably was [hard done by]," the 33-cap Scotland international told The Telf Rugby podcast.

"I was in the [Pro12] Dream Team every year, I was top try scorer every year, I had just become Player of the Year voted by all the other players in the league.

"There’s literally not a more honourable accolade you can achieve, in my mind. And I was on fire for Scotland."

Visser admitted the "competition was pretty nuts" for the wing spots in that Lions squad. Tommy Bowe, Alex Cuthbert, Sean Maitland and George North were those initially selected while Christian Wade, Shane Williams and Simon Zebo were called up as cover during the tour. The call-up for Wade especially rankled with Visser.

"What did hurt me is that when we went to South Africa with Scotland instead, there were a couple of injuries and instead of flying me in, he flew Christian Wade in," he said.

"Christian Wade got picked up in the first game he played by I think Folau, thrown to the side of the pitch as if he were a ragdoll and obviously never played again.

"That kind of hurt. Having done everything I did and to not then call me up."

Check out this clip from our podcast with @timbovisser on what he thinks about it https://t.co/BIICnVyjkD pic.twitter.com/M5Nz72jCYl

Visser believes that Gatland devalued the Lions jersey by calling up four Welsh players - Kristian Dacey, Tomas Francis, Cory Hill and Gareth Davies - for the tour of New Zealand in 2017. Though, his assertion that they haven't been "seen again" is harsh. Francis, Hill and Davies were all part of this year's Wales Six Nations winning squad.

"If you look at the last Lions tour, they had a couple of injuries, they were obviously in New Zealand, and just for ease he had the Wales team - I think they were in Samoa - and he called four players into that Lions tour who ended up playing a midweek [game]," said Visser.

"Some of which we either had never heard of before or since never seen again. It’s stuff like that, in my mind, devalues that jersey.

"Scotland have always been underrepresented. And I think he probably looked at me and just saw my defensive weaknesses, and went 'Well, I’m not taking him. That's it' - it’s as easy as that because it can’t have been anything else.

"With Scotland, he used to stand next to the pitch on his phone, and then have lunch with us then bugger off essentially."

Visser added that he's excited about the prospect a of strong Scottish presence in this year's Lions squad saying that Hamish Watson should be the first name on Gatland's teamsheet and that Stuart Hogg, Zander Fagerson, Finn Russell, Duhan van der Merwe and Jonny Gray could all travel to South Africa.

"There should be some real [Scottish] representation this year," said Visser.

"I'll tell you what, if there isn't, then it just shows where Gatland is at with his head."

Paul O'Connell: 'We Were Delaying Training To Watch Episodes Of The Inbetweeners' 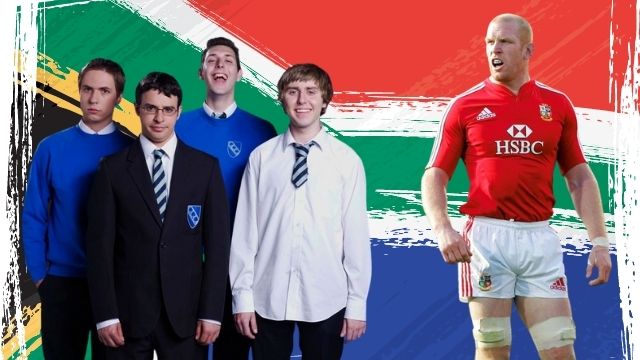