Having trained with Ireland for the first time last month, Connacht centre Tom Farrell has continued his push for a first cap with a superb try for the province against the Cheetahs in their Pro14 clash today. 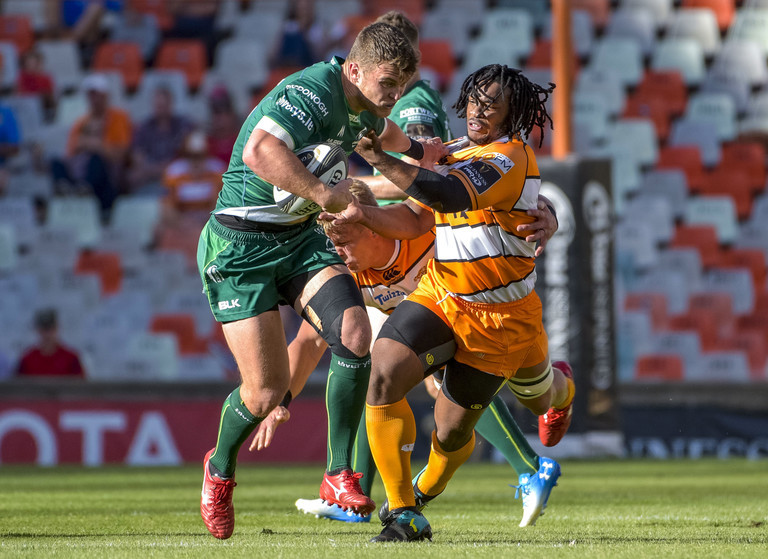 Farrell has enjoyed a sensational season thus far. The 25-year-old's stats have repeatedly caught the eye as his ferocious ball-carrying ability and rugby intelligence ensure he is a huge figure in Andy Friend's side.

He was also called into Carlton House to assist Irish preparations for their November International against New Zealand last month.

After a breakthrough season in 2017/18, Tom Farrell has been picking up where he left off in the #GuinnessPRO14 👌 pic.twitter.com/Q3ieH6azS9

He got the Western side off to the perfect start today as a line-out saw Caolin Blade pass to the centre in the first-receiver channel. Farrell broke the line and left a scrambling defensive line in his wake before touching down.

Farrell is a graduate of the Leinster academy but moved to London Irish in 2016 due to limited first-team opportunities. Since his return to Connacht, he has struck up a productive midfield relationship with Bundee Aki. He has played for Ireland at underage level, and should he continue his current form a senior cap may not be too far down the line.

Rugby
7 months ago
By Maurice Brosnan
'Most Rugby Players Are Strong, You Need To Start Mastering Your Sport'
8

Rugby
5 months ago
By Maurice Brosnan
Edinburgh Attempt Bizarre Goalpost Interference To Try Halt Munster Try
Rugby
7 months ago
By Maurice Brosnan
'Most Rugby Players Are Strong, You Need To Start Mastering Your Sport'
Rugby
1 year ago
By Aonghus Ó Maicín
Four Provinces Make The Cut in Guinness Pro14 Dream Team
Popular on Balls
The Rewind
19 hours ago
By Gary Connaughton
Foil Arms And Hog Sum Up The Desperation For A Lockdown Haircut
6