Tributes Pour In For Felix Jones After Shock Retirement 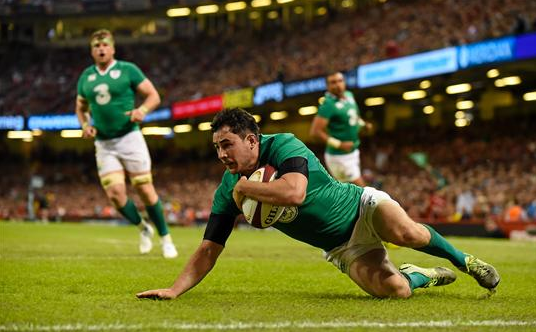 Earlier today the shocking news broke of the forced early retirement of Munster and Irish full-back Felix Jones due to a neck injury. He made a touching statement where he spoke of the heartbreaking realization that he had played his last rugby match.

As expected, the reaction to the news on Twitter was a mixture of sadness, sympathy and good wishes for the future.

Terrible news. Our best wishes to @FelixJones15. Thanks for the memories - as a friend and foe. #ThanksFelix pic.twitter.com/0XpKSpBXkq

Very sad to see @FelixJones15 having to retire - the ultimate professional who was very much respected by his fellow professionals!

Gutted for Felix Jones being forced to retire from rugby. Excellent player and a very nice guy. #Munster

Gutted for @FelixJones15 incredible professional. Always had your back and nothing was ever too big for him to throw himself at.

Gutted to hear the news of @FelixJones15 retiring.A player i'd always look to get the ball to whn playing alongside & avoid whn opposing him

Sad to see @FelixJones15 forced into a premature retirement. One of the nicest guys around. And worked like no other. Pleasure jonesy.

Proud to say i played Rugby with @FelixJones15 .Has incredible values and a never ending appetite for success and hardwork.#hardasnails

Sometimes sport can be so unfair. Heart goes out to @FelixJones15.
Great player for both his country and his province.

Sad to hear that St Andrews legend @FelixJones15 has retired from rugby. Inspiring figure at school and a handy wicket keeper #ThanksFelix

Sad to hear of another rugby player forced into retirement. I wish @FelixJones15 all the best!

Rugby
1 day ago
By Eoin Harrington
How To Watch Munster v Leinster In The Pro 14
Rugby
2 weeks ago
By PJ Browne
Quiz: Can You Identify These 11 Munster Overseas Players?
Rugby
3 weeks ago
By Balls Team
PRO14 Match Between Munster And Leinster Postponed
Previous Next