World Rugby say that they are monitoring the progress of Typhoon Hagibis which has developed off the south coast of Japan.

A typhoon is the term used for a hurricane in that area of the world.

There is a possibility that Hagibis could disrupt Ireland's final game of the Rugby World Cup pool stages.

Ireland play Samoa on Saturday at 7:45pm local time (11:45am Irish time) in Fukuoka requiring a win to secure a spot in the quarter-finals.

"The latest modelling from our weather information experts and the Japan Meteorological Agency indicates that the typhoon is tracking in a north-westerly direction and could bring high winds and heavy rain to southern Japan on 12 and 13 October," said World Rugby in a statement.

"While it is too early to determine the exact trajectory and impacts, if any, of the typhoon at this early stage, as per previous typhoon warnings, we have a robust contingency programme in place in the event adverse weather looks likely to impact fixtures.

"We will continue to closely monitor this developing situation in partnership with our weather information experts, local authorities, transport providers and the teams, and will provide a further update tomorrow." 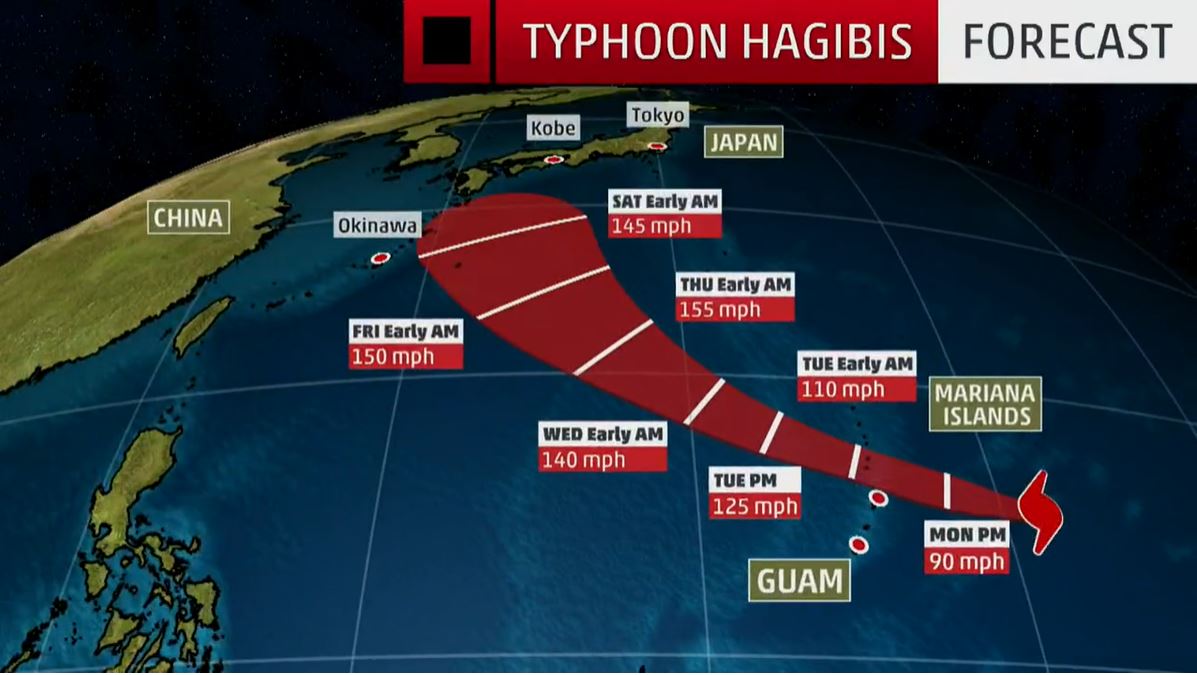 According to World Rugby rules, if a game is cancelled, it is recorded as a 0-0 draw. That could see Ireland eliminated from the tournament.

However, there is also a possibility that the game could be postponed.

"World Rugby has been in touch and they are as keen as we are to get the game played," said Ireland defence coach Andy Farrell.

"I believe there is a contingency plan in place.

"There’s updates every 24 hours so we’ll prepare as best we can. The forecast changes regularly so we won’t really know until 48 hours out."

World Rugby will not make a decision on the game until later in the week.

Rugby
7 months ago
By Gary Connaughton
Watch: Siya Kolisi Gives One Of All-Time Great Interviews After RWC Triumph
Previous Next

Rugby
5 months ago
By Balls Team
'I Just Felt A Wee Bit Let Down That It Looked Like I Threw Him Under The Bus'
Rugby
7 months ago
By Gary Connaughton
English Media Reaction To South African Humbling In Rugby World Cup Final
Rugby
7 months ago
By Gary Connaughton
Watch: Siya Kolisi Gives One Of All-Time Great Interviews After RWC Triumph
Popular on Balls
GAA
50 minutes ago
By Balls Team
Paul Mescal Proud To Be Bringing GAA To Worldwide Audience
5