Ulster Rugby have announced that back-row Marcell Coetzee will return to South Africa at the end of the 2020/21 season, a move that has 'deeply frustrated' Ulster CEO Jonny Petrie.

Coetzee has been at the Irish province since 2016, with the team keen to tie him down to a new contract. However, having spent some time in his home country during the summer, he made it known to Ulster that he would prefer to remain in South Africa.

While he would return to Belfast, he has been attempting to secure a move back to his native country in recent months. Despite the fact that he had another year remaining on his deal after this season, Coetzee will be cutting his time in Ireland short.

It was confirmed this afternoon that he would leave at the end of the season, with the 29-year old set to join the Bulls.

Petrie would soon take to Twitter to confirm his disappointment in the news, saying everything was done on their side to keep the player in Belfast.

Deeply frustrated by this whole situation - come about very much against our wishes & we’ve had no option but to end up where we are. Nothing to do with IRFU or finances - entirely player (& Bulls) driven. Very disappointing, but we move on - doesn’t alter our course one bit. https://t.co/8WTB7iQpFd

Speaking to the Ulster website, Coetzee explained his decision to return to South Africa.

It all started during lockdown when I was back home for four months. My wife and I did a lot of thinking together about life and we also reflected on where I am in my career.

We decided to come back to Belfast with an open mind, but ultimately we miss home, the South African culture and way of life – and after five seasons the longing for home has just caught up with us.

I must say Ulster have been absolutely superb to me, on and off the field during my career, and I feel I have grown as a person and as a player for the experiences the club has given me. Ulster will always have a special place in the hearts of my wife and I.

Ulster will now be hoping that the player can contribute to a successful season over the coming months. 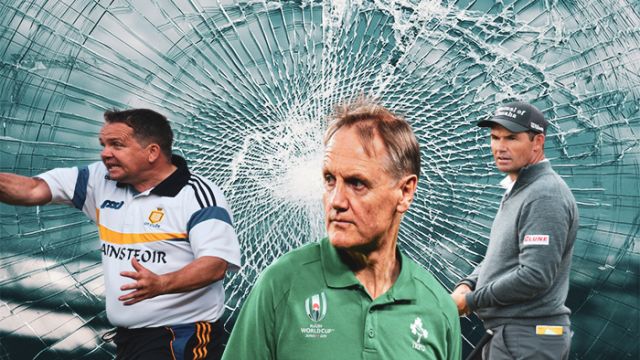 Rugby
1 month ago
By PJ Browne
'My Son Played GAA And Rugby. He Met People From All Aspects Of Northern Ireland'
Rugby
2 months ago
By Brett Igoe
Rugby Analysis: How The Irish Provinces Are Tackling The 50:22 Law
Previous Next