Ulster Vs Northampton Saints: How To Watch and Match Preview

Ulster have the chance to keep up their unbeaten record in the Champions Cup when they take a trip to England to face Northampton at Franklin Gardens on Sunday. Ulster have had a great European campaign so far and a win here will really set them up well to go far in the knockout stages. Here's how to watch Ulster vs Northampton.

How to watch Ulster vs Northampton Saints

Northampton host Ulster at Franklin Gardens on Sunday 16th January and kick off is at 3:15pm.

The match will be live on BT Sport 2 from 3pm.

Ulster have had a very successful season so far, especially in Europe. They followed a great victory away in Clermont with another victory at home to Northampton to put themselves in second place in Pool A, only behind Racing 92.

However since that win against Northampton. Ulster have only played one game after a covid outbreak in their squad lead to matches against Leinster and Connacht being postponed. That one match they did play was against Munster where Ulster were unable to fully capitalise on Simon Zebo's red card and lost 18-13.

That match also saw John Cooney sustain a calf injury which ruled him out for the trip to Northampton while the long injury list also includes key names like Will Addison, Stuart McCloskey, Jacob Stockdale and Iain Henderson. In other Ulster related news it was announced on Wednesday that Jared Payne would leave his role as Defence Coach at the end of the season. The former Ireland international has been a part of the Ulster set up since retiring in 2018.

Nathan Doak comes in for the injured Cooney at scrum half to make his first European start. Robert Baloucoune also makes a return to the starting lineup on the wing.

Northampton have only won two games since the start of December and they both came in the Premiership against Bath and Newcastle whoa re both having poor seasons at the foot of the table. This form has lead to the announcement that director of rugby Chris Boyd will leave at the end of the season.

The remarkable @Courtney_Lawes will lead us out against Ulster on Sunday 🐐

Courtney Lawes is set to play his 250th game for Saints as he starts at 6. Dan Biggar starts at fly-half and England international George Furbank starts at fullback.

See Also: 10 Glorious AIL Jerseys From The Heyday Of The AIL In The Early 2000s 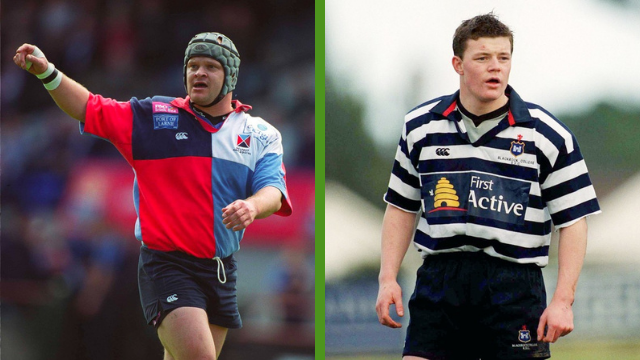