The URC: Four Reasons To Be Excited For The Brand-New Rugby Competition

The long-mooted revamp of the Pro 14 was confirmed this morning as the URC - the United Rugby Championship - was unveiled to the world. The league will consist of the original Pro 12 clubs from Ireland, Wales, Scotland and Italy plus South Africa's four Rainbow Cup sides - the Sharks, Stormers, Lions and Bulls.

We knew this was coming. Whether it's been called the Magners, the Rabo, the Pro 12 or the Pro 14, it's fair to say that a club rugby championship involving the Celtic nations, the best of Italy and a few South African sides has not fully captured the imagination of the general public.  Adding four South African sides to a Northern Hemisphere championship might not be great for rugby's carbon footprint, but when you sift through the details, there's a lot to be excited about here.

Everything you need to know ⬇️

One league table to rule them all... and regional tables to hype the rivalries!#URC pic.twitter.com/xkqeCBOEbf

The URC might sound like the name of a lesser-known wrestling championship, but here's four reasons we think the URC can work whether other incarnations have failed.

The URC will be comprised of 4 pools of 4 clubs - an Irish pool, a Welsh one, a South African one and a Scottish/Italian one. The fixture list of each team with consist of home and away ties with each team in your pool (which preserves the greatness of the Irish interpros) as well 12 games against the other 12 teams in the URC (which means fewer dead rubbers in northern Italy for everyone). There's also 18 rounds instead of 21, which means there's less incentive to manage game time for star players.  There's one big table instead of the two conference set-up of the Pro 14. The top eight teams in the league will advance to a playoff, with the league winner decided in a Grand Final. Playoffs are fun!

Champions Cup qualification will be much harder!

This is where things get interesting. Having moved on from SuperRugby, from September, the four South African sides will be playing for places in Europe's top cup championship. The URC will have 8 Champions Cup places on offer. The top-ranked side in each of the four pools will automatically qualify for the Champions Cup. The other four spots will be given to the best four teams in the overall table. This instantly heightens the pressure for Champions Cup places. The likes of Ulster are immediately under pressure to get results.

The end of provincial rugby fixtures on the same weekend as Test games!

The URC announced its 18-week fixture calendar for 2021-22 and notably, there are no matches scheduled on the same weekend of Six Nations Tests. To non-hardcore rugby fans, it always seemed slightly strange to see club rugby fixtures on the same weekend as international fixtures. The big clubs will still be withouFot their international players during the camp weeks before and during the Test window, but this scheduling tweak just feels right.

As pointed out by Rúaidhrí O'Connor of the Indo, one potentially interesting knock-on in Ireland is the return of provincial players to the AIL during this window.

One big call ahead for those running Irish rugby now is what they do on Test weekends with no league games on. Real chance to get the contracted players playing meaningful games for their clubs, rather than meaningless A fixtures

All of this looks likely to be free-to-air in Ireland!

In the on-demand era, we've seen free-to-air sport thrive. With Eir Sport winding down, it means the URC will likely feature free-to-air broadcasts, with both RTÉ and the BBC showing games. This is brilliant news for punters, and it's what the league needs. According to reports, Premier Sports also looks likely to broadcast games. For serious fans, there'll also be a subscription streaming platform. It's the best of all worlds.

According to the @FT, the new United Rugby Championship has "secured new television deals for the start of the 21/22 season in Sept, including with the BBC in the UK, RTE in Ireland and SuperSport in South Africa", plus a future launch of a global subscription streaming service.

Not everyone was sold on the idea, however. The URC reminded some Southern Hemisphere rugbywatchers of when Super Rugby expanded to 18 teams in 2014, incorporating clubs from Japan and Argentina. That move was a total failure, due to logistical constraints and the way it watered down competition.

Wonderful to see the URC fill the gap created by the demise of the much-loved 18 team Super Rugby format. It’s sure to be a similar success.

This sounds exactly like Super Rugby when it was 18 teams.

And we all know how that went. https://t.co/86eJp2pclL

Time will tell if the URC has longevity or if it's just another rebrand. 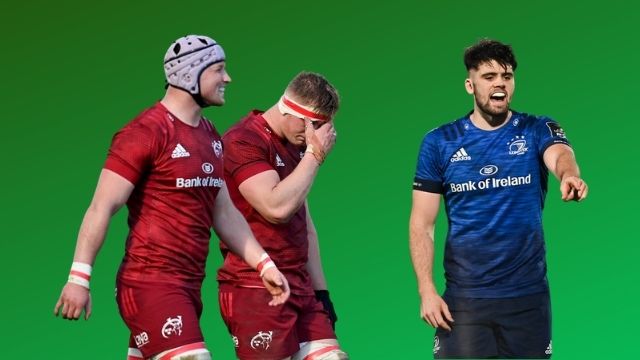