The URC: Four Standout Irish Performances From Round 2

There were wins all around for the Irish teams in the second round of the URC. There were very impressive performances from Ulster and Connacht while Munster had a good comeback after a slow start. Leinster on the other had a gritty, poor display away in Newport but still got the win. There were many good performances from each team but here are few of the standouts.

Munster had a slow start in Thomond Park as they went 15-0 down after 30 minutes. The Red Army were missing a lot of tackles in the first half as the Stormers built a lead, finishing the game with 34 missed tackles. However Munster did begin to turn it around before half-time and the momentum going into the break continued in the second half. Munster scored 24 unanswered points as the tide swung in their favour. Tries from Jean Kleyn, Niall Scannell, RG Snyman and two from Jack O'Donoghue gave Munster the bonus point and a 34-18 win to go top in the URC table.

Ol' reliable was at it again as Peter O'Mahony put in a very good shift on Saturday. The Munster captain fronted up as always and made nine tackles, while also winning three turnovers. As lineout leader, O'Mahony truly shone, winning seven of his own and stealing two Stormers lineouts. He wasn't flashy nor did he score any tries but it's the gritty work O'Mahony does that goes underappreciated.

Connacht were very impressive in their bonus point win against the Bulls as the get their first win of the season. It wasn't a pretty start for the Westerners as they went 7-0 down after less than two minutes. Andy Friend asks his side to take risks and therefore more mistakes occur. That being said when their game plan works, there's no better team in Ireland to watch than Connacht. They score fantastic tries and you can tell the players enjoy playing. When players like Jack Carty are on fire, there's no defence in the URC that can stop Connacht.  Connacht got a deserved bonus point win with tries from Mack Hansen, Tom Farrell, Tiernan O'Halloran and two from Tom Daly.

The inside centre had a phenomenal all-round phenomenal display against the Bulls. The Carlow man had two great finishes for his two tries. He had a lot left to do on both but used his big frame to get over. Daly made two linebreaks, beating three defenders in the process. It wasn't all just attack though, Daly made 14 tackles and won a turnover too to cap off a brilliant performance. The former sevens player is establishing himself in this Connacht side while Bundee Aki is out and could be in line for and Ireland call-up soon.

Ulster did the Italian job on Zebre in Parma, as they won 36-3 in a rout. The Ulstermen knew Zebre would pose a challenge but didn't give them a chance. Ulster played exciting rugby, throwing the ball around while scoring some beautiful tries. They got the bonus point too. Ulster lacked in scoring last season so the mission for them this season is to get more tries and more bonus points so they can compete with Leinster and Munster. Two tries from Nick Timoney and Ethan McIlroy each along with tries from Will Addison and James Hume gave them another good win to start the URC.

Hume had a very good time in Italy indeed, scoring and assisting a try while beating six defenders. The outside centre had a great running display, making 63 metres off 10 carries. With three offloads, Hume had a great time attacking against Zebre. In defence, he did well too, making seven tackles, missing none while winning a turnover.

Leinster most certainly did not do a job on the Dragons in their away trip to Newport. The match was riddled with mistakes from Leinster as they conceded 20 turnovers in a sloppy display. The Dragons were solid in defence as they fronted up to the physical Leinster pack but Leinster didn't really challenge them. Whenever Leinster tried to reach the edge, someone would knock on they lost the ball in the ruck because there wasn't enough support. Max Deegan's try was the only one Leinster scored in Rodney Parade.

There was no real fantastic performance but the one man who would deserve some plaudits is Josh Van der Flier. His workrate was brilliant, as he made 12 tackles and won two turnovers. He was in fact one one of only a few players not to have an handling error or concede a turnover. This match won't be one for the history books but Dragons have been a bogey team for Leinster in the past so they'll be happy they won and are only one point off the top of the URC. 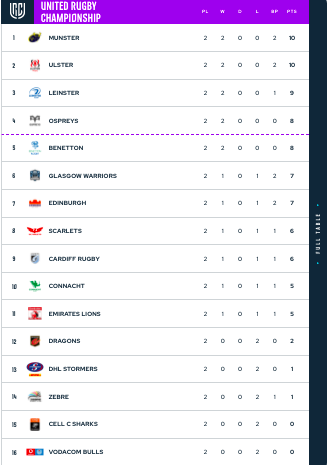 See Also: Rugby Analysis: How The Irish Provinces Are Tackling The 50:22 Law 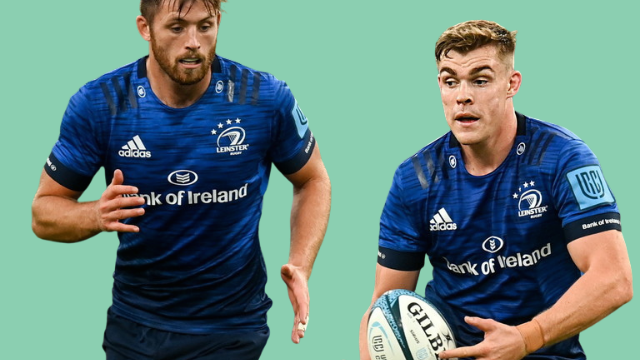