New Zealand defeated South Africa 29-15 in the Rugby Championship at Eden Park this morning. The game was a tad fiesty with Bok hooker Bismarck du Plessis seeing red for two very debatable yellow cards. The first was for this huge hit on Dan Carter which left the fly-half nurising a dislocated shoulder after.

The second was for this raised elbow to the throat of Liam Messam. The ref was one R.Poite in case you are wondering.

The image of Sam Cane might also give you some idea of how the game was played. 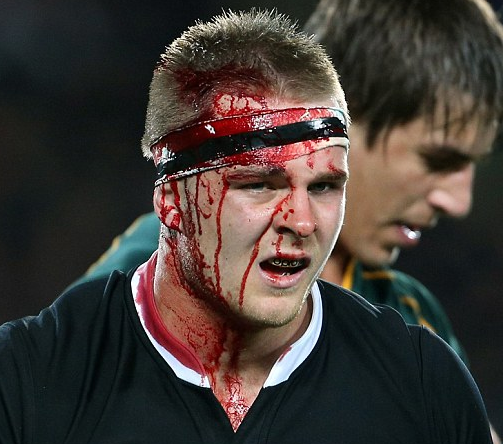