The Viewing Figures From Ireland's Defeat Against England Are Impressive

While the performance was ordinary the viewing figures certainly were not, it has been confirmed that 1.45 million viewers tuned in to watch Ireland v England on Virgin Media One.

Ireland fell to a 32-20 loss against England at the Aviva Stadium, a result that ensures a failed Grand Slam defence bid. For the second year in a row, the game was broadcast on Virgin Media One for an Irish audience. 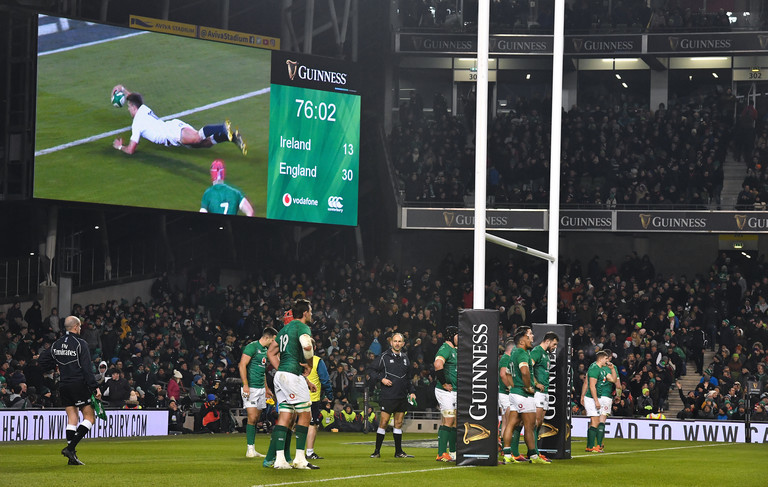 The game's average viewing share was 68%. Viewing peaked at 1.1 million.

In total viewership for all three games including Wales' victory over France and Scotland's win against Italy averaged 524, 000. This is also an increase of 51% on last year's game.

The figure also beat RTE's numbers from Ireland's historic victory in 2018 over New Zealand, which peaked at 1,036,500.