Ireland's Six Nations championship hopes are over after a disappointing 15-13 loss to France in Dublin this afternoon.

Andy Farrell's side performed to a decent level in the first half, but even then they rarely threatened the French line. The second half was a very different story, with France dominating proceedings. Ireland were within a penalty of securing a victory in the closing stages, but they can have little complaints about the loss.

In all, this team continues to be plagued by the same issues. The ball moves far too slowly, with making any sort of consistent line-breaks a real struggle. Major changes are going to be needed if this group is to compete at the top level in the near future.

Speaking on Virgin Media after the game, Ronan O'Gara said that a lack of tempo in Ireland's play was the major area of concern.

"We didn't play with enough tempo."

"We were hesitant at times."

"There's a fair difference between our best players and worst players.

The big thing for me, we didn't play with enough tempo.

When we moved the ball at times we looked dangerous. We stressed their defence, I think we're a fitter team than France but we way we got the ball and played at times for 80 minutes wasn't what we wanted...

If you play 15-to-15 you're not stretching the defence, you're looking for them to hit a fatigue zone and make poor decisions. You could see at the end there, if that went on potentially for another minute somebody would have come up with the silly decision to give Ross Byrne the match point that I think he deserved.

You're talking about fine margins in that regard but I think Ireland with the ball there's more growth in them, there's more opportunity in them. I think we're hesitant at times...

I don't think if you're losing at home irrespective of the opposition, with the standards this team have set themselves and the people involved in this team, they will be bitterly disappointed. It's all about winning...

The performance was (a step in the right direction). It was mixed. You can see that playing the test level game there's a fair difference between our best players and our worst players. There's too much of a difference. 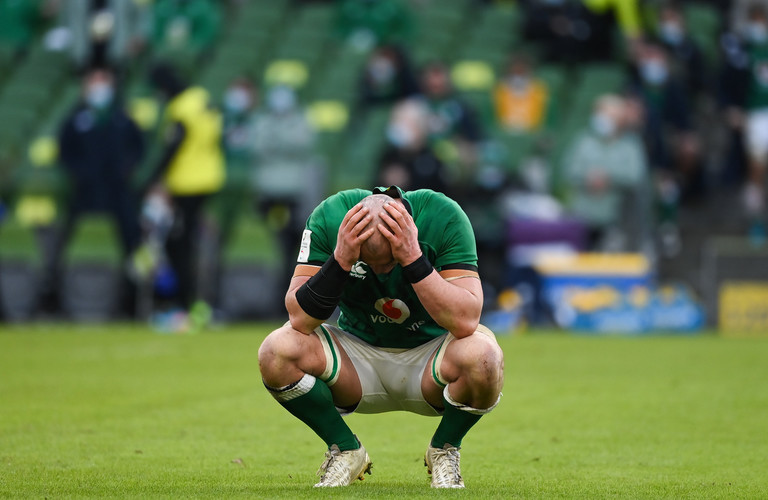 There was some disagreement amongst the rest of the Virgin Media panel.

Matt Williams said that Ireland have made minimal progress in the last two years, something that pales in comparison to France who also appointed a new head coach at the same time Andy Farrell moved into his new role.

However, Eoin Reddan believes Ireland have made some real progress in some areas of the game.

Williams: If you get in your helicopter and you go up high and have a look, Ireland are in a period now of two years where they haven't performed anywhere near the expectations of the team, or the qualities of the team.

Even in the first half they had all those opportunities but couldn't get across the line. James Lowe came close but that was it. We've seen that for a long, long time.

When you're an international coach like [Andy] Farrell is there now, there's two things that you've got to deal with. He can't go back five years and get a production line going like Fabien Galthié has.

Galthié and Farrell started coaching on the same day, they were assistant coaches that lost the quarter final (of the 2019 RWC) and became head coaches.

But look at the progress that France have made made, it is massive. They have taken giant steps forward, are in the top four in the world, and are a young side and getting better...

If we look at Ireland since that quarter-final, have they gone forward? If we have, it's a bloody small step.

Reddan: I disagree with Matt, I think we have gone forward. I think the player base is way wider than it was, we were missing two or three key players today and we ended up just losing to a very good French team.

I think from a helicopter view our defence has probably moved on since the autumn, we look more aggressive. There are individual errors, but as a system I think we're moving towards a system that could deliver results in the future once the players learn, get better, or you find players.

You've got a good coaching team with Paul O'Connell in with the line-out and a good forwards coach, John Fogarty is doing great with the scrums, they were both good parts of the game today. With Simon Easterby allowed to fully concentrate on the defence I think that will get better as well.

Williams: But Eoin, we've given away four tries in two games on the wings, playing a defensive system which on the wings isn't working.

Ireland now have two weeks to prepare for a game against Italy in Rome, where a failure to secure a convincing victory would leave Andy Farrell in a very precarious position. 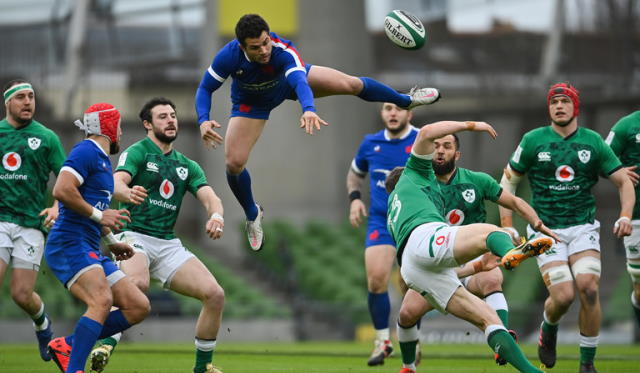