Some casual play from Virimi Vakatawa cost Racing 92 in a 29-23 defeat at home to Toulon in the Top 14 on Sunday.

Racing 92 were 17-3 down 20 minutes into the match when Teddy Thomas took three Toulon players out of the game with a brilliant offload on the right wing.

It put France international Vakatawa in space with the line in sight. However, standing in the in-goal area, Vakatawa took his time in touching down the ball.

The quick-thinking Gabin Villiére intervened to prevent a try

Neither Simon Zebo nor Donnacha Ryan were involved for a Racing 92 side which did get back into the game in the first half. Through tries from Wenceslas Lauret and Thomas, they were level 20-20 at the break.

However, Toulon outscored them three penalties to one in the second half. 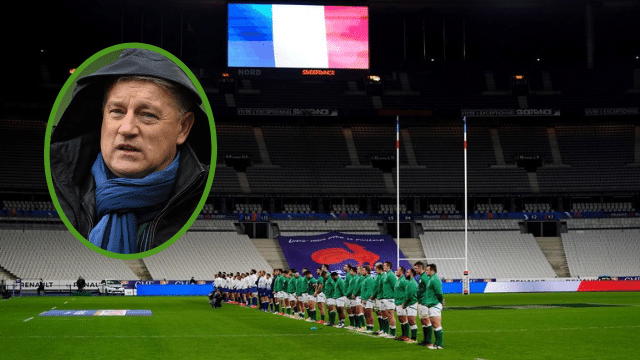 Rugby
9 months ago
By Donny Mahoney
Report: Simon Zebo To Make Sensational Return To Munster Next Season
Rugby
10 months ago
By Balls Team
Report: Ryan Likely To Depart Racing 92, Zebo Could Follow
Rugby
1 year ago
By Gary Connaughton
Watch: Stunning Racing Try Steals Late Win Over Saracens
Popular on Balls
Hurling
1 week ago
By Balls Team
A Tribute To GAA Players Who Looked Significantly Older Than Their Age
Rugby
2 days ago
By Colman Stanley
The Fascinating Journeys Of The 2012 Ireland's U20 Rugby Team
Football
1 day ago
By Gary Connaughton
Some Pundits Are Revelling In Rafael Benitez's Everton Sacking
32