Slow has been change in arriving for Ireland under Farrell. Now well over a year in his tenure with the team, all of the same issues that plagued them towards the end of the Joe Schmidt era are still present.

Ireland play the same defensive orientated style with very little imagination in attack. That should hardly come as a surprise when there has been little change in personnel.

That includes the half-back positions, where Conor Murray and Johnny Sexton haven't quite hit the heights that they have managed in the past.

Some are now calling for Andy Farrell to move on from that pair, with a number of intriguing prospects emerging at those two positions. That opinion is not confined to those inside of Ireland.

Speaking to RugbyPass, Wales legend Jamie Roberts thinks that now is the time for Ireland to break up the Murray-Sexton partnership with the 2023 Rugby World Cup in mind.

The pair have driven Ireland's success for years but is it time for Ireland to move on from the British & Irish Lions duo? 🇮🇪#SixNations @ChristinaMahonx @Jamiehuwroberts @ryanwilson89 pic.twitter.com/jBfKZuw3zq

I think Ireland have to move on.

Are Conor Murray and Johnny Sexton going to be the starting half-backs at World Cup 2023? And have Ireland got a chance of winning it if they are? I say no. So when do you make the change?

Look, I know they’re both fantastic players and have both been brilliant for Ireland. Only Andy Farrell knows how much longer those lads can play on.

If you’re going to play that sort of game you can’t pick Conor Murray at nine. Gibson-Park has to play.

Johnny Sexton is obviously in a successful Leinster side and has the ability to play that game, but isn’t as much of a running threat as your Billy Burns sort of player.

John Cooney is another one for me where it’s a minor miracle that he’s missing out on that Ireland nine selection debate. Top player for his club, seems like he has all the attributes to thrive in test rugby but he’s not really had the chance.

So I think Ireland have to figure out how they want to play, first and foremost, and pick players that are going to allow them to play that way.

There are a number of options for Ireland in those positions.

Jamison Gibson-Park and John Cooney have both been excellent at provincial level for the last couple of years, while Craig Casey is already making waves after his introduction to the Ireland setup.

At ten, Ross Byrne and Billy Burns are both interesting prospects, but 21-year old Harry Byrne is seen by many as Sexton's long-term successor at that position. 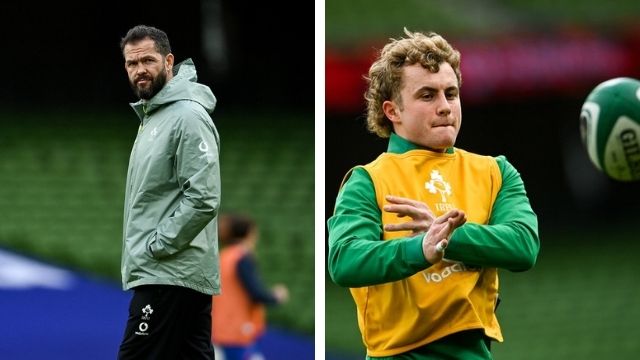