Lions boss Warren Gatland singled out Jack Conan for special praise on Saturday night after the Lions secured a 22-17 first test win over the Springboks.

The Lions had to endure a first-half storm from the hosts, going in behind at the break before they eventually wore down Jacques Nienaber’s side.

And one man who impressed during the game was Ireland international Jack Conan who made his test debut for the Lions.

Speaking during his post-match press conference, Gatland explained that Conan’s performance was the reason why they picked him for the game.

Jack did what he does well and the reason we picked him, he doesn't make mistakes.

He's incredibly accurate, he takes those kick-offs, he has got some good footwork, he got us some go-forward and he does a lot of the unspectacular stuff that you need in a forward pack to get the balance right.

You have got guys that will carry a bit more and stuff, so we were really pleased with his performance. It was incredibly solid.

He has continued to improve and improve in this environment. He's like a sponge in terms of gaining knowledge.

He asks really, really good questions. He takes on information well, so we are really pleased with his development.

Gatland also explained that Conan’s confidence has played a role in his performances with the Leinster star bouncing back from a nervous start to his tour.

I know the first game he played, he was incredibly nervous about the first hit-out.

He is one of those players that does get pretty nervy before a game, but this week, he seemed a lot calmer and a lot more assured.

I think that has given him a lot of confidence and self-belief in himself in his own performances.

Many were surprised to see Conan included for the first test ahead of Taulupe Faletau, but he seems to have the position secured for next week's game. 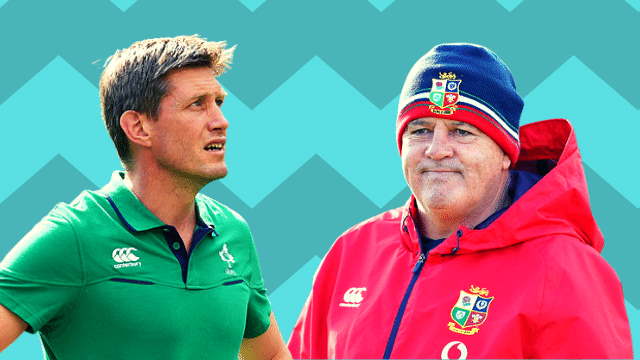