Top-rated Gatland's four-year deal with the Super Rugby side includes a release clause for him to honour his commitment to handle the British and Irish Lions on their 2021 tour of South Africa.

The former All Blacks and Waikato hooker attracted global interest after announcing he would quit Wales, with whom he has won three grand slams, after this year's World Cup.

New Zealand Rugby's head of professional rugby, Chris Lendrum, described the appointment as "a coup for the Chiefs".

The announcement came a day after Colin Cooper quit as Chiefs' coach with a year left on his contract.

Gatland has made no secret of his desire to return to the Waikato region where he grew up, and earlier this month ruled himself out of becoming England's head coach, declaring his intention to work in New Zealand. 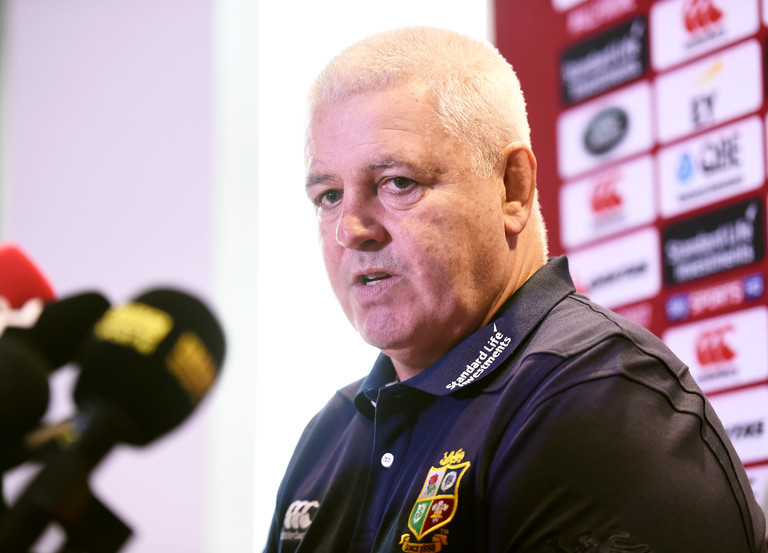 His decision to coach the Lions for a third tour indicated he would not be pushing for the prized All Blacks job when Steve Hansen steps aside after the World Cup.

Crusaders coach Scott Robertson and Hansen's assistant Ian Foster are considered the leading contenders to fill the All Blacks role.

But 2011 World Cup-winning coach Graham Henry believes Gatland will be a leading candidate further down the track.

"It is highly probable. He has proved to be one of the best coaches in the world," Henry told the BBC.

"So there is a pretty competitive field right now, but Warren would be one of the front-runners if he made himself available."

Gatland said the opportunity to return to his homeland to coach the Chiefs was "something that I am really looking forward to.

"The Chiefs are well known for the success they've had both on and off the field and the really loyal support they have from everyone within the Chiefs region."

Gatland, who played 17 matches for the All Blacks, has been the head coach of Wales since 2007, leading them to four Six Nations titles.

He also coached the British and Irish Lions to victory against the Wallabies in 2013 and a drawn series with the All Blacks four years later.

The package includes a release clause allowing Gatland to miss the 2021 season while he takes charge of the Lions on their tour of South Africa.

Former All Black Justin Marshall said New Zealand Rugby was making a "massive concession" by signing Gatland as Chiefs coach and still allowing him to coach the Lions.

"The New Zealand Rugby Union have not often given too much leniency when it involves helping the rest of the world. And to an extent that's what Warren Gatland will be doing," Marshall told Radio Sport.

"They won't be happy about it, but... they still see there's more value in having him in New Zealand than not, so they're prepared to let the rope out a little bit. I think that's brilliant."

The Chiefs were the Super Rugby champions in 2012 and 2013 under Dave Rennie, who is now with the Glasgow Warriors. They made the semi-finals in 2016 and 2017, and for the past two seasons under Cooper they reached the quarter-finals.