English out-half Danny Cipriani was sent off for a high hit during the first half of Gloucester's visit to Munster for their Heineken Champions Cup clash.

It has been well documented that world rugby are trying to lower the tackle height and this has been a huge feature of the rugby season thus far. Trials had been put in motion for the tackle height moving to the nipple line while Toulouse's Jerome Kaino was hit with a five-week ban for his high hit on Jamie Roberts last week. Cipriani is now the latest player to fall foul of this new law. 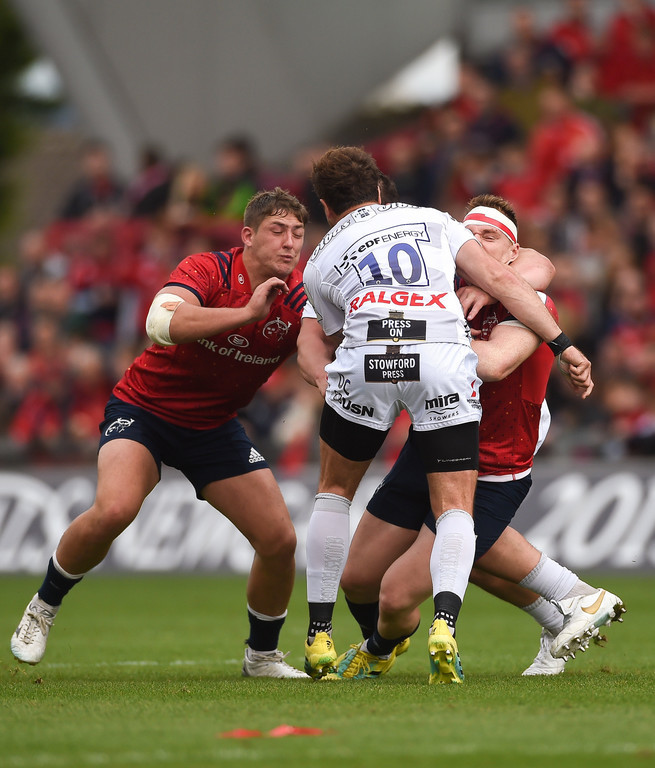 With the game tight after a tense opening half hour, Rory Scannell's hard card carry saw Cipriani fail to get low enough and he made the hit with his shoulder.

Referee Alexandre Ruiz did explain that his hands were tied; It was high, that is red. This is the rule now.

Danny Cipriani has been sent off ?

He knew straight away he was going to be shown red for this tackle.

He apologised on his way off but his week has gone from bad to worse... pic.twitter.com/XGga2MHz2P