Ireland gave their 2022 World Cup qualification hopes a lifeline with a crucial win away to Italy today. Winger Beibhinn Parsons was involved in both of the Irish tries.

After a shock defeat to Spain earlier this week, Sunday's game in Parma was a must-win for coach Adam Griggs and the Irish women's team and, despite a rocky start to the second half, they saw out the result.

Ireland's defeat to Spain on Monday has left them chasing qualification from their qualifying group with the Spaniards, Italy, and Scotland. A win against Italy was crucial to keep the team's hopes of moving on to December's repechage qualification tournament - and a win is what they got.

Beibhinn Parsons' try in the first half had Ireland ahead at half-time, after sustained pressure from Ireland paid off to give them a 5-0 lead at the break.

Beibhinn Parsons has given Ireland the lead against Italy in Parma with this try.

Sustained Irish pressure and they had to withstand some Italian attacks.

It was a poor start to the second-half for Ireland, however, and it appeared a repeat of the Spain defeat could be on.

Firstly, fullback Eimear Considine was sent to the sin-bin just five minutes into the second half for a high tackle, before Italy used the extra player to their advantage to score their first try through Beatrice Rigoni. The conversion on the try meant that Italy led 7-5, and Ireland had to dig deep to see off Italian pressure.

As Considine returned to the pitch, though, the momentum swung completely. An Italy sin-binning reversed the advantage, with Stacey Flood putting Ireland in front immediately through a penalty.

Parsons was to be the star, though. After scoring in the first half, a stunning run from inside her own 22 brought Ireland deep inside Italian territory, before some swift passing took advantage of the scrambling Italian defence and Amee-Leigh Murphy Crowe finished a superb try underneath the posts.

There were to be no more scores and Ireland saw out the 15-7 win effectively, putting them right back in the hunt for a spot at the 2022 World Cup in England.

Their final group game against Scotland is on Saturday afternoon, with Ireland needing some results to go their way in the meantime. After overcoming a rocky patch against Italy, though, Adam Griggs will have faith in his team to see out the task. 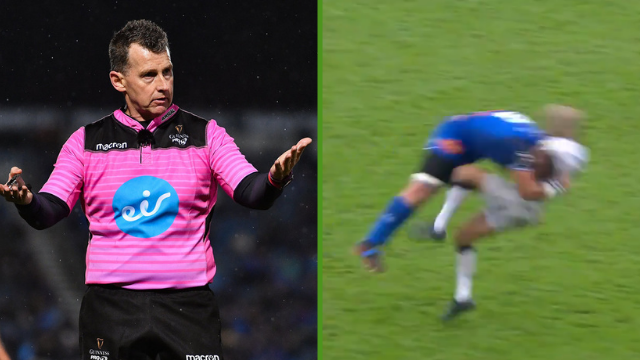