Brian O'Driscoll and Tommy Bowe shared many a moment on the field and it seems they never let that teammate camaraderie go.

Bowe is often seen as a presenter on Virgin Media's Ireland AM show these days and back in August, he committed the blunder of all blunders.

Presenter Muireann O'Connell was teeing up an interview with author Seamus O'Reilly about his book Did Ye Hear Mammy Died? to talk about dealing with grief.

"Author Seamus O'Reilly was just five years old when he and his ten siblings..." O'Connell said before Tommy jumped in with "ten siblings?!" but it was very unfortunately timed.

O'Connell continued, "...sadly lost their mum." Bowe was left with his head in his hands to pick up the pieces of a Partridge-esque mistake live on air.

On Wednesday Brian O'Driscoll appeared on Ireland AM to talk about the Children's Hospital appeal ahead of the festive period.

When on the show, BOD couldn't help but take a rib at Tommy Bowe's unfortunate mishap a few months earlier with a clever comment and card to match.

"This year," O'Driscoll said. "My folks and my TEN SIBLINGS, no I've only two siblings!" to which Tommy replied, "I was wondering how that answer has come up!"

"I was actually going to send you one of these myself," Bowe replied, "And say, 'To Brian, I set you up for ten tries! Thank you very much, Merry Christmas to you."

The two former Ireland stalwarts were helping to promote a new campaign by the Children's Health Foundation in the run-up to Christmas.

They're calling on people across the country to give a special donation to help get kids back to being kids and support patients and staff in children's hospitals.

"I found out that I spent my first Christmas in Temple Street myself, bronchiolitis I think my Mum told me. It's not sometimes the kids, it's the parents," O'Driscoll said.

"And the other siblings who are left home with granny and grandad. It's a really tough thing at any time of the year to see a sick child but particularly at Christmas time."

To help to support the cause, you can text BACKTO to 50300 to donate €4 or visit childrensheatlh.ie/donate to give support online.

There's also a raffle for a pair of signed gloves from Olympic hero Kellie Harrington. You could find it on the justgiving.com site here.

All the proceeds will go towards supporting the patients and staff at Temple Street, Tallaght and Connolly Hospitals. 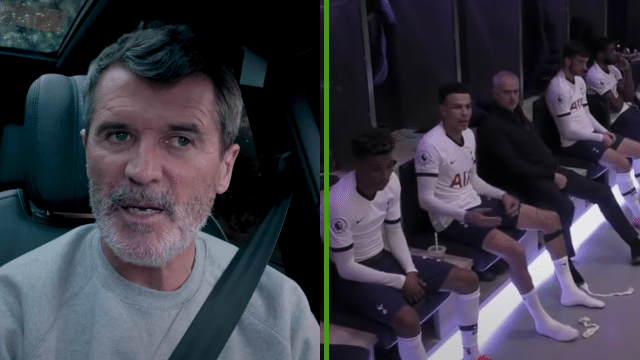