Connacht fell to a 29-22 defeat last night against Edinburgh in a game that saw the fastest try in the league's history.

The result leaves them in fifth position, four points ahead of Ospreys with two games more played. Connacht did well to overcome a remarkable opening ten seconds that saw the Scottish side kick-off, block down Tieran O'Halloran's clearance and touchdown thanks to Dougie Fife. The previous record was 18 seconds and stood since 2005's Dragons v Cardiff game.

Connacht looked effective and lively with ball in hand but once again defensively they were suspect and allowed Duncan Weir to come off the bench and punish with successive penalties in the closing exchanges. The result means any hopes of a Champions Cup qualification will be via the one-off conference playoff. 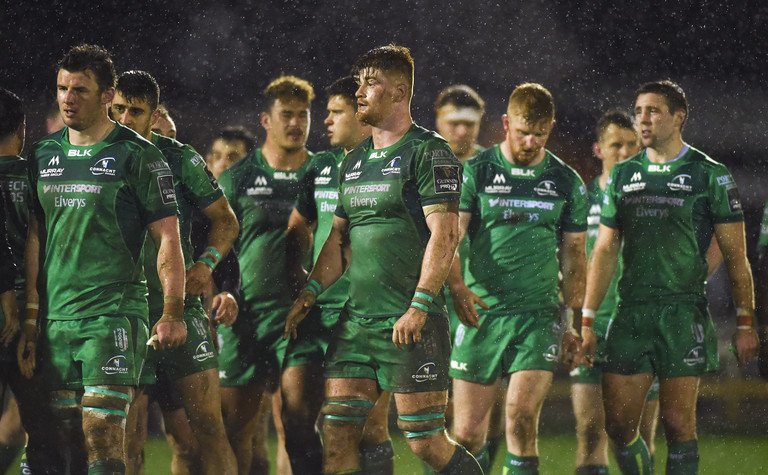 Their attention will now turn to Gloucester, who travel to Galway next week for their Challenge Cup quarter-final.

Rugby
2 months ago
By PJ Browne
Andy Friend Signs New Deal To Stay On As Connacht Head Coach
GAA
3 months ago
By Maurice Brosnan
Inside The Most Dramatic Declines In Irish Sport
Rugby
4 months ago
By Donny Mahoney
Tadhg Leader Is Trying To Make It As An NFL Kicker
Popular on Balls
Football
8 hours ago
By Gary Connaughton
Watch: Ireland's Ademipo Odubeko Scores Stunning Hat-Trick For West Ham U23s