Ireland will face New Zealand in what promises to be a monumental task for Joe Schmidt's team. Ireland will hope to go one better as they were agonisingly close to defeating the All Blacks in 2013.

In the closing stages of a truly pulsating game of rugby in November 2013, Ireland lead the All Blacks 22-17  but resilient runs by Ma'a Nonu and Ben Smith weakened the already tired Irish defence.  Ryan Crotty then found space down the left flank and he scored a try to break Irish hearts. Never has a stadium gone from pure euphoria to despair in such a short period of time. Aaron Cruden converted and the All Blacks finished the calendar year with a 100% record.

Ireland enter the 2016 Autumn Internationals with a 0-1-27 record against New Zealand. Coming off the back of a rather disappointing Six Nations campaign, Joe Schmidt - who recently extended his contract - will seek out a positive performance. 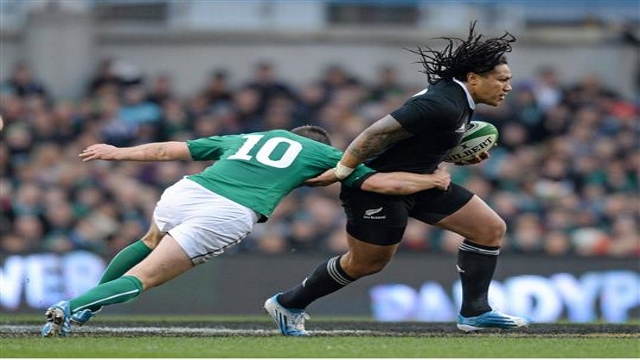 Where To Watch Ireland Vs All Blacks...

If You're In Ireland:

A new television era is dawning in Ireland as eir Sport obtained the exclusive rights to the 2019 Rugby World Cup and the upcoming Ireland vs New Zealand test in Chicago, November 5th.

For those of you with eir Sport, coverage starts with kick off at 8pm Irish time.

eir Sport will also feature Munster's clash with the Maori All Blacks at Thomond Park on November 11th.

If You're In The United Kingdom:

Due to the fact that eir Sport is unavailable in the UK, the Ireland v All Blacks game will be live in HD as part of the BT Sports package. Again, 8pm kickoff - coverage begins at 7:45pm

If You're In The United States:

In the US, the match will be shown on the NBC sports network. Check our cable provider for the exact stream. NBCSN have promised to air the game at 8pm local time.

No matter which country you find yourself watching the game in, it promises to be a truly fascinating encounter in front of a 61,500 capacity crowd in Chicago.

Rugby
4 days ago
By Jonathan Byrne
All You Need To Know About Ireland's Rugby World Cup Qualifier Vs Scotland
Rugby
2 months ago
By PJ Browne
Ireland U20s Come Back From 11 Down For Bonus Point Win Over Italy
Rugby
3 months ago
By PJ Browne
CJ Stander Has Already Turned Down Offer To Do U-Turn On Retirement
Popular on Balls
GAA
15 hours ago
By Gary Connaughton
Watch: Kildare's Daniel Flynn Scored A Frankly Ridiculous Point For His Club Last Weekend
Football
17 hours ago
By Gary Connaughton
Tim Sherwood Thinks Arsenal Signed The Wrong Brighton Defender