Aaron Sexton is arguably the fastest man in Irish sport. The 20-year-old ran the 10th fastest 100 metres in Irish history before hanging up the sprint spikes to join Ulster.

A massive loss for Irish athletics looks like it will be a huge gain for Irish rugby. Sexton made his Ulster senior debut two weeks ago, but over the weekend, in a game for the Ulster A team against the Munster As, he provided the world a glimpse of his incredible speed, collecting a box kick before casually stepping around a substitute prop and blasting over the touch line.

Now Munster's defence in the video clip above isn't exactly magnificent but holy God, Sexton has jets. The likes of Chris Cloete, Tommy O'Donnell and Darren Sweetman were playing for Munster A that night so it's not as if Sexton is playing the Ballymena Bs here. Sexton generated so much momentum, he nearly dove out of touch. Check out the reaction of the Ulster subs in the background of this photo. 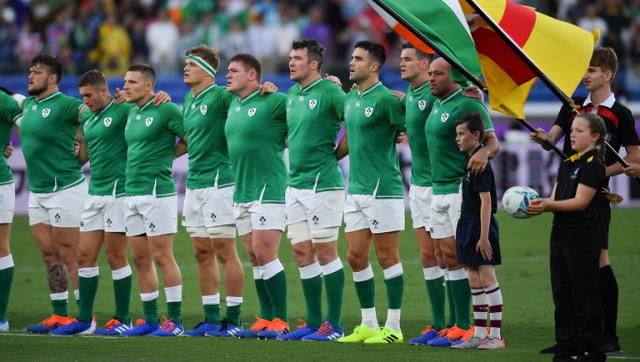 Rugby
2 years ago
By PJ Browne
Ulster Rugby Star Breaks 100m And 200m Records At Schools Championships
Popular on Balls
Rugby
2 days ago
By Colman Stanley
'That Pace, That Intensity, That Organisation' All Black Legend Has High Praise For Leinster
GAA
2 days ago
By PJ Browne
Cusack Has Little Sympathy For Gearoid Hegarty After Red Card
GAA
23 hours ago
By PJ Browne
GAA President Explains Why Tailteann Cup Won't Be All-Ireland Curtain Raiser
Football
3 days ago
By Eoin Harrington
Alan Shearer Says Roy Keane "Ran Away" From Him After Famous Clash