JJ Hanrahan scored a last minute drop goal to salvage an 18-16 victory for Munster over Benetton in the Guinness PRO 14 this evening.

Munster managed to escape Italy with a victory thanks to Hanrahan's magic with the last kick of the game, however the match couldn't have started better for Munster.

The province went 12-0 up in the early stages of the game, with Darren Sweetnam touching down from a Mike Haley kick. Then, Niall Scannell touched down for his side's second try, with Ben Healy scoring the conversion.

Subsequently, Munster turned up the pressure, with Benetton's Marco Riccioni receiving a yellow card. The caution seemed to spark the Italian side into life, with Angelo Esposito driving over in the corner for the home side’s opening try.

However, Tomasso Allan couldn't apply the extra two points. However, the out-half notched his first points minutes later from a penalty. Allan added another just before the half to close the gap to one point.

In the second half, Munster restored their four point lead through the boot of Ben Healy.

Again, Benetton ratcheted up the pressure, with Munster's rearguard being tested time and again. The boot of Tomasso Allan put Benetton into position in Munster's 22, eventually going over from a five metre scrum.

It looked all over when Munster conceded a penalty in Benetton's 22, with Allan booting the ball to Munster's 22 metre line for a Benetton lineout.

However, Munster stole the lineout and worked their way up the pitch.

Eventually, Hanrahan, who replaced Healy in the second half, saw his opportunity and took it.

JJ Hanrahan wins the match with a cool drop kick with the clock deep into the red.#BENvMUN #GuinnessPRO14 pic.twitter.com/mrq8rp4ud4

Ice in his veins. 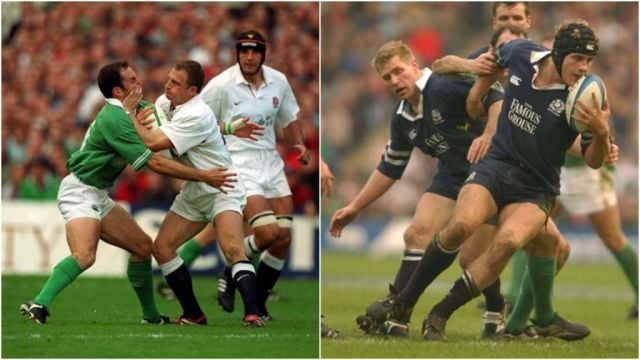