Ireland gave England an almighty hammering today at the Aviva. It was telling that in his post match interview that Player of the Match Robbie Henshaw listed CJ Stander's retirement at the top of his list of motivations for this match. Andy Farrell also singled Stander's retirement as inspiration. Beating England is its own reward, and Ireland badly needed a big result today, but it was obvious that Ireland felt that they owed CJ a victory today.

Of course it was Stander's final match for Ireland. Stander has given all of himself in his five years soldiering in the back row for Ireland. It was a pleasure to see his teammates attempt to return the favour today.

Today was about Henshaw's defense Sexton's surefooted kicking and Furlong in the scrum, but it was also about Stander, who was his usual immense self. He made nine tackles and carried eight times for ten metres. Look at him repel the three tackles from three Englishmen here, including Tom Curry and Billy Vunipola. The joy is written all over his face.

At full time, Stander was in tears. A lot of guff has been spouted this week about Stander - some were calling him to be benched because he was retiring, others were questioning his motives. It is patently clear from his emotions after the match just how much the green shirt meant to him. To quote one of sport's greatest clichés, CJ Stander owes us nothing.

This is the answer to the 🤡🤡🤡 who doubted CJ Stander’s commitment- we’ll miss him so much in the ⁦@Munsterrugby⁩ red and green of Ireland ❤️CJ pic.twitter.com/ahx7aiTo9F

A hoarse Stander gave an emotional interview to Sinead Kissane after full time. He spoke about honestly about how much it meant to him to player for Ireland and how much he wanted Ireland fans, and his own family, to be there for this victory.

"I am forever grateful. Dreams do come true."

CJ Stander speaking to @sineadkissane after his final game in an Ireland jersey.

'I just wish my family could have been here, my wife and my daughter. Thanks from the bottom of my heart, as CJ stander, for all the support for everything you've done from me.'

Irish fans were just as emotional to say goodbye to Stander.

Cj Stander in the dressing room after that win... pic.twitter.com/7Qi4Gg3CG4

Sometimes the swan song befits the man. Many majestic performances from Ireland today but CJ Stander gets the send off he deserves. Has given everything for Ireland and Munster and doesn’t deserve any of the shit thrown at him from many in the media. A gent on and off the field.

Another one of those little shames that Covid has brought - for CJ Stander not to be able to do a lap of honour with his little girl, with his wife & family in the stands, and get the acclaim of 50,000 adoring Irish fans! 🥲 #ThanksCJ #IREvENG #SixNationsRugby

I never planned to get this invested in CJ Stander. But it happened... thank you to @CJStander and @JMNeethling for all you have both given to Ireland! Should be very proud, because the fans are 🇮🇪 #IREvENG

CJ Stander.
Never met you.
Know your brother-in-law.
Interviewed your very shy wife when she was a teenager at the Melbourne CWG.
But, watching the respect you have from your Ireland teammates and opponents, I reckon you are a great Irishman and a South African.

This video of Stander giving a thumbs up to an empty Aviva as he walked off the pitch for the final time really hits us in the feels. 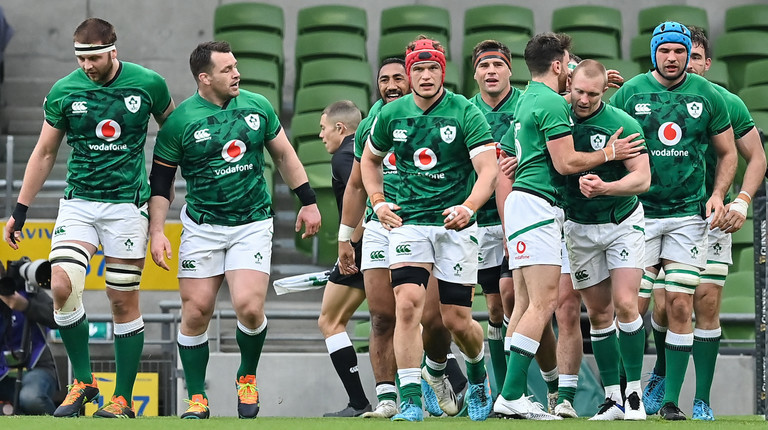