Wayne Barnes is no stranger to sending off hookers after they've directed foul mouthed words towards him.

Stade Francais' no. 2, Tolu Latu, was Barnes’ latest victim when he was given his marching orders in the 47th minute of his side’s Champions Cup tie with Connacht on Sunday.

Latu had already been yellow carded for foul play at a ruck, and Barnes swiftly issued him with another when he heard the expletives.

Wayne Barnes can be clearly heard repeating the words that came out of Latu’s mouth, which were “he’s said f*cking hell. He’s then looked at me and said, I got the f*cking ball.”

The ‘rugby is better than football’ argument is cringey at best but this is one area where the oval game has one up on its circular counterpart.

Barnes' actions, done with zero hesitation, are an example of why the respect for referees on the rugby field is so high.

Wayne Barnes famously performed a similar sending off to ex-England captain Dylan Hartley during the 2013 Aviva Premiership Final between Northampton and Leicester Tigers.

Hartley, who had been warned earlier in the game for back chat, was sent off at the end of the first half for cursing out Wayne Barnes after his side gave away a scrum penalty.

The circumstances leading up to the scrum were an amusing series of unfortunate events for Northampton and Hartley.

Barnes warned them loudly and clearly that they were not allowed kick the ball straight out from a 22 in order to end the half, however outhalf Stephen Myler preceded to do so anyway.

With the half seemingly over, coaches began heading for the dressing rooms, while kid dancers got ready to head onto the pitch for half-time entertainment.

But Barnes called the teams back for the ill-fated scrum, and the dancers, unaware of the legendary refereeing moment that was about to occur, ran back inside.

Despite Hartley’s incredulous reaction to the sending off, replays showed him clearly looking at Wayne Barnes while uttering expletives.

It was also significant from an Irish perspective as Hartley received an 11 week ban which forced him to miss the Lions tour to Australia, and allowed Rory Best to be called up in his place.

Waynes Barnes, he's nothing if not consistent.

See Also: 'People Can Say What They Want' - Jack O'Donoghue On Munster Criticism 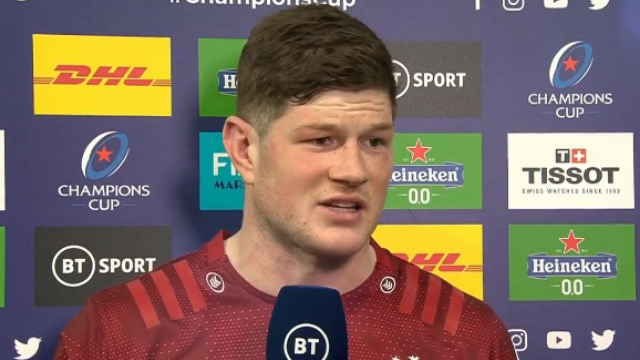