What Time Is Lions v South Africa: How To Watch The First Test From Cape Town

The Lions finally get their three-game series against South Africa underway this weekend.  It will bring an end to their intense preparations that have often been hampered by the worsening Covid-19 situation in South Africa. We've got all the information you need on the huge first test, including what time is Lions v South Africa

The first test of the Lions v South Africa will take place on July 24th at 5pm.

Where is the Lions v South Africa taking place?

The game will take place at Cape Town Stadium on Saturday evening.

How to watch the Lions v South Africa?

The Lions game against South Africa will be broadcast on Sky Sports Main Event on Saturday afternoon. Coverage begins at 3.30pm ahead of the 5pm kick-off.

South Africa named a very strong starting XV on Tuesday, with captain Siya Kolisi passed fit to start. The Springboks bench looks especially rugged and it all points to a fierce first Test in Cape Town.

5️⃣0️⃣-up for Pollard against the Lions on Saturday
🇿🇦 Experienced Bok side named for Cape Town Test
🗣️ “The forward battle is going to be as tough as it gets"
👉 Team announcement: https://t.co/VpaSUP4YGe#CastleLionsSeries #StrongerTogether #StrongerForever pic.twitter.com/GuTORY78qJ

You can feel it around the place, it has a lot of importance on it - rugby players in general rise to these occasions, with that internal want to do well.

Everyone’s a little bit on edge.

"We’re into the nitty-gritty of the tour now and it means a lot to people so everyone is just waiting to see how it pans out if you are in or out.”

When is the second Lions v Springboks Test?

Next up for the British and Irish Lions is the second test against the Springboks on Saturday week, also in Cape Town. 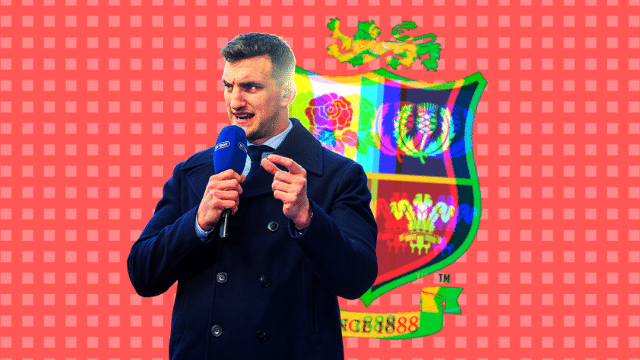