Where To Watch England Vs Ireland In U20 Six Nations? TV Details For Northampton Clash

Ireland will seek their third win of the championship this evening, and we have all the details on where to watch England vs Ireland in the U20 Six Nations.

Noel McNamara's side have been very impressive up to this point, earning convincing wins over Scotland and Wales. England will also be looking to retain their own 100 per cent record, having earned tight wins over France and the Scottish.

Where to watch England vs Ireland in U20 Six Nations?

Unlike the first couple of matches, this one will not be broadcast on RTÉ. Instead, it will be broadcast live on Sky Sports Mix, with coverage getting underway at 7.30pm. The channel is free-to-air on both Sky and Virgin Media.

What time is England vs Ireland in U20 Six Nations?

The match will kick-off at Franklin's Gardens in Northampton at 7.45pm.

What is the Ireland team? 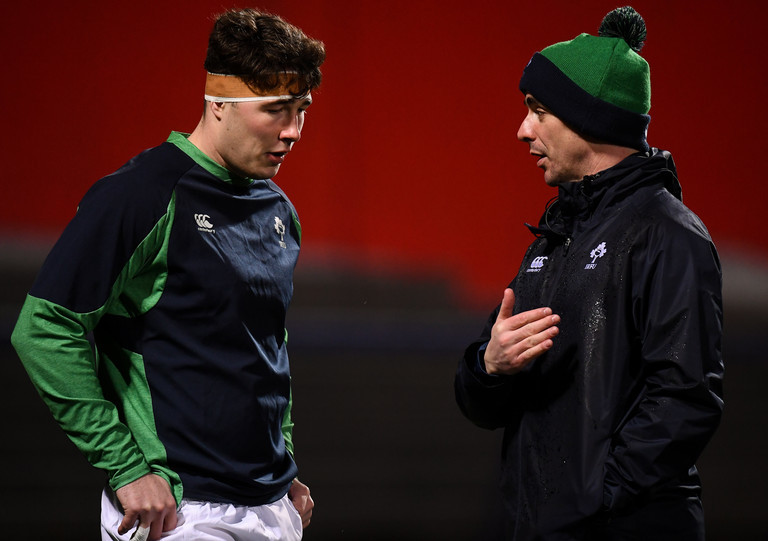 Ireland U20 head coach Noel McNamara has made four changes to the team that defeated Wales last time out.

Ulster pair Ethan McIlroy and Hayden Hyde return to the side following illness. Leinster's John McKee will make his first start of the championship at hooker while provincial teammate Alex Soroka comes into the backrow to replace the injured Marcus Hernan.

What is the England team?

England U20s face Ireland at Franklin's Gardens this Friday (KO 19:45 GMT) with both teams unbeaten so far in the competition 🌹

Find out more and get your tickets ⬇️