Where To Watch Ireland Vs Scotland? TV Info For Their World Cup Opener

Yokohama will play host to Ireland's 2019 Rugby World Cup opener. It is a huge game to kick-off an eagerly anticipated tournament. Here are all the details for those wondering where to watch Ireland vs Scotland as well as team news for both teams.

Where to watch Ireland vs Scotland?

You are spoilt for choice. All of Ireland's games are live on RTE 2, while every single game is live on Eir Sport. On top of that, ITV have every game as well. 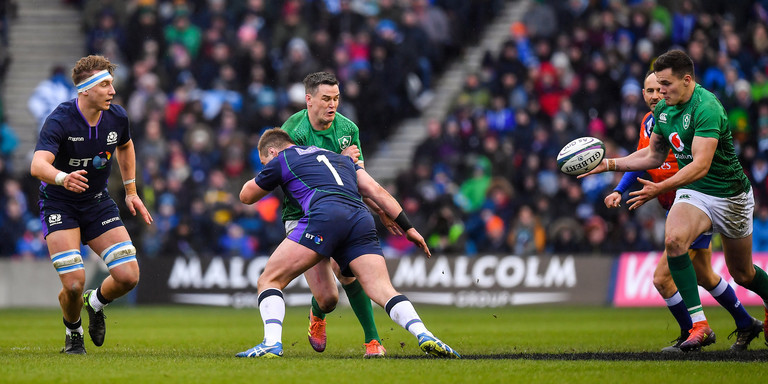 What time is kick-off?

The game kicks off at 8.45am Irish time on Sunday morning.

Robbie Henshaw, Rob Kearney and Keith Earls have not recovered to make the squad. Jordan Larmour starts at full-back with Andrew Conway on the wing and Garry Ringrose in the centre.

Are Scotland in good form?

Gregor Townsend has his own injury concerns but scrum-half Greig Laidlaw does start. Elsewhere, Stuart Hogg is at full-back and Finn Russell at out-half.

Your Scotland team to play Ireland in this Sunday’s Rugby World Cup Pool A opener in Yokohama has been announced!

So a reminder on where to watch Ireland vs Scotland - it is live on RTE2 and Eir Sport. Joe Schmidt's side open their World Cup campaign in Yokohama with kick-off at 8.45am. Balls.ie's preview of the game can be found here, while you can Stephen Ferris's thoughts here and Brent Pope's here.