Where To Watch Ireland Vs Wales? TV Info For World Cup Warm-Up Game

The final warm-up game before the big event takes place in the Aviva Stadium on Saturday with the top spot in the world rankings on the line. Here are all the details for those wondering where to watch Ireland vs Wales as well as team news for both teams.

Where to watch Ireland vs Wales?

This game is live on terrestrial television. Kick-off is scheduled for 2.00 pm.

The game is live on RTE Two for Irish viewers with a punditry team of Brent Pope, Eddie O'Sullivan and Stephen Ferris and commentary by Hugh Cahill and Donal Lenihan. Their coverage gets underway at 1.30 pm.

It is a hugely exciting line-up with Keith Earls, Robbie Henshaw and Johnny Sexton all returning to the team. Jean Kleyn partners James Ryan in the second row, while CJ Stander moves to six with Josh van der Flier and Jack Conan in the back row. 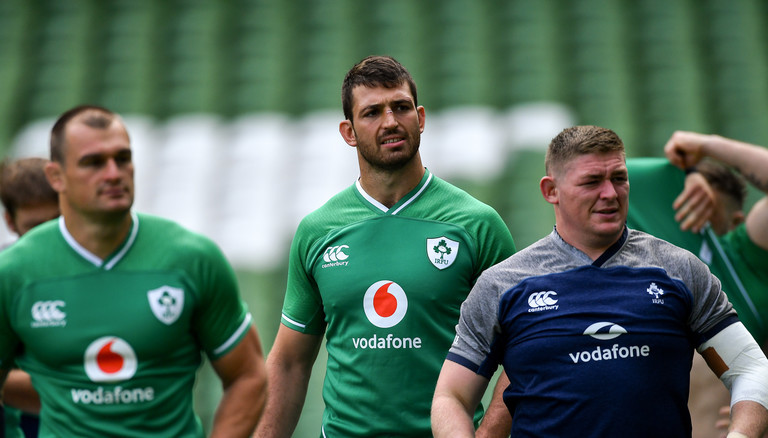 Are Wales in good form?

Yes. While it is a warm-up game, Warren Gatland has named a strong side for the tie in Dublin. They have already beaten England during this warm-up period.

So a reminder on where to watch Ireland vs Wales - the game is live on RTE Two and on Channel 4 with kick-off at the Aviva Stadium at 2.30 pm. You can listen to our full preview of the match on this week's Balls.ie rugby podcast here.

SEE ALSO: Ireland Can Become The Number One Ranked Team In World Rugby This Weekend

Rugby
3 weeks ago
By PJ Browne
CJ Stander Has Already Turned Down Offer To Do U-Turn On Retirement
Rugby
4 weeks ago
By Eoin Harrington
2021 U20 Six Nations To Kick Off In Cardiff In June
Rugby
2 months ago
By Balls Team
Ireland Dressing Room Sang 'The Best' For Emotional CJ Stander
Popular on Balls
Football
11 hours ago
By Eoin Harrington
'I Think It All Started With Roy Losing His Temper!' - Vieira, Keane And Neville On Highbury Tunnel Incident
Football
17 hours ago
By Michael McCarthy
Marko Arnautovic Gets One Game Ban - Is It A Cop Out?
Football
19 hours ago
By Donny Mahoney
VAR At The Euros Has Proven How Poor Premier League Refereeing Is
Athletics
21 hours ago
By Michael McCarthy
Don't You Just Hate When You Eat A Burrito And Test Positive For Steroids