Where To Watch Leinster Vs Glasgow? TV Info For Pro14 Final

Leinster take on Glasgow in the Pro14 Final on Saturday, the final game for players before preparation for this year's Rugby World Cup begins. We've got all the details right here, including where to watch Glasgow v Leinster and the starting line-ups.

Both teams won their respective conferences in the Pro14, with Glasgow topping Conference A and Leinster topping Conference B. Both sides beat Irish opposition in the Semi-Finals, with Leinster beating rivals Munster 24-9 and Glasgow destroying Ulster 50-20.

The final will be played at Celtic Park, a little over 8 miles from the Glasgow Warriors' home at Scotstoun Stadium.

Here are all the details of where to watch Glasgow vs Leinster, kick-off times and team news.

Where to watch Glasgow vs Leinster?

This season, Glasgow and Leinster have played each other once, with the Warriors winning 39-24 in the RDS Arena in April. 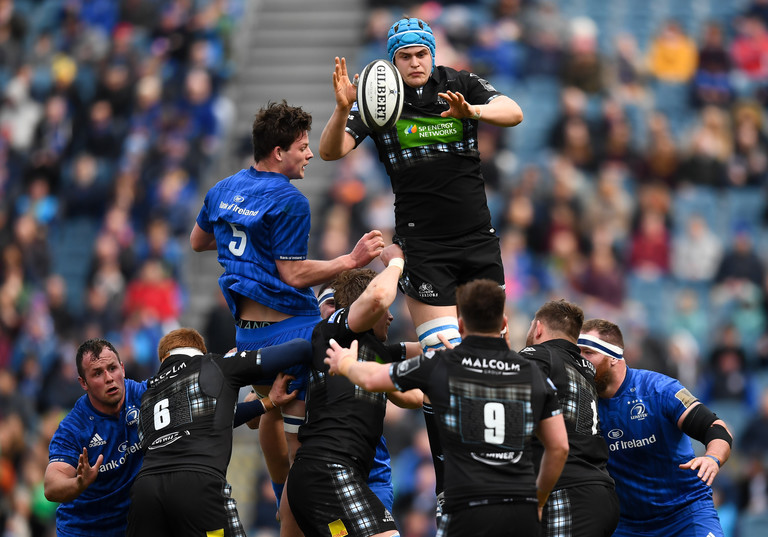 Glasgow have named an unchanged team from their 50-20 destruction of Ulster last week.

Leinster have made three changes from the team who beat Munster in the RDS Arena, with Rob Kearney, Johnny Sexton and Scott Fardy replacing Dave Kearney, Ross Byrne and Devin Toner respectively.

Who is refereeing the Pro14 Final?