Where To Watch Munster Vs Ospreys? TV Details For Champions Cup Clash

The Champions Cup is back and it is a doozy of a weekend with three Irish provinces in action this Saturday. Johann Van Graan's side are set for Wales. Here are all the details on where to watch Munster vs Ospreys and team news.

Where to watch Munster vs Ospreys?

The clash takes place in the Liberty Stadium in Swansea on Saturday, Wales with kick-off at 5.30pm. For Irish viewers, it is live on BT Sport 3. The Ulster versus Bath game is live on Virgin Media One beforehand with kick-off for that match at 1.00 pm. 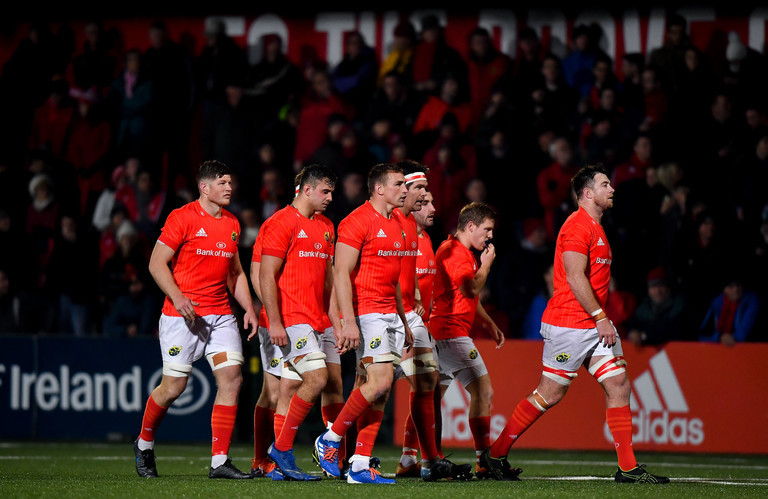 JJ Hanrahan misses out due to injury.

In a pool that also contains Saracens and Racing, it is clear Johann Van Graan's side need to hit the ground running and start with an away win in Wales. After a promising start in the Pro14, it is a welcomed chance to carry that into Europe.

For Ospreys, the return of Welsh internationals is much needed but their form has been desperate.

So as a reminder, you can watch Ospreys vs Munster it kicks-off at 5.30pm on BT Sport 3. You can listen to a full preview of the game on this week's Balls.ie Rugby podcast, World in Union or read Denis Hurley's thoughts here.