Who Is Joe Tomane? The Details You Need About The Leinster Winger

Ahead of Leinster's second European Champions Cup tie against Toulouse this weekend, Leo Cullen caught some fans by surprise with his team selection. With Rob Kearney ruled out due to a "tight quad," Jordan Larmour made the move from 14 to 15. Leaving one free sport in Cullen's starting XV, an apparent choice between Fergus McFadden and Joe Tomane went the way of the latter. Making his first Champions Cup appearance, you may be asking yourself; who is Joe Tomane? Here are some basic details about the long-haired Australian international to get you by. 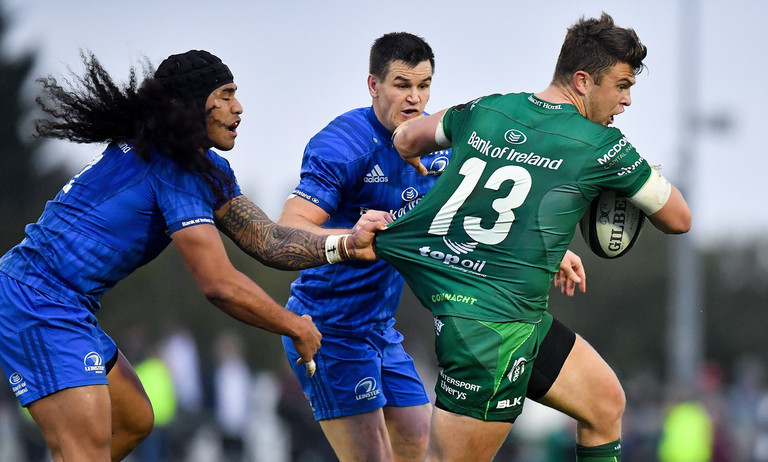 Arriving at the reigning European champions this year, Joe Tomane has enjoyed a varied career to say the least.

Making his start in Rugby League with the Melbourne Storm and the Gold Coast Titan, the 28-year-old Australian international wing and centre only made the switch to Rugby Union in 2011.

Playing Super Rugby with the Brumbies for four years, Tomane left the southern hemisphere for the French club Montpellier in 2016.

After two seasons in the Top 14, Joe Tomane then made the move to Leinster in 2018. Thanks to Rob Kearney's "tight quad," he is set to make his European Champions Cup debut against Toulouse this weekend.

Despite being born in New Zealand, Joe Tomane has made 17 appearances for Australia; his debut coming against Scotland in 2012.

Speaking after it was confirmed that Tomane would be signing for Leinster, Leo Cullen had this to say about the player and his vast experience.

Joe has played in a number of different environments in Australia and most recently in France. I think he is a player that will add considerably to the group and is a player that everyone who supports the team will be excited about. I hope that we will all learn from some of the experiences that Joe has had in both codes of rugby. He has played with some great players and played under some great coaches too so he will add greatly in terms of continuing to develop Leinster's young players.

One of the main factors in signing Joe has been the enthusiasm he has showing in looking to join the club.

Beginning to make strides in the extremely competitive environment that Leinster have created, you now have some basic details regarding who is Joe Tomane?

See Also: Where To Watch Leinster Vs Toulouse? TV Details For The Heineken Cup Clash