Will Greenwood's Tribute To Peter O'Mahony Is Wonderful Reading

Peter O'Mahony has achieved a tonne in a gilded career, but we presume that when he's deep into retirement and feeling nostalgic for his glory days in the trenches,  he'll remember last Sunday's performance in Coventry as one of his finest hours as a sportsman.

Captaining a squad of 23 that featured 13 academy debutants, O'Mahony was relentless, abrasive and inspirational.

It started with the try-saving tackle of in the second minute of the match and it did not stop.

What a line from Thomas Young, but what a tackle from Peter O'Mahony#WASvMUN #ChampionsCup pic.twitter.com/gAUyoNN1TG

After the game, Ian Costello spoke of O'Mahony's immense contribution to the victory.

“He was so good on the pitch today. But again to stress how good he has been the last few weeks. From Monday morning 13 days ago or whatever it was. The way he has led the group. The way he has connected with players.

“He’s taken Daniel Okeke under his wing and so have all the senior players and they have spoken inside and that ranks up with Munster’s special performances and the words they are using inside is that this two weeks is part of their career that they will remember for the rest of their lives.”

It's not just Irish rugby fans who reveled in the performance. Will Greenwood might not be everyone's favourite rugby pundit in this country but his love letter to the greatness of Pete in today's Telegraph really deserves to be read.

After watching the 'quietly perfect' O'Mahony play against Wasps, Greenwood finds himself daydreaming about what it would be like to play in the same team as O'Mahony.

O'Mahony is everything I would want from my No 6. I was spoiled rotten by playing with Richard Hill from 1993 until 2005, and there are few I would ever consider his equal. When I watch Peter O’Mahony in whatever colour jersey he is wearing I find myself thinking (as an old duffer) how much fun we could have, and how much damage we could cause, in the same team. A proper player that needs to be mentioned in the same breath as some of the greats.

Greenwood found himself in search of the most irreplaceable player involved in last weekend's rugby, but ended up completely staggered by what the Corkman brought to his side at the Ricoh. It's not just the blood and guts stuff that O'Mahony is often praised for: Greenwood is full of praise of O'Mahony's technical gifts as well, especially in the lineout.

In the line-out, O’Mahony moves up and down and wins the ball at 2, 4, or the tail. For the bonus-point try, O’Mahony took a slightly overthrown ball at the tail, lifted high, back arched, understanding the ball would die in the air as it reached its apex above him. Ball secured, a back peel run saw Beirne put the young hooker Scott Buckley in for a debut try.

O'Mahony may never receive this level of praise from a former Wales player, but this means a bit more coming Greenwood, considering all the legends of the game he's played beside. The article is paywalled but if you were ever going to trial the Telegraph's services, this might be the best chance you'll ever get.

O'Mahony captains Munster this Sunday at Thomond against Castres. 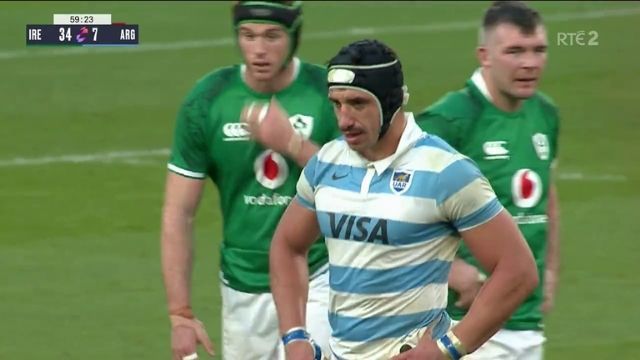