With the Six Nations just around the corner, discussions are now turning to how Ireland will perform in this year's tournament.

Andy Farrell has named a strong looking squad, and considering how they played during the autumn internationals, hopes are high that they will be competing towards the top end of the table over the next couple of months.

That could largely depend on how their fly-halves performs.

Johnny Sexton, Joey Carbery, and Jack Carty have been named in the squad, all of whom are facing into big tournaments. Sexton and Carbery have been struggling with injuries in recent months, while Carty is still relatively inexperienced at international level and has not featured for Ireland since the 2019 World Cup.

Speaking on the VMTV Rugby Pod, Matt Williams said he is slightly concerned about Ireland's options at '10' ahead of the opening game against Wales in a couple of weeks.

The thing I must say that does concern me is our out-half position.

I saw a stat yesterday, and I haven't had it checked officially, but it said that Johnny Sexton's game time since he got injured in the November internationals was only 32 minutes.

The other part of the worry is that Joey Carbery is not far in front of him, I think it was in the 40s or low 50s in terms of game time. In a two-and-a-half or three month period that is really worrying.

Jack Carty, good luck to the young man because he deserved his chance, but it does concern you about who would be your first two out-halves. You would suspect that Sexton would start and Joey will be on the bench, they don't have 80 minutes between them.

If you compare that to the English game time, for which I also saw the stats, they're up in the 300s or 400s in terms of game time. That's down to the rigours of the English competition. Whether it turns into a strength that the Irish players in keys positions are very fit, very fresh, and ready to rock or they are underdone, the Six Nations takes on a life of its own and we don't know.

Overall, it is a very, very good Irish squad. If they play the same philosophy of rugby, I think they could have more success than we hoped.

While Carbery and Carty are both immensely talented players, it is likely that Ireland will be leaning heavily on Johnny Sexton once again this year. That could be an issue when you consider his age and injury record.

Alan Quinlan said that while Ireland have been attempting to bring through another player in that position for a number of years now, Sexton's quality means that finding such a replacement is no easy task.

The over reliance on Johnny Sexton is a concern. That sounds like I'm being critical, I'm not. I just think it's an area in the last couple of years where we needed to get a bit more depth, at fly-half and scrum-half.

Conor Murray and Johnny Sexton have been wonderful players for Ireland over such a long period, and you want strength in depth in key areas and positions.

I think the gap between Sexton and the rest is still there. We haven't seen a consistent run of performances from the understudies.

Jack Carty has had his problems since the World Cup, he was shipped a bit of blame unfairly there, lost confidence and wasn't performing for Connacht. He ended up not playing every week for Connacht when he came back from the World Cup.

We talk about that gap a lot, but when you have a player who has been so consistently good for Ireland and Leinster for so long it is hard. When Ronan O'Gara left Munster, I think that after 10 or 12 years they are still trying to replace him.

That's just the reality of it. Sometimes these quality of players you have to enjoy them while they're there. In an ideal world you'd like to have the same calibre of player coming through to replace them, but that's not always the case.

Andy Farrell will be hoping that Sexton can maintain his fitness over the course of the tournament.

If not, either Joey Carbery or Jack Carty will have a massive opportunity to stake their claim as his successor moving forward.

SEE ALSO: Heaslip And Quinlan Say Tadhg Beirne Has To Start For Ireland 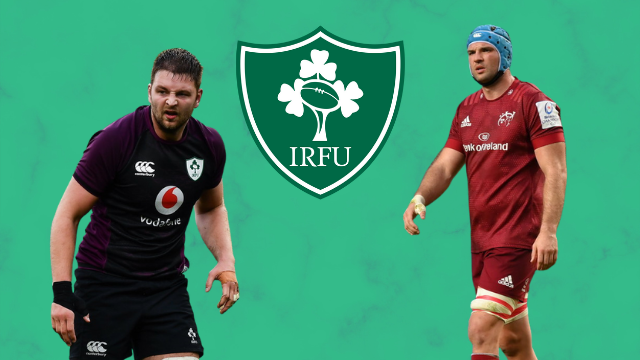