Best Of 2021: 'My Son Played GAA And Rugby. He Met People From All Aspects Of Northern Ireland'

Willie Anderson's autobiography reads like a manual for riling up authority figures. Do you want to learn how to irk Irish rugby's alickadoos or vex a South American military junta? This might be the book for you.

It also has a level of frankness which comes with time. Anderson, who won 27 caps for Ireland, is now 66. He tells us that "there wasn't much to like" about snooker legend Alex Higgins, and calls former Ireland head coach Mick Doyle "a narcissist".

Anderson thinks its title, Crossing The Line, is an apt one for his life. The book is filled with ways he's stepped beyond notional boundaries. "It's more than just a rugby book," Anderson tells Balls on a video call from his home in Derry.

There was the time he nicked an Argentinian flag in Buenos Aires in 1980, an act which resulted in him spending time in jail.

In 1989, while captaining Ireland against the All Blacks, he led his teammates in a nose-to-nose confrontation with the Haka.

During a coaching career with Dungannon, Ireland, London Irish, Leinster, Scotland and others, he regularly went on "the pish" with players. Drinking - and there is a lot of it in the book - was a major part of rugby culture during Anderson's career.

"There's many times I've crossed the line, and some of them haven't been all that pleasant," says Anderson.

"Other times, I'm delighted that I crossed the line.

"I crossed the line to meet people in terms of their religion, and getting to know people where others don't cross the line." 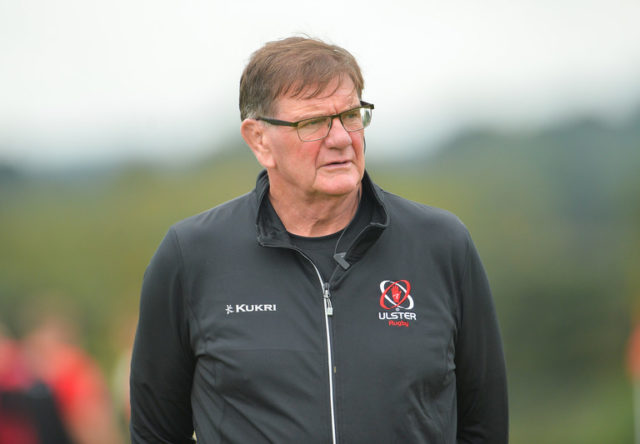 15 September 2018; Ulster Head coach Willie Anderson during the U19 Interprovincial Championship match between Ulster and Leinster at Newforge Country Club in Belfast. Photo by Oliver McVeigh/Sportsfile

Anderson grew up in the Tyrone village of Sixmilecross. Gaelic football was alien to a kid from the Protestant side of the community, but it being the sport played by those "over the hedge" did not stop him developing a love of the game.

"They combined to play together. I remember getting to the semi-final of the senior cup. There were eight Protestants and seven Catholics on the team. To me that's the way it should have been.

"I just thought, 'What's the difference here?' There wasn't any difference. Even before that, I had a love of Gaelic football.

"By travelling around Ireland playing for Dungannon, I'd met a lot of people who'd played Gaelic and rugby. I just find the game so close to what rugby was.

"I used to train with the O'Donovan Rossa Magherafelt team every summer when I was teaching and living in Magherafelt. I got to know a lot of friends there - people who've been lifelong friends like Patsy Forbes and Seamie Higgins.

"Mickey Harte was at school at the same time as I was. We played for Omagh Accies. Then later on I got to know Peter Canavan who just lives over the hill from me near Sixmilecross up near Ballygawley. There was no difference. He was a PE teacher, I was a PE teacher. He excelled at Gaelic football, and I did well at rugby. The same dedication was there.

"Ben Glancy, my doctor, was involved with the Derry side. He got me involved, and I got to know Anthony Tohill, and a lot of the Derry guys during their campaign in 1993."

I was so proud of Tyrone on Saturday. As a team they played a game Mayo couldn’t compete with. They played for each other and never stopped until the final whistle. What a performance and I’m proud to be Tyrone man from the ‘Cross. W

Anderson never got the opportunity to play Gaelic football himself. "Unfortunately, in those days, you could have, but you would have been regarded not particularly well by either side. I'd like to think things have moved on a lot more now," he says.

For his son Thomas - who played rugby for Ulster and the Ireland U20s, and football for The Loup in Derry - they certainly did. Anderson believes his son's rugby career, and life in general, benefitted from him being involved with the GAA.

"There were two benefits: One is he still has great friends in the Gaelic club down here in The Loup. Also, it really helped his handling, and his eye for the ball - lineouts, restarts. And just being aggressive. Gaelic football is an aggressive sport," Anderson says.

"When he was 10, 11, 12, and starting to play Gaelic football, they got to a final. There might have been 2,000 people at the game down in Newbridge here. I'm saying to myself, 'Jeepers, you wouldn't have that at U12 level in rugby'. There was a partisan crowd. It wasn't cricket-like. It was robust stuff. I think that helps kids as well.

"He went out a couple of nights with the Gaelic boys and the rugby boys. He said to me, 'That's fantastic, Dad, I'm glad I'm playing Gaelic because I've got friends'." 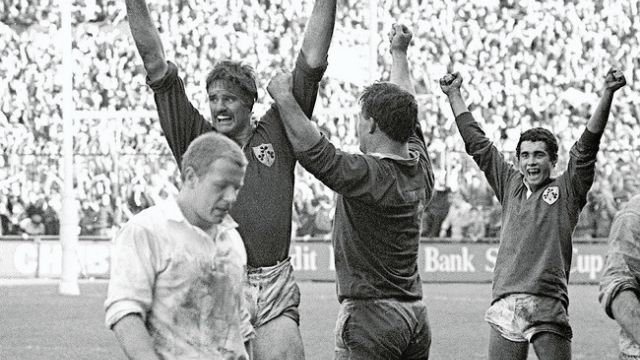 Anderson's friendship with Mickey Harte continued beyond them playing rugby together for Omagh Accies. While Harte was managing Tyrone to All-Ireland titles in the noughties, and Anderson was coaching rugby, the two would regularly ask each other for advice.

"Mickey was doing so well with Tyrone. He would talk to me about what sort of things I was doing with players.

"When he was doing well, and I was coaching, I'd ring him up and ask him, 'How would you approach this game?' He gave me a good bit of advice on how to become the favourites but still perform.

"We would have met each other at a lot of Gaelic dinners because we spoke at them a lot."

Anderson spent part of his life working in education as a PE teacher. Now retired from a role with Ulster Rugby, he still takes coaching sessions at The Rainey school in Magherafelt, imparting his 'keep the ball alive' style to players and coaches. 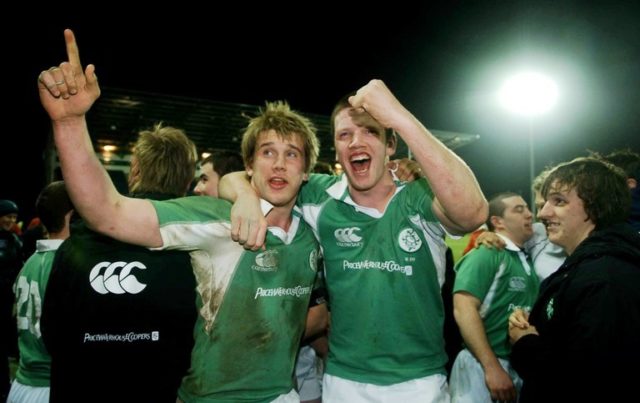 He thinks, just as he did in taking an interest in Gaelic football, that he'd "like to see a few more people cross the line in terms of Northern Ireland and Ulster", and that it should begin with greater integration of the Catholic and Protestant communities in the education system.

"That's where we have to start," he says.

"The proof in the pudding was that my son played Gaelic and played rugby. He met people from all aspects of Northern Ireland. I did the same. I went and played down The Loup here, made a lot of friends.

Crossing The Line, by Willie Anderson and Brendan Fanning, is available to buy now.

Featured image: 26 May 2001; Man of the Match David Humphreys of Dungannon with coach Willie Anderson and Terry Jackson following the AIB All-Ireland League Final match between Dungannon and Cork Constitution at Lansdowne Road in Dublin. Photo by Matt Browne/Sportsfile

See Also: 32 Of The Most Stirring Photos From Irish Sport In 2021 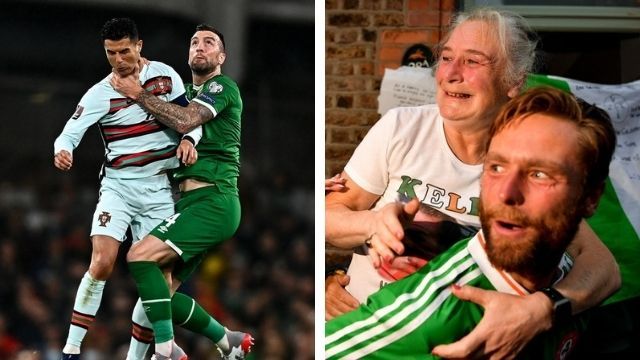 Rugby
2 weeks ago
By PJ Browne
Remembering The 'Far From Friendly' Munster v Rest Of Ireland Game From Good Friday 1999
Irish Life
3 weeks ago
By Balls Team
12 Of The Greatest Pieces Of Commentary In Irish Sport
Rugby
3 months ago
By Balls Team
13 Opposition Quotes Which Prove The Greatness Of Paul O'Connell
Popular on Balls
Football
1 day ago
By John Dodge
These Are The Irish Footballers Who've Received Ballon D'Or Votes
Rugby
11 hours ago
By Colman Stanley
Jimmy O'Brien Announced His Arrival On The Biggest Stage This Afternoon
The Rewind
15 hours ago
By Gary Connaughton
Quiz: From Which Irish County Did This Company/Product Originate?
Football
17 hours ago
By Gary Connaughton
Carragher Reveals Unhappy Instagram Message From Lionel Messi After MNF Comments