The Aviva stadium was an unfortunate victim of a banter event this afternoon as Jarvo, sport's most annoying gatecrasher, found his way on to the pitch during the anthems preceding Ireland v Japan.

Sporting a Japan jersey and the trademark #69 jersey, Jarvo - real name Daniel Jarvis - stood beside the Japan during their anthem "Kimigayo"

The self-described "Comedian/Film Maker/Prank-Star"  was later escorted from the pitch by stewards. 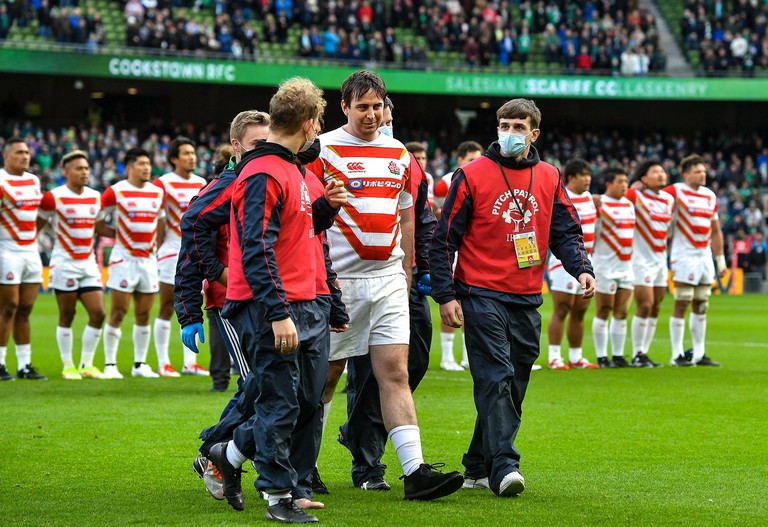 6 November 2021; Daniel Jarvis is removed from the pitch after joining the Japanese line-up for the national anthem before the Autumn Nations Series match between Ireland and Japan at Aviva Stadium in Dublin. Photo by Brendan Moran/Sportsfile

Jarvis was last seen at the Principality Stadium last weekend in an All Blacks jersey ahead of the Wales-New Zealand game.

Jarvo said after the game that he wasn't even arrested for the incident.

"When I got there, there weren't any stewards at the bottom of the steps. Then all the stewards come, and I was like, 'No!', but then one moved.

"So I had to quickly take my jacket off, walk down and jump over, but I forgot about the mask! That gave it away.

"If I'd got on there without the mask, I think I'd have been on there a lot longer."

While no one finds these capers amusing, they do ask questions about in-stadium security if someone as recognisable as Mr Jarvis can saunter onto the pitch in consecutive weeks in such high-profile sporting events.

Jarvo said in the same interview he has never been fined for his "pranks".

"When I first started doing it.... That one, I was panicking," he said about a stunt during a diving event at the 2016 Olympics in Rio de Janeiro. 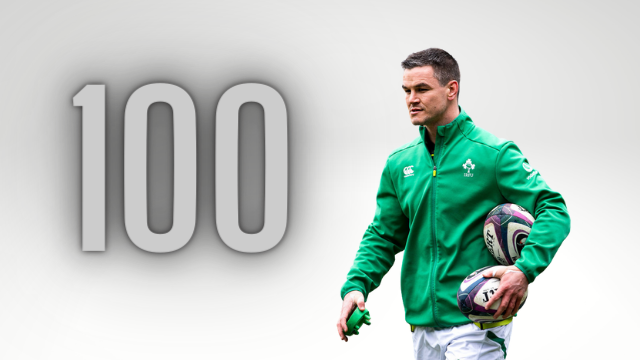 Rugby
2 months ago
By PJ Browne
'I Didn't Even Get Arrested For It. They Just Kicked Me Out'

Rugby
2 months ago
By PJ Browne
'I Didn't Even Get Arrested For It. They Just Kicked Me Out'
Popular on Balls
Golf
1 day ago
By PJ Browne
Seamus Power Into World's Top 50 Golfers After Another Great Weekend
Football
23 hours ago
By Gary Connaughton
Some Pundits Are Revelling In Rafael Benitez's Everton Sacking
32