How Worried Should We Be By Connacht's Poor Start To The Pro12 Season?

Life as Pro12 defending champions has not begun as smoothly as Connacht would have liked. Last season's stunning - and highly unexpected - league title win has certainly put a target on their backs, and as is often the way for smaller clubs that rise above the parapet, their opponents have risen to the challenge of inflicting some painful early-season defeats on Pat Lam's men.

Two games into the new season and Connacht lie rock bottom of the table, with a zero in the points column, and a points difference of -57 having shipped a huge 73 points in two matches.

It's certainly not the start they were hoping for and has no doubt dented pride as well as confidence as they go in search of a season where Lam's intended target is to reach the Champions Cup knock-out stages as well as regaining their spot in Europe's top-tier next season. Ten tries conceded to two serves to further highlight how blunt their attack has been early doors this season.

It's of course not unknown for these hangovers to curse unexpected winners. Leicester City are going through their own poor start to the season in the Premier League as they lie 16th in English soccer's top flight with just one win from their opening four ties.

That hangover has also been fuelled by a lack of a proper pre-season. They played Montpellier on 11 August, but three cancelled other pre-season ties meant that they came into the Pro12 very undercooked in terms of time on the clock. A pre-season clash with Clontarf and a training game against amongst the squad themselves were poor substitutes for a full four-match pre-season card. Thirty-two players featured for Connacht in that clash with Montpellier, which further serves to highlight how little squad time they had to prepare and function in the build-up.

Having Glasgow in the opening tie always looked like it could be challenging for Connacht; the Scottish side went down twice in back-to-back fixtures at The Sportsground last season, in the last league round and also the semi-finals.

But Sunday's defeat to Ospreys gave the impression that the opening day defeat was possibly more than a blip.

In terms of the technicalities of where Connacht have been lacking, there's been a few key areas that need addressing.

Width has been a major issue - especially in defence. Connacht are being pulled in off the fringes as they commit large numbers to defence, leaving them exposed down the flanks after numerous phases of play.

Tommy Seymour's try just after before half-time for Glasgow best exemplified this as he was left in acres of space to gallop over for the score.

Likewise there has been space opening up around the fringes of the ruck, with Connacht getting caught between defending the fringes, and pushing out further away from the breakdown.

This largely seems to be a product of defensive uncertainty and a lack of cohesion in their system more than anything else. Again, game time, or a lack thereof, is likely to be largely responsible. But it was a feature that has appeared regularly over the last two weekends. 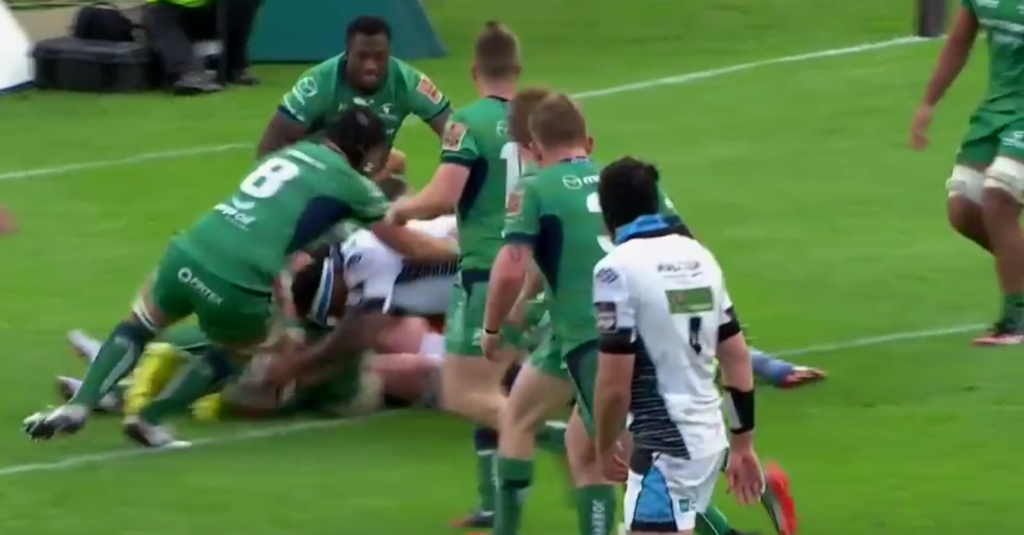 As for their 32-11 defeat to Ospreys yesterday, their fitness levels were perhaps the biggest factor called into question. When Eoin McKeon crashed over for a try in the 56th minute the Westerners led the tie 11-10. But the last quarter saw the team wilt as they conceded three tries and fell to a convincing defeat.

The good news for Connacht is that it's all fixable. The defensive issues which have dogged them for the last two weekends are completely at odds with their defensive magnificence last season; a facet of their game which underpinned their style.

Things can turn quickly in sport, as in life, and with Lam's team taking on the enticing prospect of Zebre away at Stadio Sergio Lanfranchi next Saturday, the chances of a first-season win and breaking their losing streak is very good indeed. Looking a bit deeper into the fixture list, Connacht also have Scarlets away in round four, followed by Edinburgh at home in round five.

Both Zebre and Scarlets have also had poor starts to the season and are languishing down the basement end of the table. Edinburgh sit just a little higher in the table, with a win pushing them up to seventh. It is conceivable that Connacht could come away from that trio of ties with 12 points and be launched into the top half of the table. Indeed, those three ties will give a very good picture of whether their start to the season was a blip, or something that will require more time to resolve and potentially lead to a very difficult first season as defending Pro12 champions.

Rugby
2 months ago
By PJ Browne
Quiz: Can You Identify These 10 Connacht Overseas Players?
Previous Next

Rugby
1 month ago
By PJ Browne
'Getting That First Kick Vs England Was Huge. 8 Years Ago I Couldn’t Kick For My AIL Team'
Rugby
1 month ago
By Balls Team
Connacht Confirm Signings Of Munster And Leinster Duos
Rugby
2 months ago
By PJ Browne
Quiz: Can You Identify These 10 Connacht Overseas Players?
Popular on Balls
The Rewind
20 hours ago
By Mark Farrelly
How To Stop Your Glasses Fogging Up When Wearing A Mask
4

Football
16 hours ago
By Gary Connaughton
Watch: Son And Lloris Have To Be Separated During Halftime Confrontation